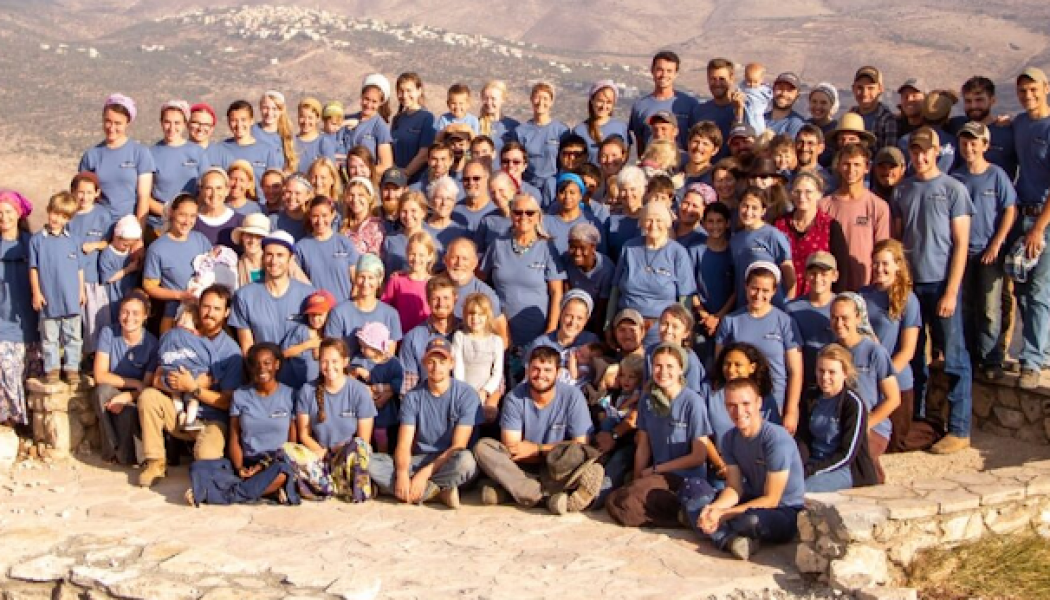 Waves have been made in the Israeli media over an Evangelical Christian group managing to secure visas for its foreign volunteers at a time when the country’s borders are closed to non-citizens.

HaYovel is a US-based ministry (though the core staff resides in Israel much of the year) whose primary mission is aiding Israeli farmers in Judea and Samaria (the so-called “West Bank”) during the annual grape and olive harvest seasons. While here, the group’s volunteers are also educated and equipped to become ambassadors for what God is doing in Israel today.

Needless to say, the coronavirus policies that have shut Israel off to all but returning Israeli citizens were a devastating blow to HaYovel’s vision and mission. Or at least, they would have been. Instead, the closure produced what could be seen as a tremendous testimony.

“We were worried about having to shut down the operation since we only had eight of our staff members in the Land. Normally for a harvest season, we get 300 volunteers coming through in addition to staff,” HaYovel’s Executive Director, Zac Waller, told Israel Today. “So we talked to the vineyard owners to figure out a solution, and at one point even considered bringing in a mechanical harvester to complete the mission. We also reached out to our contacts in government, and finally started to see miracle after miracle. In the end, we were able to get 50 volunteers here.”

The use of the word “miracle” here is not an exaggeration. As noted, Israel has closed its borders to all non-citizens. The obvious victim of this policy has been the tourism industry. But no less impacted have been Israel’s small farmers, many of whom rely on foreign volunteers and laborers to tend and bring in seasonal crops. In the best of times, Israel’s government pays inadequate attention to these farmers. So for HaYovel’s petition to get before the right eyes, let alone be considered and approved, is, in fact, nothing short of a miracle.

Even with a Divine hand opening doors, everyone assumed to be shut and locked, this is still Israel. The bureaucracy is thick, and the feet are often dragged. And though the approval for HaYovel’s volunteers came in what many would consider record time for a visa matter, the mandatory quarantine for all incoming passengers still meant they wouldn’t quite get to the vines in time. But then another miracle occurred – the grapes waited for the volunteers.

“We always base the timing of the harvest on the biblical feasts,” explained Waller. “And every year we hit it spot on, but this year the grapes just weren’t ready. They were about three weeks later than normal. But it just so happened that the first day of the red grape harvest was the first day that our volunteers got out of their mandatory two-week quarantine after arriving in the Land. Thank God, it’s just all coming together.”

“We need volunteers, too!”

HaYovel’s incredible story did not go unnoticed. Sadly, the only bit that the secular Israeli media focused on was how these Christians had somehow sidestepped restrictions under which others have been left groaning.

And that caught the attention of other Christian institutions that likewise run volunteer programs, and who felt that in light of HaYovel’s success, they were being unfairly denied visas by Israel’s Interior Ministry.

“We need visas, too!” read the headline of a letter sent to the Israeli government by The Assembly of Catholic Ordinaries of the Holy Land.

The Catholic officials said they were “astonished” to learn that American Evangelical volunteers had secured visas, while they have been unable to do the same for volunteers that normally serve at hospitals, schools, and elderly homes that are administered by the Catholic Church.

“We have been repeatedly told that visas cannot be given because of the COVID-19 pandemic,” the Catholics complained, seeming to suggest that the Israeli government was giving preferential treatment to more pro-Israel Christians.

“Agriculture is kind of a special category,” he noted. “Even in times of lockdown, agriculture has got to continue so that the stores can stay stocked. In addition to that, we are living and working in rural areas, aren’t doing tours, we aren’t around a lot of people or going into populated areas. Our risk of exposing or being exposed is minimal.”

Israel Today can indeed confirm that there is no special consideration being granted to Israel-supporting Evangelical ministries in regard to volunteer visas. Many of the Evangelical ministries based in Jerusalem and Tel Aviv have had to operate during this period with greatly reduced staff numbers due to the blanket ban on entry visas.