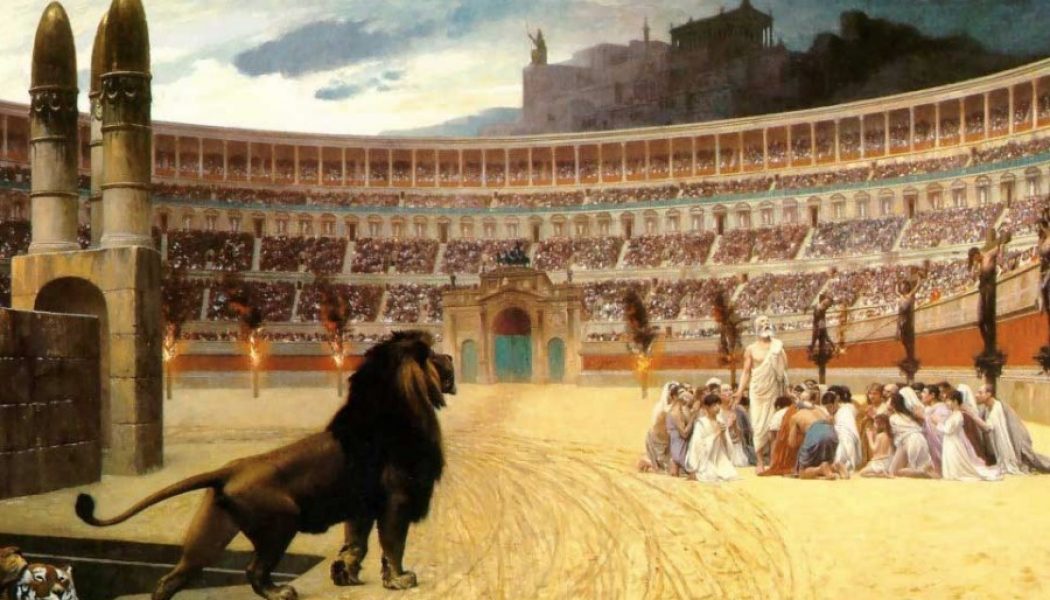 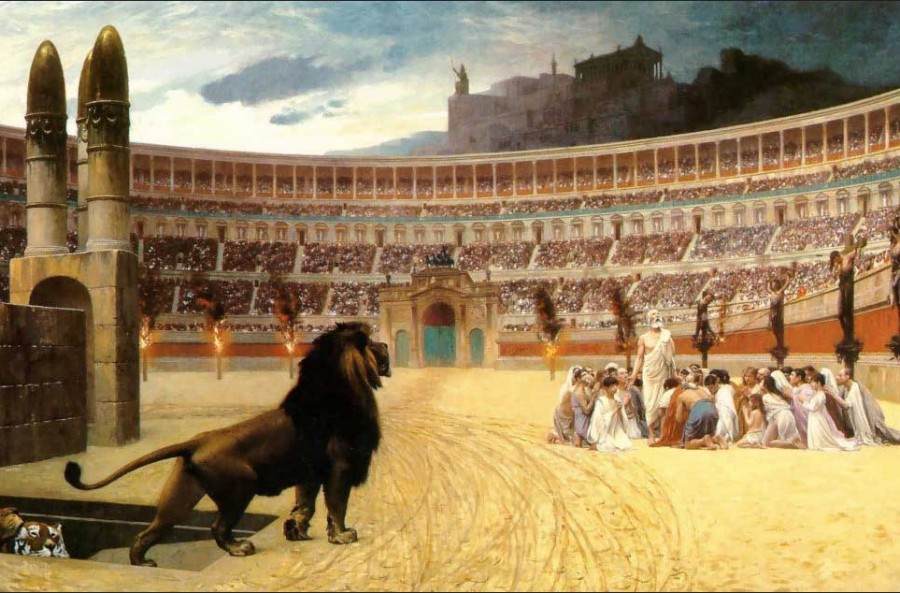 Christians seem to like this meme. The line usually goes with one of the classic pictures of Christians being martyred. Like the one above, showing Christians in a Roman coliseum as the hungry lion sees them. The line is: “God loves you and has a wonderful plan for your life.”

It’s funny, and a good reminder of where your faith can take you. But only if you really have enough faith to go all the way. Do we? Would we die for Jesus? We have one way of knowing — that is, as much as we sinful creatures can know.

He Could Have Risen to the Top

One of the English writer Evelyn Waugh’s great passages gives the answer. It comes in his biography of Edmund Campion. Campion was an enormously gifted young man who could have risen to the top of the English establishment, had he not become a Catholic and then a priest. He did that when England was trying to eliminate Catholicism by imprisoning people who still practiced the old faith and killing the priests the government could catch.

Knowing this, Campion still chose to become a priest, because he believed God called him to serve that way. He knew he would almost certainly die brutally. By the way, I’m not making any theological point here about Protestants and Catholics. Even if you think Campion made the wrong choice, the way he made it and the way he lived it out give us a model for faithfulness — faithfulness to the end.

Waugh offers an insight into Campion’s faith by comparing him with a peer from his time as a student at Oxford. He’s writing about a fellow student named Tobie Matthew, who seems to have been the other superstar student of the year. Noticed by Queen Elizabeth when he gave a speech during her visit to Oxford, he rose and rose and reached the top of English society. Campion could have done the same.

It’s a long passage, but I’ll quote almost the whole thing. Waugh writes that “a splendid career lay before him. He became Canon of Christ Church four years later; in 1572, at the unusually early age of twenty-six, he was made President of St. John’s [college], where he set himself to release the college from its obligation to receive poor scholars elected from the Merchant Taylors [school]; four years later he was Dean of Christ Church, later Vice-Chancellor [of the university]; from there he turned to the greater world, become successively Dean and Bishop of Durham, and, finally, Archbishop of York.

“He was a talkative little man, always eager to please, always ready with a neat, parsonic witticism; the best of good fellows, everywhere, except in his own family. When, on the Council of the North, he was busy hunting down recusants [people who remained Catholics], he was full of little jokes to beguile his colleagues. He was a great preacher. . . . He married admirably, a widow of stout Protestant principles and unique place in the new clerical caste, which had sprung naturally from the system of married clergy; Frances Barlow, widow of Matthew Parker, Junior; she was notable in her generation as having a bishop for her father, an archbishop for her father-in-law, an archbishop for her husband, and four bishops for her brothers.

“Tobie Matthew died full of honours in 1628. There, but for the Grace of God, went Edmund Campion.”

The One Way of Knowing

Where went Edmund Campion? To the gallows. But not just the gallows. Execution then was even more violent and gruesome than just hanging a man. He wasn’t dropped suddenly, so the fall broke his neck and killed him instantly. He was strangled but not quite to death. The executioners then cut him down, cut off his “privy parts,” cut out his intestines and burned them in front of him, and finally cut off his head.

This was standard operating procedure. Some executions were even worse, with the victims’ arms and legs tied to four horses who pulled in different directions.

I said we have one way of knowing (as much as we can) if we would go all the way to death in serving Jesus. Campion’s life gives the answer. It’s got two parts: the beginning and the middle. The beginning: He chose to follow Jesus knowing what would happen to him. He chose with open eyes a work that would mark him for life and make him a target.

But would he persevere when the persecutors finally caught him? How could he tell he wouldn’t bail to save his life? By the way he lived his life. That’s the middle part. He chose for Jesus over and over and over and over. Each choice cost him something. He practiced being faithful, in little things and big things. He grew both in his love for his Lord and his ability to say no to the world. When the persecutors threatened to kill him, he loved Jesus too much and was too well-trained to give in.

Life in the Middle

How faithful are we in little? Do we walk the second mile, turn the other cheek, forgive those who hurt us, stand up for others who need our help, stand with Jesus when the world demands we give Him up?

A lot of that training is really basic, little things we might not even notice. Like not complaining to yourself about your spouse or children when they annoy you. And cheerfully doing the little things for them you wish they’d do themselves. Like listening with as much interest as you can manage to the lonely man at the office who tells long, boring stories, because he doesn’t know how to connect with people. And not joining in the office gossip about him or anyone else.

Like going to bed early so you can get up earlier to read Scripture and pray. And reading that tedious book of theology to know your faith better, in case you have to explain it to someone. Like giving up watching the team you love so you can give the ticket money to people who need it. And volunteering for the church work day when you’d rather sleep in.

And most important, standing up for Jesus when you need to. That’s the best training and the best test. Will you really face the lions if you can’t face the conceited atheist at the office?

David Mills is a senior editor of The Stream. After teaching writing in a seminary, he has been editor of Touchstone and the executive editor of First Things. He edits the site Hour of Our Death.