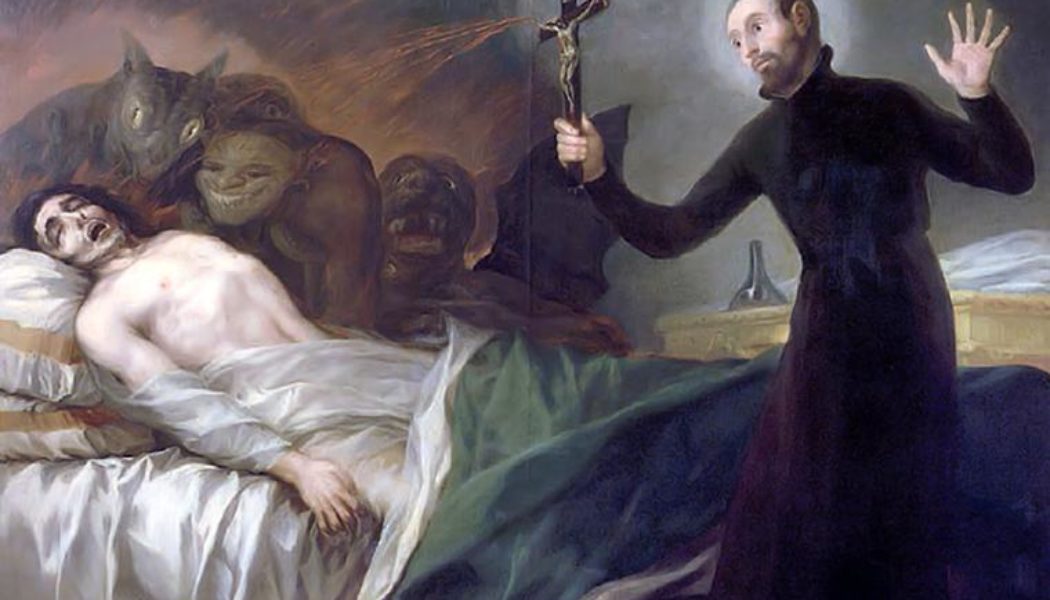 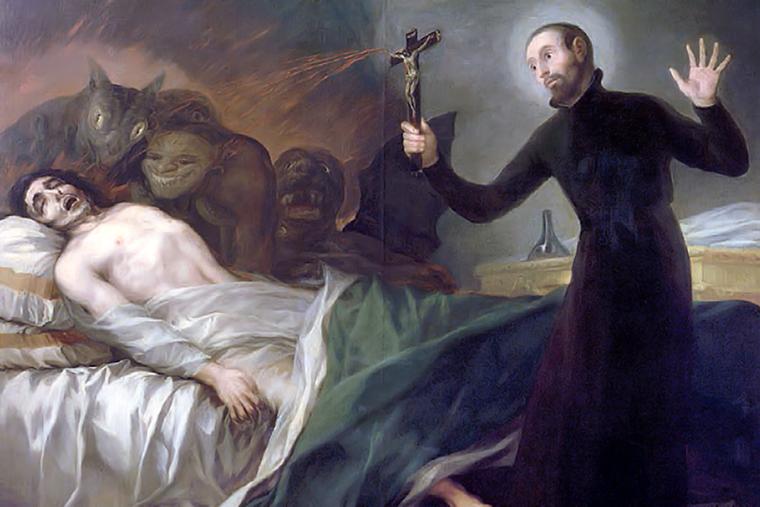 Some of Father Sebastian Walshe’s greatest experiences as a priest is going to people’s deathbeds and giving them the sacraments. A younger me might have rolled my eyes. Fun guy, right? Now as a parent with some children who have left the Church, I find his story very exciting and hopeful.

“I have so much optimism as a priest when I talk to parents whose children have been away from the faith and there seems to be no hope,” he said in a talk, “The Grace of Deathbed Conversions,” for The Coming Home Network International.

“I’m totally optimistic because I see what happens. I go to someone’s deathbed and the story is so often the same. … ‘I haven’t been to church in 40 years … I stopped practicing the faith when I was a teenager.’ And there’s this little call in their heart. When they get closer to death, this grace of conversion comes. And so many times, people who look like they were completely beyond conversion, they convert.”

Father Walshe shared the story of his childhood friend, Cynthia. She had converted to the faith thanks to a friendship with a large Catholic family, the Grimms. Her mother had passed away, and her father was nowhere to be found, so her grandmother was raising her. Ironically, her grandmother was very anti-Catholic. But when the grandmother had reached 100 years old and her health was fading, she had a recurring dream of being invited to a party but being unable to go.

Cynthia asked Father Walshe if he would visit her grandmother. He addressed the recurring dream suggesting that perhaps she was being invited to go to Heaven as a Catholic, but unable to do so without Baptism.

“That would be nice,” she answered. A couple days later, a priest from the nearby abbey came to baptize and confirm the grandmother who was then able to go to Mass and receive Communion one time before she died.

“When being baptized she said her mother would be so happy,” Father Walshe shared.

“Why,” Cynthia asked her grandmother? “You were always so anti-Catholic”

Her grandmother explained, “I never told you that my mother was a Catholic, but my father was an atheist, and he forbade her from practicing the faith and passing the faith on to us.”

“So that woman who had been dead for maybe 40 years,” Father Walshe noted, “her daughter ends up entering the faith at 100 years old.” Not only was Cynthia’s grandmother converted, but her own mother was converted and baptized on her deathbed. And a short time later, when Father Walshe went to see the Grimms family, they had just gotten off the phone with Cynthia’s brother. He was in the hospital and having surgery the next day and wanted to know if Father Walshe would stop by to see him.

“I have not lived a good life,” he told Father. “I want to be baptized.”

Since he was having surgery the next day, the uncle was able to be baptized and confirmed. He never recovered, but he read the Catechism of the Catholic Church, which Father had given him in his remaining days, until dying on the feast of Our Lady of Sorrows.

That woman whose husband was an atheist had every one of her family members become Catholic before they died.

“Isn’t that amazing?” Father Walshe noted. “So, when I hear from these poor forlorn mothers, worried and anxious about their children and grandchildren away from the faith, I tell them, ‘Hey, look, I have some inside information for you. … You pray, you cry, you do everything you need to do, God is going to listen you. He is going to hear your prayers.’”

The Power of the Rosary

A most powerful prayer for conversions is the Rosary, according to Father Walshe, because when we pray the many Hail Mary’s of the Rosary, we ask Our Lady to pray for us now and at the hour of our death.

“That’s pretty much the two defining moments in everyone’s life,” he said. “The present is all you have, and then the moment you especially want our Lady to pray for you is at the moment of our death. That is a moment of supreme importance and that is when our lady is most present to every soul, literally at the hour of their death.”

St. Faustina talked about the miracles of Divine Mercy that happen even when it seems like there’s no hope, according to Father Walshe. He explained that the devil is frustrated when he is unable to snatch a soul from heaven at the moment of death.

The Mercy of the Deathbed

There was a holy nun named Venerable Sister Mary Potter (1847-1913) who founded a religious order dedicated to prayer for the dying. “There is none [work] greater, none more salutary for the saving of souls and people in heaven,” she wrote in her book, Devotion for the Dying: Mary’s Call to her Loving Children.

Potter recommended offering sacrifices and putting sinners into the heart of Our Blessed Mother, praying to her and the Holy Spirit and invoking the Most Precious Blood of Jesus. Potter did not have the Chaplet of Divine Mercy yet as St. Faustina received it from Jesus after her death.

In the Diary of St. Maria Faustina Kowalska we read that Jesus impressed upon St. Faustina the importance of praying for the dying. He taught her the Chaplet of Divine Mercy and asked for it to be prayed especially for sinners and the dying, saying: “Write that when they say this chaplet in the presence of the dying, I will stand between my Father and the dying person, not as the just Judge but as the merciful Savior” (No. 1541).

It’s not just parents praying for their children, either. Sometimes, children are praying for their parents, as recounted in “Deathbed Victories: Three Accounts of How Grace Conquers Sin, Even in Life’s Final Moments.”

In “Get to Heaven with the Help of Our Lady, St. Joseph and the Holy Eucharist”, Father Joseph Aytona shared a deathbed victory where the voice of Satan tried to interfere. He explained that in preparing for our own eternity, turning to Our Blessed Mother (the one who gave Jesus life) and St. Joseph (the one who saved Jesus’ life from Herod) holds great power to save us too.

Father Joseph also shared that the easiest route to heaven is through the Holy Eucharist. In that spirit, the Catholic Church in the United States began a three-year Eucharistic Revival on June 19, the feast of Corpus Christi. Jesus invites us to the source and summit of our faith: his Real Presence in the Holy Eucharist. Drawing closer to Jesus and receiving him in Holy Communion heals our own souls as we also pray for the souls of others, that we will all meet in heaven one day.

Check. Colour light benefits - ledboxframe. Furniture and equipment recommendations according to your budget.