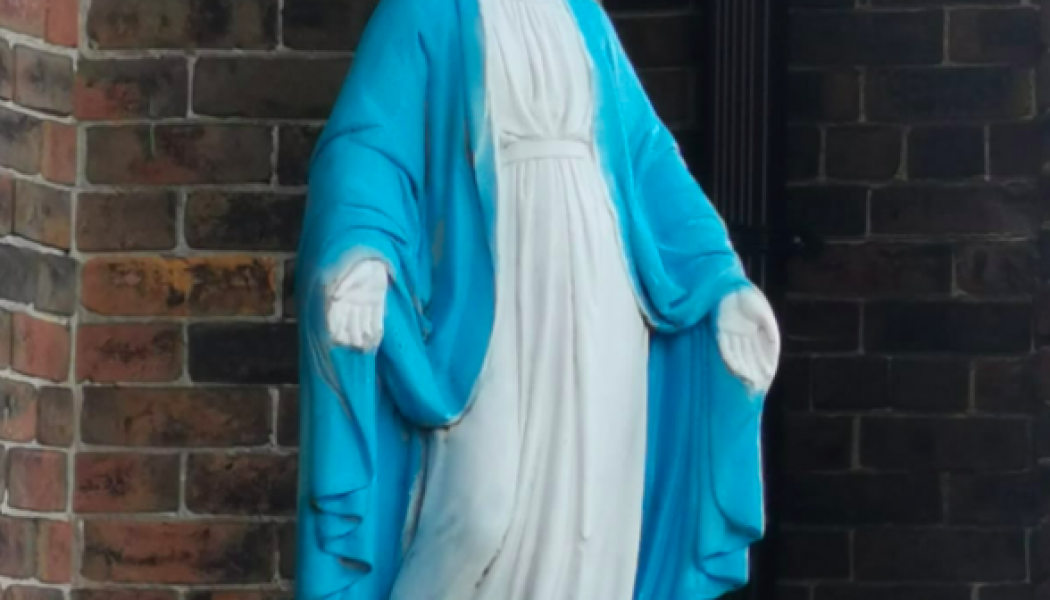 Vandals decapitated a Maronite church’s statue of Our Lady on Sun., Aug. 30. in Toronto, Ontario in Canada.

Our Lady of Lebanon Catholic Church announced the “horrible act of vandalism” on their Facebook page. The parish said they discovered the statue “completely decapitated in front of the church” just before their Sunday Masses.

The parish added that they “could not find the head anywhere near the statue.”

The full post reads, “Sunday, August 30th, 2020, before we started our Masses at Our Lady of Lebanon Church Toronto, we were shocked to discover a horrible act of vandalism: we found that the statue of the Virgin Mary, erected in front of the church, was completely decapitated!

“This was [most likely done] during the night or at dawn. We couldn’t find the head anywhere near the statue.

“When exiting the church, our parishioners were horrified to see such a deplorable and malicious act. We already contacted the police and sent them some pictures, and asked them to investigate the matter.

“On the other hand, we are reviewing the [security camera feeds] installed around the church premises, hoping to find some leads to whomever [did this].

“Thank you all, dear parishioners and friends, for your calls, emails and messages, in which you [expressed] your concerns and deplore this ugly act.

“May God bless you all, through the intercession of Our Lady of Lebanon.”

Here’s how some users responded:

One user said, “This act of intolerance is beyond the pale. There is no justification whatsoever for such a crime. This is not the Canadian way. I am dismayed and revolted by this insane act. The police should investigate ASAP and arrest the culprit(s). Every Canadian who believes in our values should condemn this act of barbarism.”

Another user said, “That is a terrible act of hate. I hope you don’t stop [until]…the police catch who did it. May God bless and protect all our churches.”

Another user added, “Pray for them–especially on the first Saturday of the month devotion to Our Lady, in reparation for all the offenses committed against her.”

Our Lady, Help of Christians, please pray for us!