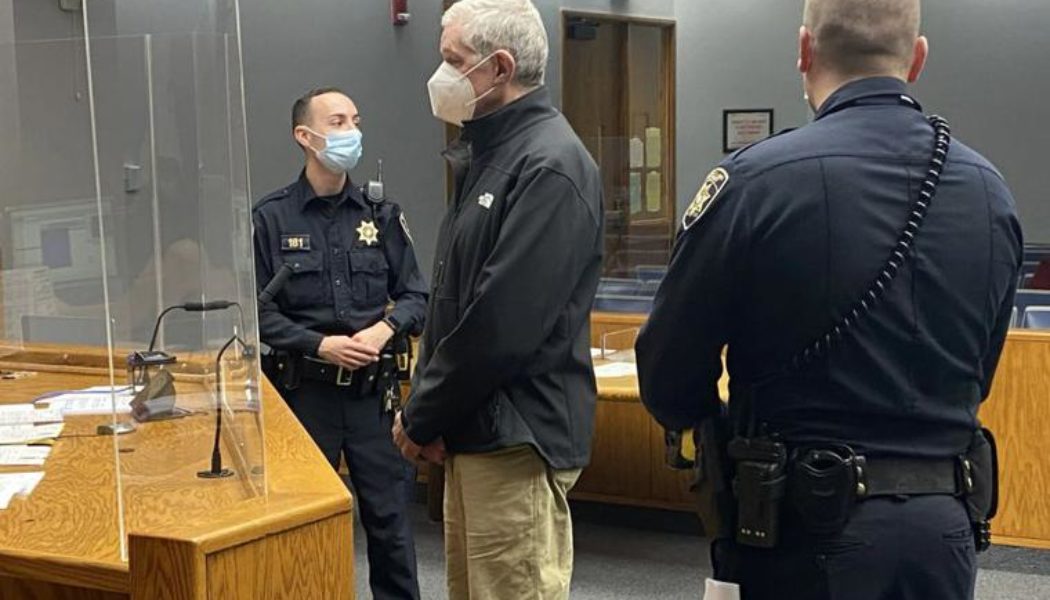 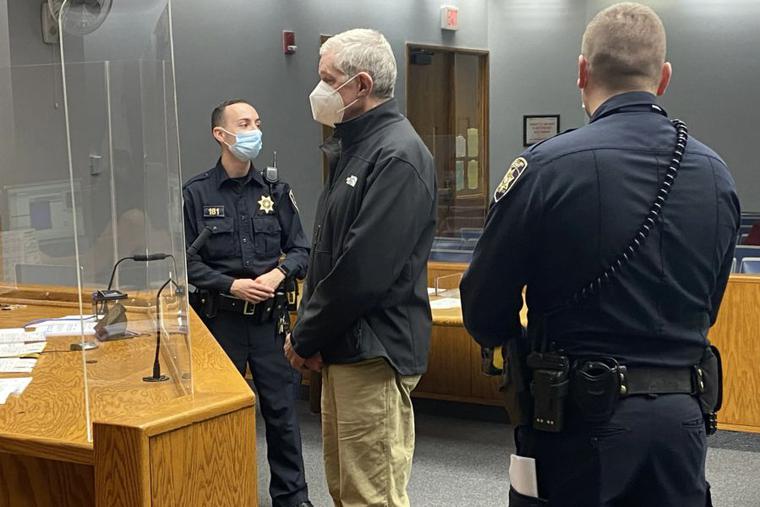 It’s unclear when the next hearing will be. In addition to federal proceedings, Father Jackson is also being investigated by a local police department in Kansas.

PROVIDENCE, R.I. — Father James Jackson, a Rhode Island priest who was arrested in October on federal and state child pornography charges, admitted Monday in federal court that the government could prove that he violated certain conditions of his pre-trial release.

In his Oct. 3 hearing in U.S. District Court in Providence, Father Jackson admitted that the government could prove that he violated the condition prohibiting him from “possessing any materials including videos, magazines, photographs, computer generated depictions or any other forms that depict sexually explicit conduct involving children,” according to James Rosenberg, a spokesman for the U.S. Attorney’s Office for Rhode Island.

John C. Calcagni III, Father Jackson’s lawyer, did not respond to a request for comment Monday.

Father Jackson, wearing a brown prison uniform, also admitted that the government could prove that he violated the condition prohibiting him from having access to more than one internet-connected device, Rosenberg said.

In addition, Father Jackson admitted that the government could prove that he violated the condition requiring him to “notify his supervising probation officer of all computers or electronic data storage devices where he was residing and to report any additional acquisitions,” he added.

“Additionally, he further admitted that the government could establish probable cause that he committed a new crime, to wit, possession of child pornography, while on pretrial release,” Rosenberg said.

“To be very clear — he did NOT admit that he committed the new crime, only that the government could establish probable cause that he did,” Rosenberg wrote CNA in an email.

Rosenberg said that Father Jackson “conceded that he should be detained pending further proceedings.”

It’s unclear when the next hearing will be. In addition to federal proceedings, Father Jackson is also being investigated by a local police department in Kansas.

Around the time of his arrest in July, Overland Park Police Major James Sutterby told CNA that the department had an ongoing investigation into Father Jackson but he would not elaborate on the details. Sutterby could not be reached for further comment Monday.

Father Jackson’s Rhode Island charges came after the state police had executed a search warrant Oct. 31 at his parish and arrested Father Jackson after determining that he was the owner of large amounts of child sex abuse material found on an external hard drive in an office area near his bedroom, an affidavit states.

Father Jackson was originally charged with both federal and state offenses, but the state charges were dropped as a procedural move in January.

The federal charges of distributing child pornography are punishable by up to 20 years in federal prison, with a minimum mandatory term of incarceration of five years. Possessing and accessing with intent to view child pornography, his other federal charge, is punishable by up to 20 years of incarceration. His trial is set for September.