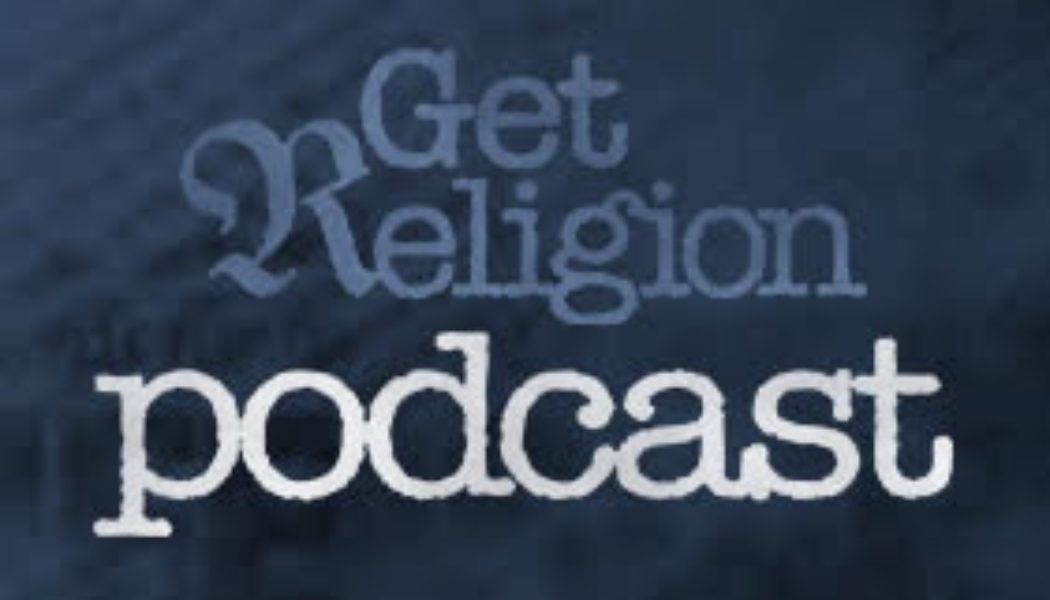 While it may sound strange, I would argue that there are theological “ghosts” hiding inside the great comic Norm Macdonald’s most famous joke. This was the “moth” story, of course.

Right. This joke wasn’t a Saturday Night Live shot at O.J. Simpson or Bill Clinton. It was a long, twisting, bizarre story about a nihilistic moth who was afraid of eternity. It was the kind of joke that fit with the summary of Macdonald’s life and work that opened this Ricochet tribute by Jon Gabriel: “Norm Macdonald — Dostoyevsky in Front of a Red Brick Wall.”

The smartest comedians portray themselves as the dumbest; Norm Macdonald was the best at this sleight of hand. He graduated high school at 14, read Russian literature in his downtime, and had long philosophical discussions with clergy. … Macdonald was a student of human nature first, comedy second.

Macdonald was also a self-identified Christian, yet he made it clear that he didn’t consider himself a very good one.

The question raised during this week’s “Crossroads” episode (click here to tune that in) was whether news consumers had any right to expect journalists to mention that reality in their obits of this brilliant, courageous, edgy, mysterious comedian.

The more I read about him — following some really simple online searches — the more I hoped that someone would spot the religion “ghost” in his death-and-virtue haunted work. It also, at least to me, became obvious that many of his spiritual and religious questions were linked to his secret 10-year battle with the cancer that took his life. Cue these next two YouTube clips (here and here):

So this brings us to a crucial text: The actual “moth story” as it unfolded on on Conan.

Read carefully and keep thinking — Russian literature and maybe even a glimpse of a sacred icon.

Yes, I know that this is long. That’s the point:

‘”He only knows that he has power over me, and that seems to bring him happiness. But I don’t know, I wake up in a malaise, and I walk here and there…”

‘The podiatrist says: “Oh yeah?” The moth goes: “Yeah … at night I … I sometimes wake up and I turn to some old lady in my bed that’s on my arm. A lady that I once loved, Doc. I don’t know where to turn to. My youngest, Alexandria, she fell in the cold of last year. The cold took her down, as it did many of us.

‘“And my other boy, and this is the hardest pill to swallow, doc. My other boy, Gregarro Ivinalititavitch … I no longer love him. As much as it pains me to say, when I look in his eyes, all I see is the same cowardice that I … that I catch when I take a glimpse of my own face in the mirror.

‘“If only I wasn’t such a coward, then perhaps…perhaps I could bring myself to reach over to that cocked and loaded gun that lays on the bedside behind me and ends this hellish facade once and for all.”’

[Conan then interrupted, joking: ‘How long a drive was this?’ but Macdonald continued, unperturbed.]

‘He says: “Doc, sometimes I feel like a spider, even though I’m a moth, just barely hanging on to my web with an everlasting fire underneath me. I’m not feeling good.”

‘And so the doctor says: “Moth, man, you’re troubled. But you should be seeing a psychiatrist. Why on earth did you come here?”

That’s really funny, and dead serious at the same time.

Is it crazy to see theological content in that kind of wild tale, told in his legendary dead-pan style, with his face a mysterious mixture of fake confusion and winking glee?

I would say, “yes.” It’s a bit crazy, but there’s a thread running through that tale that connects many dots in this man’s life. Take, for example, this strange snippet from a 2018 interview at Vulture.

V: I can imagine being on my deathbed and thinking, Why did I waste so many meals on yogurt?
Macdonald: Absolutely. You know, I think about my deathbed a lot.

What do you think about it?
I think I should never have purchased a deathbed in the first place.

Do you go to church?
No, no. I don’t like organized religion so much. I know two rabbis and I talk to them a lot because I don’t understand the Old Testament and they do. They know stuff. I was raised Protestant and they don’t know anything. If you’re in a Protestant household and you bring up Jesus, everybody’s like, “What?! We’re trying eat!” The last thing they want to hear — the last thing anybody wants to hear — is “Jesus.” Actually, if you’re another religion people respect that, but if a guy comes up to you, “Has Jesus … ” “Get out of my face!” “I’m just asking you, do you like Jesus?” “Get out!”

I have to admit that I can never quite follow that line of argument. Aren’t Christians in this country doing okay?
Yeah, they have done pretty good. And you see the power of Jesus when atheists like him. Atheists will go, “Well, that’s not what Jesus would’ve done.” I agree with them! But the two themes I’m interested in now are God and love. That’s the hardest stuff to write about in a comedic way. It’s so easy to write about the pain or the ordinariness of man. It’s not that I have a great deal of jokes right now about love and God, but I thought those would be, by far, the hardest subjects and that that [material] would be part of my third special and then I’d be finished.

Concerning atheists, Christianity, the Bible and Harry Potter, check out this next Macdonald rifle shot (and the looks from the other judges on NBC’s “Last Comic Standing.”

This is getting really long (but you have some great videos to help out), so I will end with one other glimpse into this man’s mind and, maybe, soul.

This is from an episode of the deep-dive cable series entitled “Norm Macdonald has a Show,” which was this man’s version of a late-night talk fest. Thank you to the BibPopCult weblog for this transcription (and go there for additional commentary).

It helps to know that guest Jane Fonda, about two decades ago, briefly identified herself as a “born-again Christian.”

Norm: Are you a religious person?
Jane Fonda: I have faith.

Norm: In Jesus Christ?
Jane Fonda: Nnnn. I’m still a work in progress. I believe in the historical Jesus, and I’ve studied it, and um…

Norm: But do you believe in the hypostatic Jesus?
Jane Fonda: No.

Norm: So, you’re not a Christian. … But, you believe. You believe in something. … I think it shows remarkable humility that you still have not made up your mind.

OK, raise your hand if you were prepared for “hypostatic Jesus” question.

Not many hands, I imagine.

That is not the kind of theological term that many legendary comedians drop into a conversation.

What does it mean? To be blunt, we are talking about one of the most complex, and essential, concepts in Trinitarian Christianity. Here’s the start of a commentary at the Simply Catholic website:

One of the core teachings about the person of Jesus is traditionally called the hypostatic union. This term developed in the early Church, whereby the word “hypostatic” was used officially at the Council of Chalcedon as a way to express the union of Jesus’ two natures. Simply put, it means that in the Person of Jesus are two natures — divinity and humanity — in complete unity without mixture, change, division or separation, as the Council of Chalcedon famously said.

What do you think? The mainstream obits, so far, are totally faith-free (New York Times, here). Let me know if you saw anything that dug deeper than the mainstream-press norm.

Enjoy the podcast and, please, pass it on to others. And here is one final shot of very specific theological content, from Macdonald, himself.

Scripture. Faith. Grace. Christ, Glory of God. Smart man says nothing is a miracle. I say everything is.

Scripture. Faith. Grace. Christ, Glory of God. Smart man says nothing is a miracle. I say everything is.