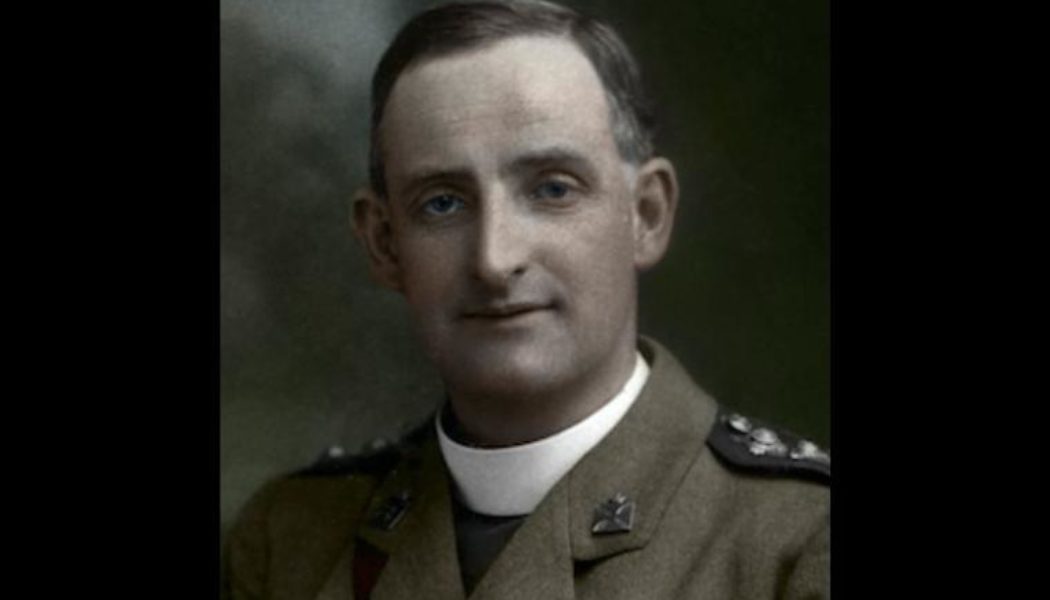 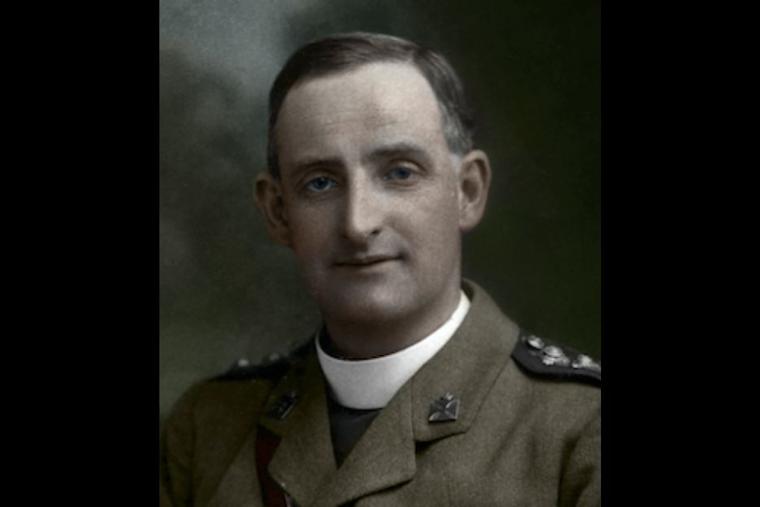 Ireland may have a new saint soon.

The cause of Father Willie Doyle, Jesuit priest and heroic military war chaplain, has just been opened.

Today, Irish Bishop Tom Deenihan, of the Diocese of Meath, issued the requisite edict, stating: “After having obtained the unanimous consent of the Irish Episcopal Conference and the granting of the nihil obstat of the Sacred Dicastery for the Causes of Saints, hereby decree … and inform the diocesan community of Meath that we intend to introduce the cause of beatification and sanctification of the Servant of God Father William Doyle.”

This is the first step in a canonization process. Now, there will be a diocesan investigation into the life and virtues of the now-“Servant of God.” If the process is approved by the diocesan tribunals, it will proceed to the Roman phase, where a panel of expert theologians will examine Father Doyle’s life and virtues. If he is found to have lived a life of heroic virtue, then the Irish Jesuit will be granted the title “Venerable.” Thereafter, the way is cleared for possible beatification and canonization, once the Vatican approves the necessary number of miracles gained through the intercession of Father Doyle.

Speaking to the Register, diocesan postulator Father John Hogan said, “With my petition to open the cause now accepted by the bishop, I will assist the diocesan inquiry in its examination of Father Willie’s life and writings.” Father Hogan’s work will also include promotion of the subject of that inquiry, especially as every cause is in need of miracles through the intercession of its subject. “We will need two miracles to see Father Willie beatified and canonized,” explained Father Hogan, “so I am committed to ensuring that we do everything can to bring Father Willie to the sick and those in need of graces.”

The postulator priest outlined how he found out this blessed news. “Bishop Deenihan, having obtained the support of the Irish bishops, applied to the Dicastery for the Causes of Saints in early April, for the nihil obstat, a decree which would give Rome’s permission for the cause to proceed,” Father Hogan said. “I had just left Ireland for a holiday in Italy at the beginning of October — the first since the COVID pandemic began — when word came that the nihil obstat had been granted.”

“It was a wonderful moment,” he continued, “quite emotional, in fact. Many people have worked hard for the last couple of years, and many others since Father Willie’s death, to see his cause open. Of course, his life has to be examined, the Church will make the final judgment, and we will need miracles, but it is gratifying to see him declared ‘Servant of God’ and the formal process about to begin.”

In the diocesan stage of the process, Father Hogan will complete certain juridical tasks as part of his role. He is also serving as the representative of the official petitioner, the Father Willie Doyle Association, throughout process. The association’s aim is to promote the Irish Jesuit’s life and witness and was granted episcopal approval earlier this year. To date, the association is the only Irish lay association established to promote a canonization cause. Its Dublin-based president is Patrick Kenny, editor of To Raise the Fallen: A Selection of the War Letters, Prayers and Spiritual Writings of Fr. Willie Doyle, S.J. Speaking to the Register, Kenny explained, “The Father Willie Doyle Association is a private association of the faithful, and it is the official actor or petitioner for the cause. The actor is the one who promotes the cause and assumes the moral and financial responsibility for it.”

The longtime promoter of Father Doyle was thankful for today’s news. “The first feeling is one of gratitude, that the Church allows the cause to proceed,” said Kenny. “I also feel humbled because, through God’s providence, I have been placed in a position where I could help to bring the project to this stage. I have worked in the background on this for 12 years and have seen it grow organically and gain momentum. Yet, we are now really only at the beginning of the beginning of the process.”

While Kenny hopes to see Father Doyle’s canonization soon, for now, his focus is practical: on the considerable body of work to be done in promoting devotion to the late Jesuit and raising the necessary funds for this task, while also working through the various canonical processes.

Willie Doyle was born into a well-to-do family in Dublin on March 3, 1873. His upbringing on the outskirts of the city was outwardly idyllic; it was also charged with a devout religious faith. From this Catholic home, four of the seven children were to enter religious life. After being educated in both Ireland and England, Willie entered the Society of Jesus and was ordained in 1907. Thereafter, he was assigned to the Jesuit mission to parishes throughout the British Isles, where he excelled as a preacher and confessor. He volunteered to be a military chaplain when the First World War started. Subsequently, on Aug. 16, 1917, he was killed during the Passchendaele offensive. Father Doyle was buried where he fell, without marker or tombstone, one more casualty among the millions.

If after his death the private papers — which he had asked to be burned — had lain undisturbed, then, almost certainly, Father Doyle would have been forgotten by all except those closest to him. Instead, the discovery of his writings, and subsequent publication of Father William Doyle, S.J.: A Spiritual Study (1920) by Alfred O’Rahilly brought the priest’s inner life and his hunger for souls to the attention of an unsuspecting world.

“I am very hopeful that Father Willie will be canonized one day,” said Father Hogan. “When you read his life, you realize that here is the life of a great saint, of a man so abandoned to God that God worked through him in the most extraordinary ways. In these last few years, we have seen Providence at work, opening doors, knocking down obstacles, guiding us, as we did what we could to see his cause opened. Devotion is strong, and every day more people get to hear about Willie, and the number of his devotees grow. I cannot help but think that, not only has his time come, but that God has an important task for Willie Doyle as a saint within the Church and, indeed, even outside it.”

And that “important task” will no doubt include Ireland, senses Father Hogan, noting that land has many saints from the first centuries of Christianity but relatively few from more contemporary times. “The Church in Ireland needs hope and encouragement,” said Father Hogan. “The saints offer all of this in abundance through the example of their lives and their intercession. Father Willie, a man of great faith and heroism, possessed of a warm and engaging personality: He would certainly be a saint for the Church in Ireland as it seeks to renew and evangelize.”