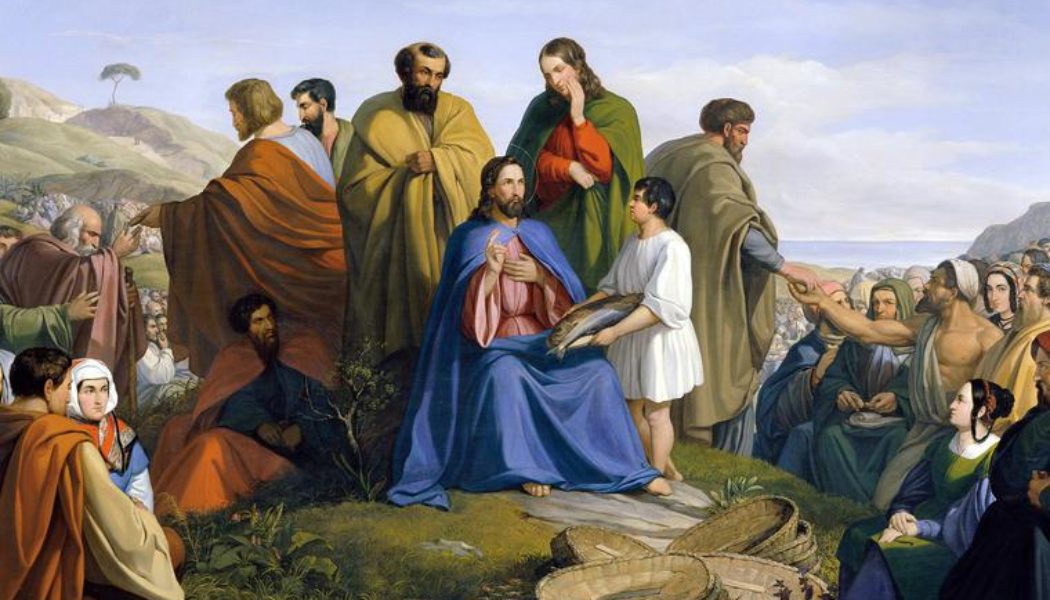 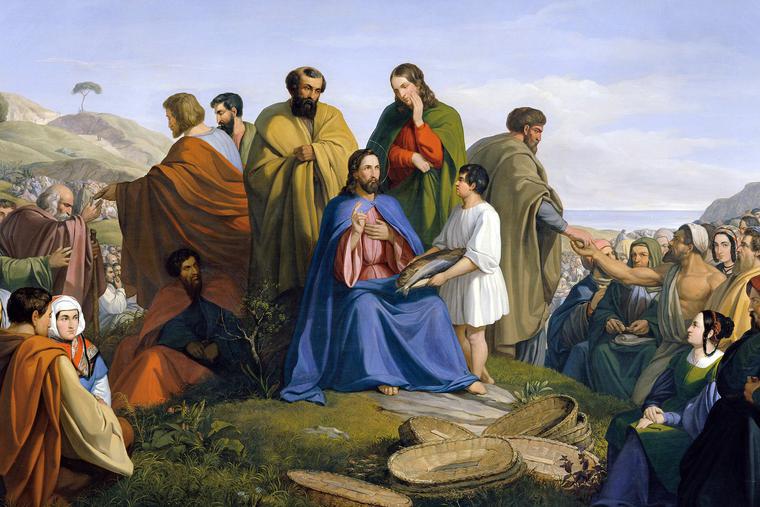 This article first appeared at Charlotte Was Both and is reprinted with permission.

We are all about paradigms and frameworks these days, so as the bishops embark on a three-year “Eucharistic Revival” campaign in response to the disengagement of American Catholics from their faith, yes, let’s talk about paradigm.

I’ve written a bit on the effort. My point in these previous posts has been to try to sort out the big picture beyond “Gosh, they’re not coming back, are they?” to look at wider and broader cultural and social elements, as well as what ordinary Catholics have been taught, both formally and informally, about faith and spirituality over the past few decades that have led to this.

God is everywhere, accessible any time and any place. The value of the Catholic choice is determined by how the experience makes you feel.

Which means, then, that quite often, cradle Catholics and seekers poke their heads in, find that it’s dull and uninspiring, maybe even lame, and no one talks to them, and every day there’s a new Catholic scandal or internal battle in the news, so okay. Let’s go find God somewhere else. No reason to stick around here, right?

That’s all pretty fundamental, as I’ve suggested before, and really needs to be addressed honestly in order for efforts to fix it — if that’s even possible — to be fruitful.

But what I’m thinking about right now is another question.

I’ll preface it by sharing something I often wonder about.

Priests and other ministers know. They know the pain that’s in the hearts of those gathered in the church with them. The faces looking up to them, ready to listen as they begin to break open the Word in their homilies? Those about to preach know. They’ve heard their confessions, they’ve counseled them in their loss and brokenness, they know about the pain, frustration and fear that lives in those hearts.

So why is the way they present the faith so abstract, anodyne and lame so much of the time? Why do they float above or dance around the edges of actual human experience and difficulties?

A cynic I knew once suggested that this was because to preach in a way that really moved people and opened their hearts to the burning love of Christ would result in more work, as people actually made connections and faced hard things. Or you offended them. Or both. Just as it is in family life or at the office, you know? Don’t stir things up. Vague mildness, then watch everyone head off to brunch, not to be heard from until next week.

But as I consider this great concern prompted by the declining numbers of Catholics actively engaged with the faith and believing in one of its central tenets, I have no solutions, but I do wonder if there’s a more helpful paradigm, a more helpful framework for discussion than one that always seems to settle on blaming social media and Sunday morning kids’ sports for the situation.

Here’s what I think might a useful wake-up call.

Consider, perhaps, where America and Americans are, psychically, socially, culturally and emotionally right now, at the end of 2021.

Consider the almost two years of profoundly life-altering events we’ve been living through. Events in which the specter or illness, death and mortality has made itself felt, puncturing the 21st-century illusion of happiness and peace of mind built on assurances of material prosperity and physical health, with every problem just a quick fix away.

Events that have upended people’s lives, that have disrupted work and education plans, that have prompted deep reconsideration of the purpose of all of this, that have brought new opportunities for some and drained others dry.

Events that have led, in general, to mass uncertainty about the present and the future. About almost everything, too — from the future of their work and education and family life to unending questions about medical decisions based on ever-shifting advice from the previously trusted experts.

Not to mention social unrest and a deeply divided political, social and cultural landscape.

It’s a crisis. It’s a moment in which people are re-evaluating, reconsidering, wondering about everything they thought was true and important — and are, once they get through the shock of it, perhaps willing to admit, no, I didn’t know as much as I thought I did. No, what brought me happiness didn’t actually last and was shockingly easily taken from me. My physical well-being is not as assured as I thought. I’m … going to die. Well. No way around it.

And in the wake of this, this emotional and spiritual crisis, almost two years into it … churches are emptier than they were before?

Those of you with long memories might recall a similar dynamic 20 years ago. Thousands of Americans died as terrorists attacked on 9/11, and for a while — in case you’ve forgotten — we lived in great tension and fear, wondering if and when the next strike would come, convinced that it was inevitable. It was a moment in time when millions were reconsidering what it means to be “safe” and how to spiritually face threats to our physical lives.

And it was just around this time that that particular round of clerical sexual abuse scandals exploded in Boston and elsewhere. Yes, it was then: when people were confronting existential questions, they were met, not with Good News, but with the Bad News that a lot of religious leaders who might be actually pointing them to the One who heals and brings peace and life no matter what our material circumstances … were mostly interested in circling the wagons, protecting predators in their ranks, fending off lawsuits and degrading victims.

And here we are again.

There’s a mass social and cultural shake-up going on — one characterized by anxiety, tension and questions about mortality and meaning — and Catholic leaders are having to beg people to come back to Church?

Maybe that’s a clue that something is off. Maybe the medium and message are stuck. Maybe there’s some rigidity at work that needs to be shattered.

Really. Enough with the anxiety-soaked nervousness of managers worrying about lost market share and image control.

Do we believe that in this time — in this weird, disturbing, unsettling time — that Christ offers peace in the turmoil and light in the darkness and hope in the despair in a way that no one or nothing else does? That he really is the Bread of Life, offering himself to nourish hungry hearts?