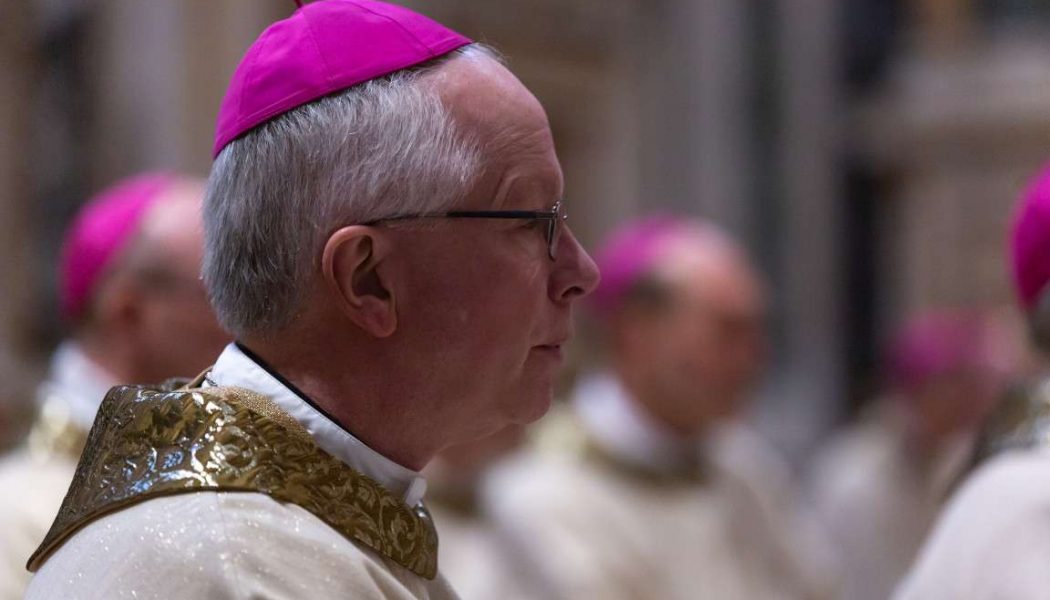 Washington, D.C. Newsroom, Feb 9, 2021 / 10:13 am MT (CNA).- The Bishop of Dodge City is under a Vatican-ordered Vos estis investigation over allegations of sexual abuse of a minor.

The Archdiocese of Kansas City in Kansas announced Feb. 8 that it was “made aware” that Bishop John Brungardt of Dodge City was accused of sexual abuse of a minor. The Vatican subsequently ordered his metropolitan, Archbishop Joseph Naumann of Kansas City in Kansas, to conduct a canonical preliminary investigation into the matter.

According to the Diocese of Dodge City, Brungardt was notified of the accusation by the Kansas Bureau of Investigations. He decided to step aside from his episcopal duties and informed Archbishop Naumann, and is cooperating with the KBI, the diocese said.

The KBI confirmed Feb. 9 that it is investigating a criminal allegation against the bishop, and that no arrests or charges have been made.

The Vatican investigation into Bishop Brungardt, ordered by the Congregation for the Doctrine of the Faith, is being conducted in conformity with Pope Francis’ 2019 law on handling accusations of misconduct against bishops, Vos estis lux mundi. It is also being conducted under St. John Paul II’s motu proprio Sacramentorum sanctitatis tutela.

The archdiocese said that Naumann will send his conclusions for the investigation to the Vatican “in the shortest time possible, taking into account that the State investigation is still ongoing.”

In the meantime, the Congregation for Bishops has appointed Bishop Gerald Vincke of Salina as apostolic administrator of the Diocese of Dodge City.

Brungardt was ordained a priest of the Diocese of Wichita in 1998, after having been a high school science teacher. He was appointed Bishop of Dodge City in 2010, and was consecrated the following February.

Since 2019, the KBI has been investigating allegations of clergy sex abuse in the state’s four Catholic dioceses; the bureau also opened an investigation into the Society of St. Pius X chapels in the state.

According to the AP, as of August the bureau had received 205 reports of clergy sex abuse, and had opened 120 cases.