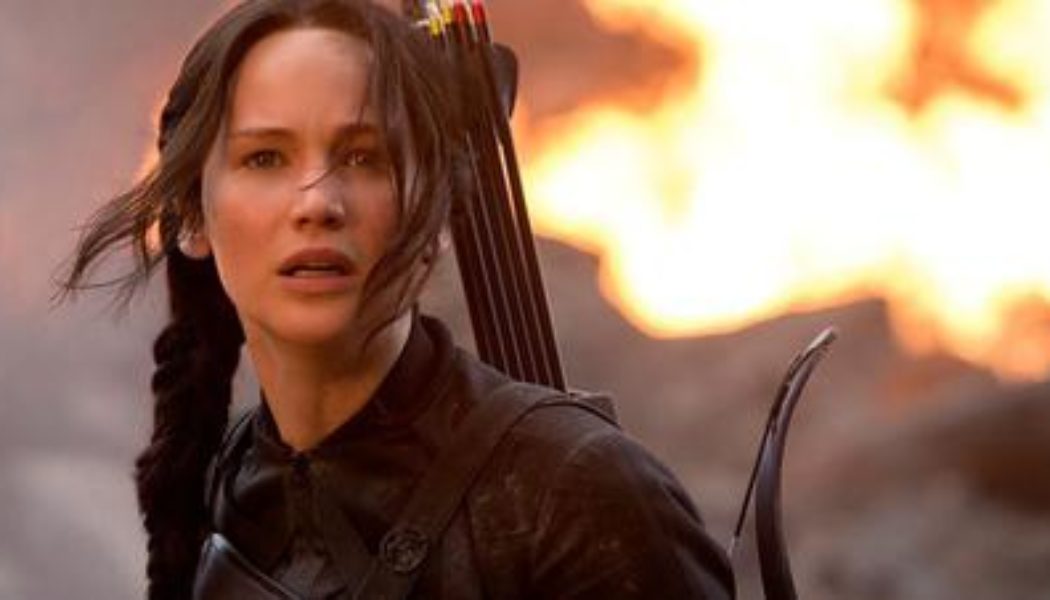 When I was growing up, my dad read a lot of science fiction novels and he once made an observation that I’ve remembered ever since. He noted how science fiction stories always feature some futuristic thing (like cloning, time-machines, or space travel) but if a sci-fi story only talked about the technology, it would be boring. “Every good story,” he said, “is a story about people.” It’s true. All great stories, be they found in literature, television, or film, are stories about people – interesting characters living through events.

What do Katniss Everdeen, Sir Thomas More, and Paddington Bear have in common? They are all film characters with the same kind of character arc. A character arc refers to the inner journey of a character throughout the course of a story. A character may go here or there, and do this or that, but their character arc is their transformation as a person. There are three main types of character arc: Positive, Negative, and Flat.

Positive arc characters change for the better. They originally believe lies about themselves and the world, things like “I’ll never find true love,” or “I can’t be a warrior.” But by the end, they’ve found the truth, embraced it, and triumphed. Most of the stories you’ve seen or heard are stories like this. Negative arc characters, on the other hand, change for the worse. They come to accept lies and wickedness. Villains’ origin stories are like this. Michael Corleone from The Godfather or Walter White in Breaking Bad are famous examples of characters with negative arcs. Katniss Everdeen, Thomas More, and Paddington, however, are characters of a third type; characters who do not change.

Flat arc characters possess the truth and live it out from the start of their stories to the end. These characters also experience struggles like the others, but rather than being transformed themselves they transform the people and world around them. In The Hunger Games, Katniss Everdeen, from beginning to end, knows that the tyrannical government is evil and is willing to sacrifice herself for others (as for her little sister, Prim). In A Man for All Seasons, 1966’s Best Picture winning film about a real-life Catholic saint, Sir Thomas More is a man of virtue who endures persecution for refusing to swear a false oath against his conscience and God’s law. And throughout the Paddington movies, young Paddington remains consistently earnest, honest, polite, and friendly while enhancing the lives of the people he meets.

When we consider the Gospels and the Book of Acts as stories (indeed, true stories and the greatest ever told) what kind of arcs do we find? What kind of arc does Jesus Christ have, and what sort of characters are his apostles? Though Jesus is born as a baby and grows into adulthood, though he ministers and is put to death as a suffering servant and returns as triumphant Lord, Christ’s inner self remains the same. The Person of Jesus Christ is divine, the eternal Son of God, a flat arc character who remains the same “yesterday, today, and forever.” He knows the wickedness of the world and sacrifices himself for others. He only speaks the truth and makes no compromise with evil, despite its persecutions. And his love converts the hearts of others, healing and saving the world around him. Jesus is the model, the pattern, the archetype, of every true hero.

What is the character arc of his apostles? The Gospels do not hide their flaws. We catch them arguing among themselves about who is the greatest. They still believe the world’s lies about who and what’s important, which produces the disorders St. James describes: jealousy, envy, and selfish ambition, greed, fighting, and slavery to passions, with every foul practice. But by the Book of Acts, the apostles’ positive arc has led each of them (except Judas Iscariot) to see that the greatest of all is not the ruler over peoples but the one who cares for even little ones. Jesus’ apostles have become new men, loving servants of all in the likeness of their Lord.

We human beings love stories. That’s part of why Jesus so often taught in parables. But why do we love stories so much? And why do we root for the underdogs, such as Rocky Balboa, Forrest Gump, or Joan of Arc? We love them because we are in a story ourselves, God’s great underdog story, in which you and I are characters. Our lives are important subplots to Christ’s overarching saga. We are co-authoring with Jesus our own character arcs within it.

Will you rise higher and higher in a positive arc, finding the truth in Christ’s Church, embracing the truth and living it out? Will you eventually become like Jesus and his greatest saints, who hold to the truth in a flat arc, blessing and transforming all around them? Or, following lies into darkness, will a negative arc lead you to final tragedy and disaster? If you are on this downward path, realize that a vast audience in heaven looks on, longing for a plot-twist which you can accomplish with Christ. But do not delay, for you do not know how many more pages of the book or minutes in the movie remain before your life’s eternal epilogue. This Sunday’s gospel antiphon acclaims: “God has called us through the Gospel to possess the glory of our Lord Jesus Christ.” Let us whole-heartedly play our part in Jesus Christ’s heroic saga, that we may also share in his story’s glorious happy ending.

This entry was posted on September 19, 2021 at 2:06 pm and is filed under Christian Perfection, Homily, Literature, Movies, St. Thomas More, Sunday Homilies, Television, The Apostles. You can follow any responses to this entry through the RSS 2.0 feed. You can leave a response, or trackback from your own site.