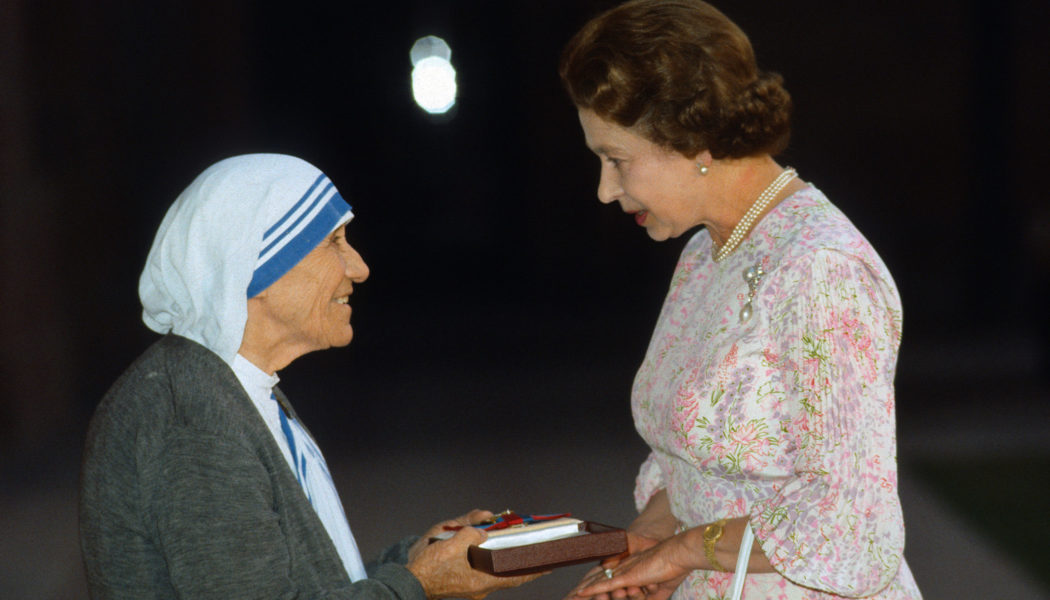 COMMENTARY: At the end of Mass on Sunday, Catholics offered a special prayer and sang the national anthem, a hymn that asks God’s blessing on the sovereign and by implication the nation.

A splendid four days, and it all went beautifully. That has been the verdict on the Platinum Jubilee of Queen Elizabeth II. And there was a deeper message, too: Britain really did want to express a great and deep sense of gratitude to the monarch who has served us so faithfully and devotedly and whose sincere Christian faith and commitment to duty have shown us all a magnificent example of a long life lived well. She has met saints — Sts. John Paul II and Teresa of Calcutta — and world leaders, including 13 U.S. presidents.

Like thousands and thousands of others, I went to St. James Park early on Thursday morning. My husband carried the folding chairs, I carried the picnic hamper, and we met a friend at the Tube station and hurried across toward Horse Guards to secure ourselves a space. It was already crowded: A good number of people had arrived before dawn, and many had been there all night.

Of course, it was magnificent. The drill was superb, the bands played glorious music, there were rousing cheers as members of the royal family arrived — and there was something more. In the packed crowds, there was so much goodwill, jokes and discomfort shared, stories and memories told, children helped on to shoulders to get a better view, and, of course, the unity as we sang the national anthem with our hearts as well as our voices.

And later, after we had roared out our cheers for Her Majesty as she came out on to the Buckingham Palace balcony to face that giant crowd that filled the Mall and the parks and Trafalgar Square and more, there was the fun and the quite extraordinary sense of carefree  neighborliness — alas too rare in Britain now. We all picnicked, and children ran about, and no one seemed to want to talk about divisive topics. There was good-tempered chat and laughter everywhere.

So what is there to say, now that the flags and bunting have been taken down and the cheery mood is slowly dissipating into a slightly smug sense of “didn’t we do well”?

First, some solemn stuff. The reason that the jubilee worked was because it wasn’t just about a splendid and brave monarch in her 90s. It was because alongside her stood our next and future kings, down to the great-grandchildren. Small Prince George behaved beautifully, standing with his parents and waving with a shy cheeriness that was enchanting to watch. And smaller Prince Louis, of course, stole the show with happy chatter to the queen and then his moment seen around the world: cramming his hands over his ears as the Royal Air Force Red Arrows roared across the sky.

Children are our future. But the grim fact is that many people in Britain think that we shouldn’t really be having any. You hear it far too often: “I don’t think it’s right to bring more babies into the world.” “The planet can’t take any more people.” “With the current state of the world, I’m not going to start a family.” It’s ghastly. It’s bleak. It’s what St. John Paul II called a “culture of death.” And it’s part of our culture now. A nation’s future consists of its children — it’s as simple as that — so the future feels uncertain.

There is no point in pretending that all is well: It isn’t.

But there is hope: Our young royals showed the joy and normality of family life. We saw the future written in the generations celebrating together. We relished the pictures of the queen’s great-grandchildren making cupcakes with their mother. We loved seeing Princess Charlotte telling little Prince Louis how to behave. We warmed to the sense of security that the scenes offered us. We were given a joyful, sane, well-grounded message at variance with much current thinking.

The future? At one level, the monarchy looks secure, and we saw the best of Britain in the street parties, superb pageantry and the relaxed, happy scenes of community goodwill.

But our true security and hope lies in something deeper.

At Westminster Cathedral, the noon Mass on Sunday, always well-attended, was packed. It was, of course, Pentecost. Cardinal Vincent Nichols preached about the gifts of the Holy Spirit poured out on the Church, and somehow his message had a force and solemnity that matched the sense of seriousness that this time of national taking stock has created. He also added a moving message about Queen Elizabeth and our gratitude to her, noting that her life of service was nourished by her sincere Christian faith.

At the end of Mass, the cardinal led us in a special prayer, and, with that glorious choir, we sang our national anthem. I have sung it in our great cathedral before. It’s a hymn that asks God’s blessing on our sovereign and by implication our nation. If we genuinely seek God’s blessings, we must be open to them. Pray for a New Evangelization of Britain.