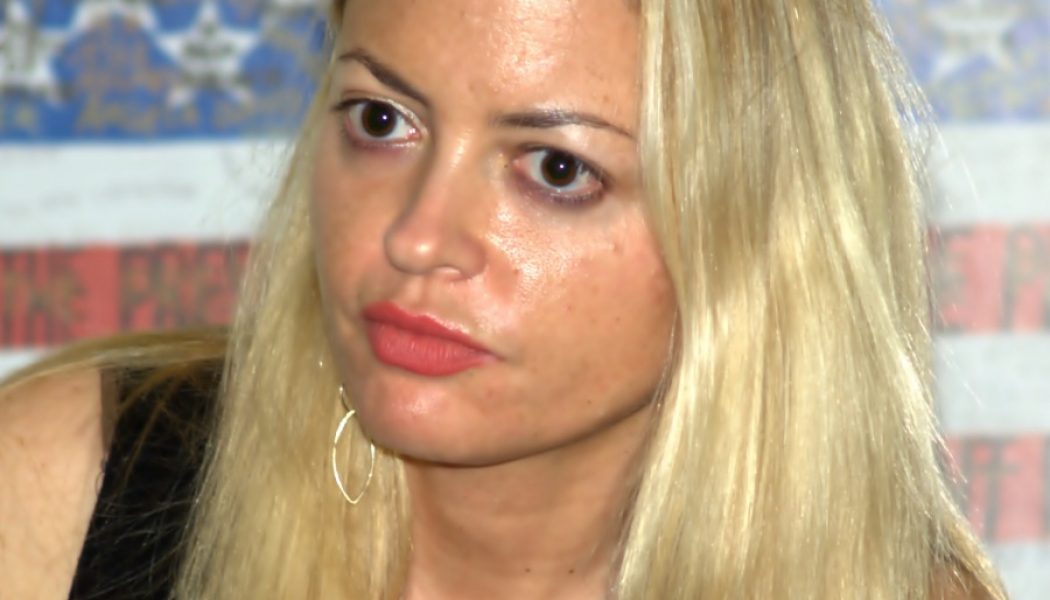 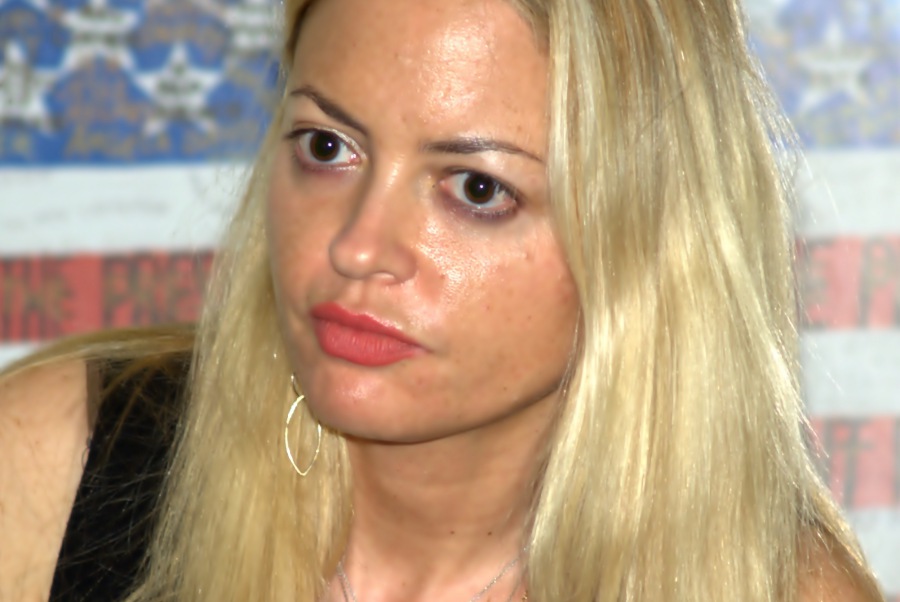 “This is it for me,” she declared in the pages of New York magazine just seven years ago. “I am a free spirit. I do not know any other way to be. No one else seems to live as I do. In a world gone wrong, a pure heart is dangerous.”

Elizabeth Wurtzel died last week, of cancer. She was only 52. She’d come to fame at 27, writing the story of her struggles with depression in the big best-seller Prozac Nation. She continued writing confessional articles and books. She spoke openly about her problems, but in a way that revealed she didn’t really know what her problems were.

Chief among them was her idea, her silly, cheap, foolish idea, that she was a free spirit with a pure heart, and that made everything all right.

A One-Night Stand of a Life

Hers was a typical delusion of our age. One few of us escape completely. “I gotta be me” could be the age’s slogan. Its national anthem, as the writer Peter Kreeft says, “I did it my way.” Wurtzel did it her way, and she made a train-wreck of her life.

Does She Remember Their Names?

The writer Eve Tushnet captured part of the good life Elizabeth Wurtzel threw away by thinking herself a free spirit with a pure heart. The deepest pleasures of life come to us only with commitment and over time, with freely binding ourselves to others. We are most ourselves when we live for others. In other words, when we love.

“Time deepens love,” Eve writes on her weblog. “It makes love more complex and rich, and more intense – like aging cheese, or wine, or whatever. I frankly don’t believe that even if it were possible to measure love on some kind of intensity scale, a temporary passion could rise to the point of a fifty-year marriage.”

“Does she even remember their names?” she asks about Wurtzel’s many passionate though temporary attachments. “Should she bother to? Loving forty people in forty years is having roughly the same experience forty times. Loving one person for forty years is not. All those adjustments are themselves painful in a beautiful way — they’re sublime, and more so than the desire to remain pure and unchanged.”

“At 44 my life was not so different from the way it was at 24,” she declared in the New York article, titled “Elizabeth Wurtzel Confronts Her One-Night Stand of a Life.” I say “declared” because she feels proud of living the same life at 44 that she lived at 24.

Most of us would admit it, if we had to, with shame. She throws it at the world. “Stubbornly and proudly, emphatically and pathetically, I had refused to grow up, and so I was becoming one of those people who refuses to grow up.”

What she thought purity seems to have been willful childishness. Impetuous, unrestrained, self-serving, feeling no responsibility for any one else, recognizing no one else’s claim on her life, she lived the life of a spoiled child. She spent money wildly. She didn’t plan for the future. A free spirit, she went through friends. She slept with an astonishing number of men. She seems by her own report to have done little if anything for anyone else.

That she wasn’t worse is her one claim to having done good in the world. She notes that she didn’t divorce — because she didn’t marry. She does recognize the loss, which seems to make her feel even more virtuous. “But I also failed to accumulate that brocade of civility and padlock of security — kids you do or don’t want, Tiffany silver you never use — that makes life complete.”

She knows what such social convention does. “It gives life meaning, and without it, one is in a constant existential crisis. If you don’t have the imposition of family to remind you of what is at stake, something else will. I was alone in a lonely apartment with only a stalker to show for my accomplishments and my years.” She knows this, but draws no conclusions from it.

She finishes the article with a kind of lament that’s really a boast. “I have always made choices without considering the consequences, because I know all I get is now. Maybe I get later, too, but I will deal with that later. I choose pleasure over what is practical. I may be the only person who ever went to law school on a lark. And I wonder what I was thinking about with all those other larks, my beautiful larks, larks flying away.”

It sounds light-hearted and lovely, all those larks flying away. A lark is something you do to entertain or amuse yourself. Something unserious and temporary. Larks do not build a life. Of course they fly away. And when they all flew away, they left her alone in a lonely apartment, her most intense human relationship with a stalker.

Wurtzel didn’t see the mess she’d made of her life. The ideas behind that stale cliche about the purity of her heart hid from her just what a train wreck she lived. The “pure heart” she thinks she has heroically served just expresses ego and desire and want. It’s pure only in the sense that she hasn’t mixed her self’s drive to assert itself with caution or prudence, with concern for the needs of others or any recognition of a good for which she should strive.

Maybe Wurtzel came to see better than she did. She had married, giving herself one restraint on her desires. Then she found she had terminal cancer, and faced it with admirable courage.

Writing a year ago in The Guardian, she mixed the old self-assertion with some sense of resignation. “I’m not sorry about anything,” she says at the beginning, in the classic Wurtzel voice. “I was never sorry when I said I was. Apologies are a courtesy. I love to argue. I am in it for the headache. I don’t need you to be on my side — I’m on my side.”

She says about her fight with cancer, a fight she apparently thought would last longer than it did: “I am good in a fight. This one goes on for the rest of my life. But I have been fighting with myself in one way or another all along.” She likes fighting, and finally she fought something worth fighting. “I am at ease with this discomfort. I am a ballerina doing a pirouette with perfect turnout in toe shoes, and it does not even hurt any more. I am elated. I love spinning this way. I would not have it otherwise.”

Elizabeth Wurtzel died as she lived. She found some nobility in fighting death. We can respect her spinning her way to her grave. But then there’s her life, the life of the free spirit with the pure heart. That was not so admirable.

Elizabeth’s Life at Her Death

How many people did she hurt? How many friends, boyfriends, neighbors, did she harm? Apparently many. She seems to have left a lot of wreckage behind her. Other people paid a price for her free spirits and pure heart. She doesn’t seem to have cared. Her first book must have helped many admit their own challenges and deal with them, but even that seems a side-effect of her self-display.

Her preaching of the free spirit and the pure heart hurt other people, and will keep hurting them as long as her books are read. She was a celebrity selling a lie about the good life. Her writing authorized that way of life for her weak or foolish or trusting readers. She may have survived it with some degree of happiness. Most people who try to live the same way won’t. You and I both know them.

And how much good did the gifted Elizabeth Wurtzel not do that she could have done? A very great amount. If only she had directed her great energies, her insight, and her verbal gifts to helping others in some way. If only she had loved others enough to bind herself to them. Having a pure heart doesn’t help you, if you want the wrong things.

The great irony of human life is that by doing good to others, we do good for ourselves. “He who loses his life shall save it,” Jesus tells us. If she had lived a life of charity, she would not have sat alone in a lonely apartment with only a stalker to show for her work. She would have lived her whole life among friends.

One of those friends might have been the Lord who created her and died for her. He would have given her the pure heart she wanted. Blessed would Elizabeth Wurtzel have been.

David Mills is a senior editor of The Stream. After teaching writing in a seminary, he has been editor of Touchstone and the executive editor of First Things. He edits the site Hour of Our Death and writes the monthly “Last Things” column for the New Oxford Review. He is finishing a book on death and dying to be published by Sophia Institute Press.