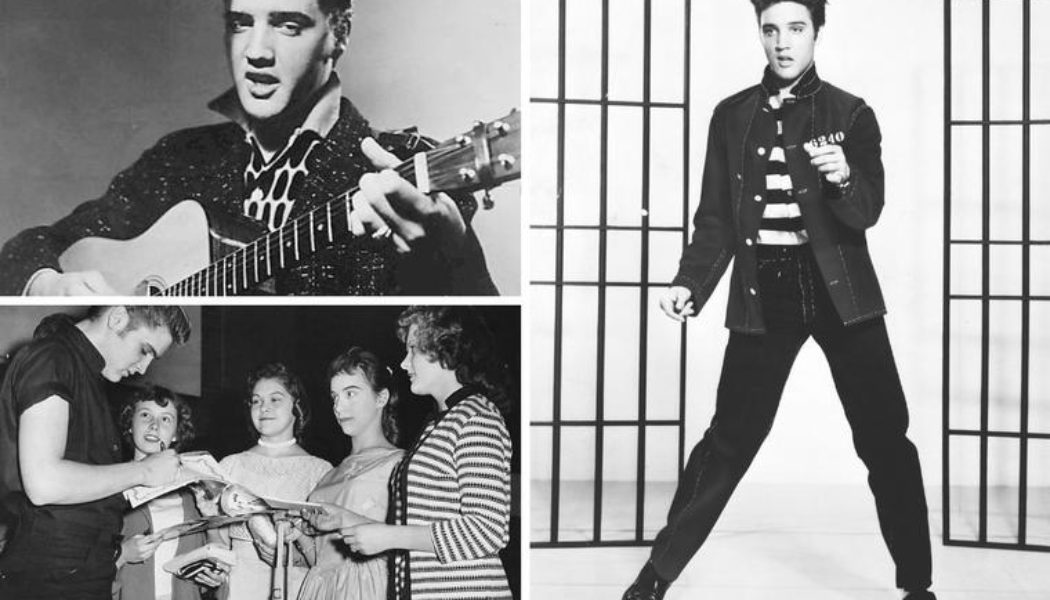 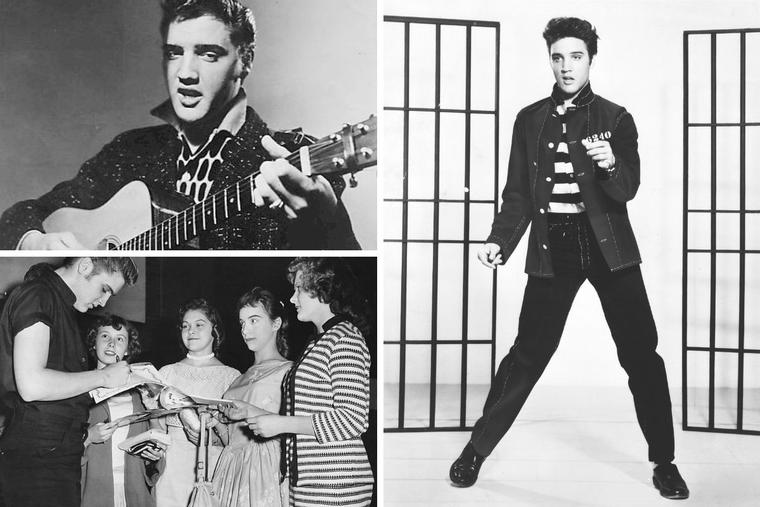 “All I want is to know the truth, to know and experience God. I’m a searcher.”

It has been 45 years since Elvis Presley checked out of Heartbreak Hotel.

As the news of the death spread around the world, the overriding emotion beyond shock at so untimely a passing was one of sadness. For all Presley’s success and acclaim, there was something about him that remained unfulfilled, incomplete. For a man who had been held up to the world as an incarnation of the American dream, his end — he was found sprawled unconscious on a bathroom floor — seemed to belie this.

His worldly success in all its forms brought him no peace, seemingly little happiness, no joy. The teenage sullenness appeared to many a pose, a phase he would grow out of; he never did. Perhaps, like numerous other performers, he was never allowed to “grow” beyond the image the world saw when he first emerged upon its stage. What many failed to notice, however, was that Presley appeared sad, even as his ascent to stardom began — and as he progressed on that trajectory, the more melancholy he seemed to become.

Down at the End of the Lonely Street

One can speculate as to the root of this sadness: the loss of Presley’s twin brother, Jesse, at childbirth? A solitary childhood, marked by poverty first in Tupelo, Mississippi, and then later in Memphis?

Then there were his parents: Vernon and Gladys. Vernon failed to make a career of any sort and ended up in prison for check fraud. Gladys went from being an attractive, smiling young woman at the birth of her son in 1935 to a prematurely aged individual with a mournful look in her eyes. She, too, would die in her 40s. Unhappy with her weight, her use of diet pills worsened existing health problems.

She lived to see her son’s initial success but did not live long enough to witness its extent or, perhaps more importantly, to allow him to share it with her. In fact, in 1958, when Gladys died at Graceland, Presley’s newly acquired Memphis mansion home, Elvis was on another continent, serving with the U.S. Army in Germany.

Whereas he had idolized his mother, his relationship with his father had always been different — soon it became distant, as his father quickly remarried after Gladys’ death. When, in 1960, at 23 years old, Elvis returned to the States from Europe, he had lost not one but both parents. Maybe it is this motif of premature loss that is key to understanding Presley.

Despite being surrounded by hangers-on, fans and the media, Presley remained essentially a loner. Even when he married Priscilla Beaulieu in 1967, this sense of personal isolation seems only to have worsened. Perhaps inevitably, by early 1972, the marriage had failed, and divorce ensued the following year. From then on, Presley endured weight challenges, just as his mother had, and continued to do so, until his death in 1977.

Yet, until his death, he had continued to tour — more alive on stage than off. “On the road” he was the center of attention for his entourage, collectively known as the “Memphis Mafia,” many of whom had been with him for years. They ensured he had whatever he needed — and what he did not need — all the while telling him how “great” he was and laughing at his jokes, if he could be bothered to tell any.

Needless to say, by then, Elvis was more alone than ever. There is a telling scene in the 1972 movie Elvis on Tour. That documentary is a filmed record of performances across America, with endless footage of concert performances interspliced with the singer running from the stage to the waiting limousine, which was once more to whisk him away from rows of screaming fans.

In one of those segments, the camera remains with the singer inside one of those vehicles: Elvis is with the Memphis Mafia. The latter guffaw loudly, high on the reflected glory of the center of their universe. And yet their lodestar sits silent, sullen, with sunglasses masking his sad eyes. We watch, as the meaningless chatter continues to reverberate, and while it does, the singer turns to stare out of the car window. In a split second, for all to behold there on screen, we see a man hemmed in by fans and flunkies — and, yet, utterly alone.

So Lonely, You Could Die

Perhaps the clues to the source of Presley’s sadness were there all the time; and, also, clues as to how this was all going to end. His first major hit was Heartbreak Hotel. A more melancholy and desperate song would be hard to find.

The story — more myth than documented fact — goes that the lyrics were based on a Miami Herald report telling of a suicide. The man in question, after having destroyed all his identity papers, jumped to his death from a hotel window. He left a suicide note of one line: “I walk a lonely street.”

Whatever the origins of the song’s funereal lyrics, Heartbreak Hotel would become Presley’s first million-seller, upon its release in January 1956, and one of the best-selling singles of the year. From then on, his career was set; so too, it could be argued, given the prophetic nature of what he sang, was his life’s course.

Crying in the Chapel

And, in his life, there was little to counter such existential misery. Presley’s faith affiliation is often listed simply as Assembly of God, the Christian group that Presley attended as a boy. But his religious adherence to any Christian denomination was at best vague, his faith being more private than public. His favorite form of music was gospel, but whether this was because of the folk and cultural influences of his youth rather than any deep religious sentiment is open to conjecture. Still Presley had a keen, if eclectic, interest in religion. He even recorded some Catholic (Marian) songs in his career.

While in Hollywood in the early 1960s, he became fascinated by various esoteric beliefs, from which he was to construct his own belief system — a personalized and heady mix of what he had read of Hinduism, Judaism, numerology, theosophy, mind control, positive thinking and Christianity.

A seeker till the end, it is reported that at the time of his death Elvis was reading A Scientific Search for the Face of Jesus by Frank Adams, a then-popular inquiry into, and a positive assessment of, the authenticity of the Shroud of Turin. Curiously, the day Presley was to die, Aug. 16, is the Eastern Orthodox feast of the Acheiropoietos icon — a relic consisting of a square or rectangle of cloth upon which a purported miraculous image of the face of Our Lord had been imprinted.

Perhaps, by then, Presley’s search had begun to point in one direction only?

Be that as it may, earlier in September 1972, at a concert in South Bend, Indiana, Presley is caught on tape talking with fans about a sign they are holding whereby they proclaim him “king.”

Elvis gently corrects them, stating instead that there is only one King: Jesus Christ.