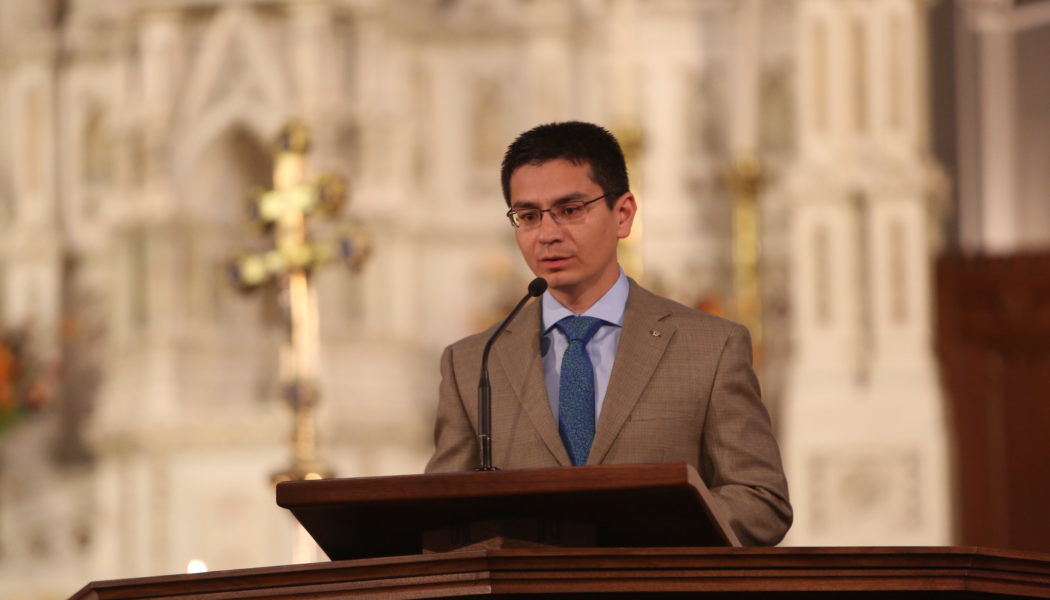 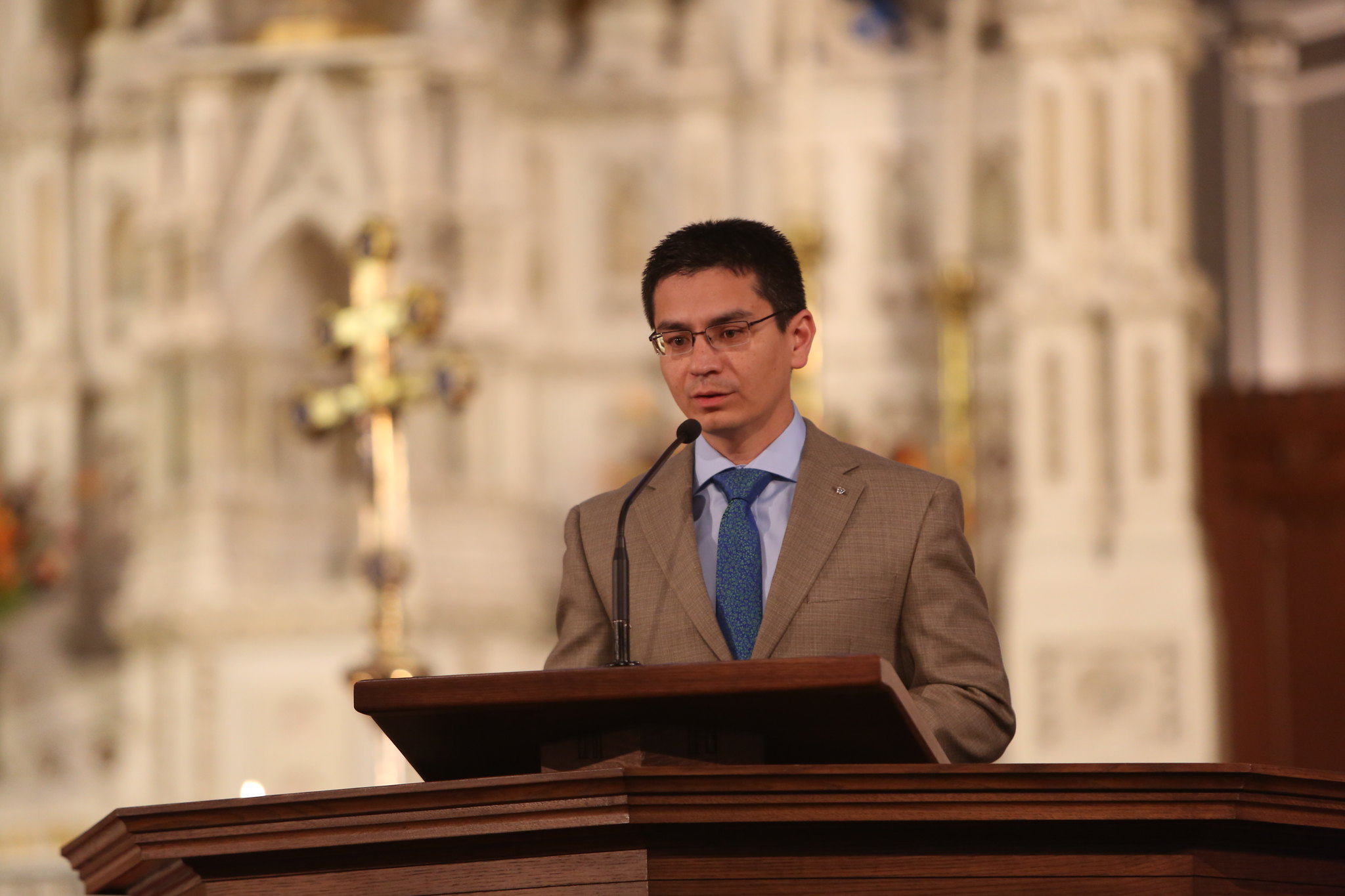 The United States Conference of Catholic Bishops will introduce a new Roman Catholic lectionary for the Dioceses of the United States in the coming years as early as 2025. This will have an impact on missals and other Catholic liturgical books in parishes around the country.

For those who are new to the study of the liturgy, you might be wondering “what is the Roman Catholic Lectionary?”

In the Catholic Mass, the Lectionary readings are excerpts of the books of the Bible arranged for the Liturgy of the Word. The liturgical readings and responsorial psalms for the Dioceses of the United States use the revised translation of the Revised New American Bible (RNAB). The scripture readings used in the Catholic Mass conform to the Revised Common Lectionary. The common lectionary arranges the scriptures so that the readings are shared ecumenically among Christian ecclesial communities through the pattern of feast days and weeks of the year. One of its central principles is that churchgoers should hear common pericopes (scripture selections) rather than the scriptures chosen locally for a “theme of the week.” The Catholic Church uses translations from a Catholic edition of the Bible.

What is in a Catholic Bible? Aren’t all Bibles the same?

A Catholic edition of the Bible contains 73 books:

Each Catholic edition will also have approval from a conference of Bishops to confirm that it displays a Catholic interpretation of Sacred Scripture, as well as reference and study notes to assist the reader.

While we may notice only five passages from scripture during the Liturgy of the Word at each Sunday Mass, the full set of cycles very nearly contains the complete Bible. The Lectionary for Mass is arranged according to two cycles: a set of three years for Sunday Masses in the Sunday lectionary, and two years for weekday Masses in the weekday lectionary. The scriptural excerpts are often designed to be read in continuous fashion during the year. During daily Masses, this may seem the most obvious as we hear long excerpts of Scripture. The Sunday cycle of the Lectionary organizes the Gospel readings according to the three synoptic Gospels: Matthew (in year A), Mark (in year B), and Luke (in year C). In Ordinary Time of year B, John’s Gospel is included along with Mark’s, as Mark’s gospel is the shortest. John’s Gospel is also read in certain privileged seasons such as Holy Week, or for the Christmas Vigil Mass or Mass during the Day. For instance, the Passion of Jesus Christ is always taken from the Gospel according to St. John on Good Friday. The readings of the Word of God are central to the life of the Catholic faithful, as “the Scriptures are the living waters from which all who seek life and salvation must drink” (General Introduction to the Lectionary, 5). In the Scriptures, we encounter God as he reveals himself through both word and deed. This is a privileged place of personal encounter with our Lord Jesus Christ. St. John tells us that “In the beginning was the Word” and that this Word was spoken, “became flesh, and dwelt among us.” (John 1:14) Pope Benedict XVI wrote about the uniqueness of this Word: “Now the word is not simply audible; not only does it have a voice, now the word has a face, one which we can see: that of Jesus of Nazareth” (Benedict XVI, Apostolic Exhortation, “Verbum Domini,” 13).

Why do we need a new Lectionary for Mass?

Following the promulgation of the Constitution on the Sacred Liturgy, a group set about work on the new lectionary for the revised cycle of the liturgical year, which was the first revision of the lectionary in almost 400 years—a work that took five years to complete. 1969 saw the promulgation of guidelines for translation of liturgical and biblical texts in the instruction Comme le prévoit. These guidelines adopted the approach of dynamic equivalency, that is, that the focus is on the meaning of the translation in the new language rather than exact translation of each word. In 1970, the New American Bible was published by the Confraternity of Christian Doctrine, incorporating previous work on translations of the books of the Old Testament, and the first edition of the US Lectionary for Mass in English was promulgated in 1969/70. After the new edition of the Latin Vulgate of the Bible (the Nova Vulgata) was produced and revised in 1986, the revised New Testament of the NAB (RNAB) was published in 1987.

In 1992, the US Bishops voted to approve a revision of the Lectionary, which is the one currently used at Mass, with the RNAB as the source of the scripture readings and responsorial psalms. The current revision of the lectionary for the Dioceses of the United States was approved by the Holy See, and the USCCB allowed its use beginning in February of 2002, and mandating this edition for use on May 15, 2002. In the meantime, the Vatican issued new principles for liturgical translation with the instruction Liturgiam Authenticam in 2001.

In June of 2012, the USCCB Committees on Doctrine and Divine Worship reported that the lectionary would undergo a further revision of the RNAB New Testament, to accord with the revised Old Testament translation, following the norms of Liturgiam Authenticam. A more detailed timeline of the Lectionary’s history reveals just how long the process of Bible translations can take.

How will the new US lectionary be different from the previous one?

The new lectionary will include an updated translation of the New Testament, according to the translation principles found in the “Norms for the Translation of Biblical Texts in the Liturgy,” and Liturgiam Authenticam, as this was not completed in the previous lectionary.

In November of 2008, the US Bishops approved the Revised Grail Psalter, known by the title “Abbey Psalms and Canticles” (APC).  The forthcoming edition of the lectionary contains psalms from this updated version of the Grail Psalms, which was first published in 2010 as the “Revised Grail Psalms.” This translation from the monks of Conception Abbey was first published as the “Revised Grail Psalms” in 2010. This collection presents the official translation of the Psalms for liturgical use in the dioceses of the United States, as well as other countries who adopt it for use in an English-language lectionary. This translation will be used in other future liturgical publications in the US, including the revised Liturgy of the Hours, which is nearing completion as of this writing.

When will the new Lectionary for Mass be available?

The Lectionary texts are in various stages of approval, with some elements remaining to be reviewed by the bishops over the next few years. Following this process, it will be sent to Rome for review and confirmation. In 2017, Pope Francis revised an element of Canon Law, allowing episcopal conferences more responsibility over their particular translations of liturgical books. However, according to the estimation of the USCCB Secretariat for Divine Worship, we are likely to see the new translation of the Lectionary for Mass, including a printed edition of these books, as soon as 2025.

What does this mean for my parish? Do we need to buy new pew missals?

Parishes planning to replace hymnals containing the lectionary readings and other pew material should consider that current resources may become outdated by the year 2025, and that purchasing a new permanent pew resource is typically a 7-8 year investment. Rather than waiting to purchase a new permanent missal or hymnal, there are a number of resources available, especially the Source & Summit Missal, as an effective pew resource to help elevate the liturgy in your parish right now. It is guaranteed to contain the new translation as soon as it is available to publishers so you can know that your pew resources will always be up to date even should minor tweaks to the Lectionary or Roman Missal occur in the future. Additionally, the Source & Summit Digital Platform allows music and liturgy directors the flexibility to prepare and deliver liturgical music resources to share with their musicians and parishioners.

Where can I find the readings for Mass?

For those looking for an online Catholic lectionary to prepare for Sunday Mass, the daily readings are available on the Source & Summit Digital Platform along with other comprehensive resources for liturgy preparation, as well as on the USCCB website. Other online Catholic resources, especially ones that follow liturgical calendars, can be helpful tools for preparing for Mass as a family. Praying with the Mass readings ahead of time through lectio divina is an especially beautiful practice to incorporate into personal and family prayer. Time spent meditating upon the Word of God opens the Christian up to hear the voice of the Lord. “The Church lives in the certainty that her Lord, who spoke in the past, continues today to communicate his word in her living Tradition and in sacred Scripture” (Verbum Domini, 18).

The Word proclaimed in the liturgy implies that the Scriptures should transform the receiver to go out to change the world. This is what is meant by the dismissal at the conclusion of Mass when we hear, “Go in peace, glorifying the Lord by your life.” There is a connection between the celebration of the liturgy and our response to social issues in the world around us. The great father of the Liturgical Movement, Dom Prosper Gueranger, OSB, yearned for the faithful to have a greater understanding about the connection between liturgy and social justice. The Word of God invites us to make a response in faith, a true thanksgiving in the Eucharistic sacrifice, which transforms us so that we can transform the world. Receiving the voice of the Lord in the celebration of the Sacred Liturgy is an invitation for us to that eternal banquet: “Behold, I stand at the door and knock; if anyone hears my voice and opens the door, I will come in to him and eat with him, and he with me” (Rev 3:20).