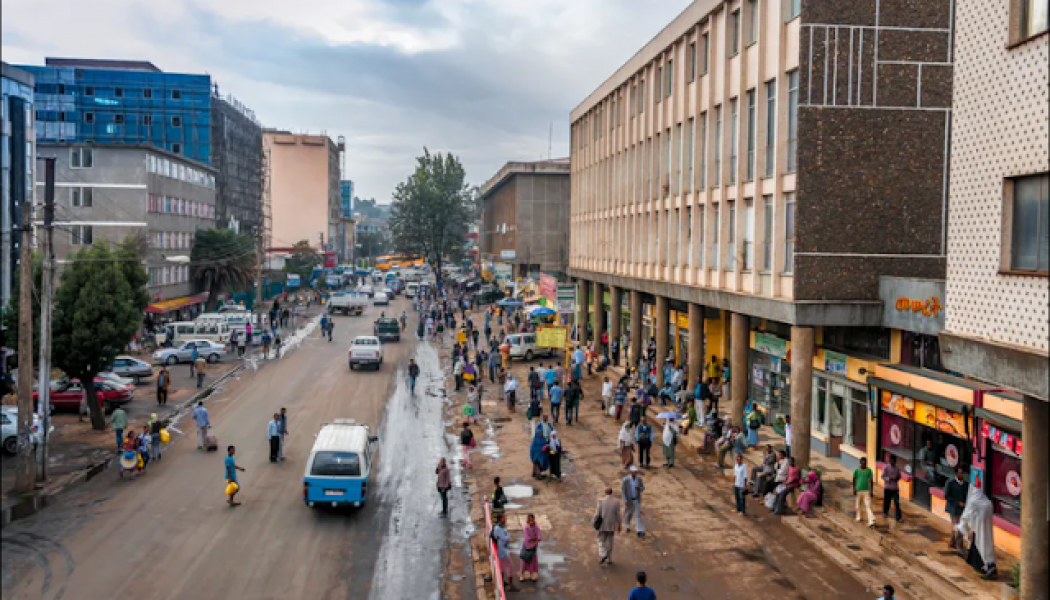 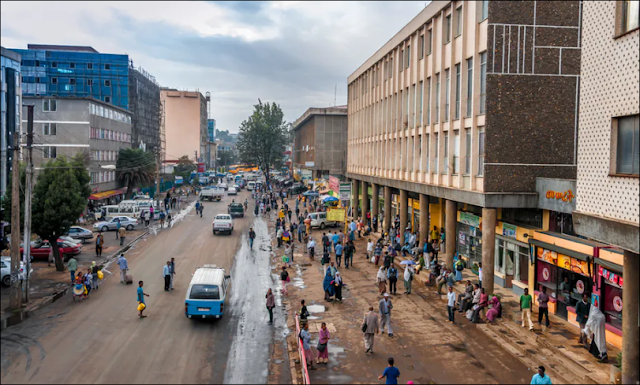 After a dramatic October, some say Prime Minister Abiy Ahmed must earn his Nobel Peace Prize.

Last month, Abiy Ahmed won the Nobel Peace Prize for his “efforts to achieve peace and reconciliation” as prime minister of Ethiopia. Today, he announced that the unusual unrest and ethnic violence which also marked last month had killed nearly 90 of his citizens.

A reformer and a reconciler, the 43-year-old head of state has made unprecedented changes in just 18 months in office, including ending a longstanding border war with neighboring Eritrea; appointing women to half his cabinet posts; releasing thousands of political prisoners, and diffusing a tense situation with insubordinate military officers by doing push-ups.

“I see Abiy as an answer to prayer,” said Frew Tamrat, principal of Evangelical Theological College in Addis Ababa, the capital city. “He tries to live by biblical values. He is a preacher of peace, reconciliation, and forgiveness.”

Though he has a Muslim father and an Ethiopian Orthodox mother, Abiy [Ethiopians go by their given names] attends a “Pente” church whose denomination—Mulu Wongel (Full Gospel Believers)—belongs to the Evangelical Churches Fellowship of Ethiopia.

“His style of leadership relies a lot on a kind of positive mindset, word-of-faith-type Pentecostal charismatic religion,” said Meron Tekleberhan, a graduate of the Ethiopian Graduate School of Theology currently finishing her Ph.D. at the University of Durham. “He considers that to be the source of his political philosophy.”

Abiy’s peacemaking has not been limited to the political sphere. In August 2018, he successfully reconciled two factions of the Ethiopian Orthodox Tewahedo Church, the largest religious group in Ethiopia.

The Tewahedo church comprises 40 percent of Ethiopia’s population and has more than 45 million followers, according to the World Christian Database. In 1991, Patriarch Abune Merkorios was exiled to the United States in the power transition between the Derg communist regime and the current state, leading to the creation of a so-called “exiled synod.”

Reconciliation between the two factions was unforeseen. According to the Tewahedo tradition, a patriarch is only appointed once the previous patriarch has passed away, so there was no scenario for cooperation. Thanks to Abiy’s input, the estranged leaders of the two synods now work side by side, with believers able to worship together.

Similar to Nelson Mandela’s concept of ubuntu, Abiy often invokes the unity of medemer as his political motivation. The literal meaning in Amharic, Ethiopia’s official language, is “addition,” but the word can also be translated as “synergy” or ”togetherness.” A million-copy manifesto outlining his political philosophy and published under the same title was released in October.

Yet there are many who fear that the peace prize was premature. The Nobel committee itself acknowledged that “many challenges remain unresolved,” noting especially the vast amounts of people forced to flee their homes amid rising ethnic tensions. According to the Internal Displacement Monitoring Center, Ethiopia currently leads the world with 2.9 million people displaced by violence.

That number continues to rise as conflict grows. Today, Abiy announced that 86 people were killed last month and thousands more displaced in widespread civil unrest across the Oromia region.

“He may [eventually] deserve a Nobel prize, but not now,” said Meron. “It seems premature, overenthusiastic on the part of the committee, and a bit superficial.”

Tedla Woldeyohannes, an Ethiopian professor of philosophy at Harris-Stowe State University in St. Louis, Missouri, credits current political turmoil to Abiy’s “pastoral prime ministership.” In his view, the current deterioration in law and order is enabled by Abiy’s focus on an agenda of love, peace, and reconciliation.

“Expecting people to love one another and to live in peace with one another just because a leader of a country speaks about these topics is not practicable,” he argued in an op-ed for ECAD Forum. “A leader’s commitment to a country is to protect the safety and security of citizens, not to exercise patience toward criminals.”

Recent political conflicts have had religious consequences. Last month’s celebrations of Meskel—a festival commemorating the fourth-century finding of the true cross, according to Tewahedo tradition—reflected an urgent longing for an elusive peace. This year, the proceedings in Addis Ababa were noticeably political. Half a million people chanted: “May there be peace, peace, peace for Ethiopia.”

Just a week before Meskel, tens of millions of people marched across the nation. It was the latest in a series of peaceful protests condemning rising violence towards Tewahedo churches throughout the country. Since Abiy’s ascension, more than 30 churches have been violently attacked, and more than half were razed to the ground. Approximately 45 clergy and church members have also been killed while defending their churches against mob attacks from ethno-nationalist groups.

“Members of the Ethiopian Orthodox Church have been slaughtered,” said Seifu Alemayehu, a demonstration organizer, at a press conference in September, noting also the displacement of thousands more. “The government has been neglectful while this is happening.”

Recent violence appears to be politically motivated. In July, three churches were torched and three people killed in the southern region of Sidama amid protests demanding regional autonomy and ethnic self-administration.

With the coffee-growing region a focal point of an ongoing saga of widespread ethno-nationalism, Abiy authorized a referendum in Sidama this November to determine its status.

“The hostility towards Ethiopian Orthodox churches is deeply tied to ethnic identity politics in the country,” Tedla told Christianity Today.

The Tewahedo Church is mostly concentrated in the northern ethnic regions of Amhara and Tigray, where it comprises 84 percent and 96 percent of the population, respectively. In contrast, in the Southern Nations, Nationalities, and Peoples’ Region (SNNPR) where Sidama is located, only 20 percent are Orthodox while the rest are overwhelmingly Protestants. [The July/August 2019 issue of CT reported how Sidama is the center of a missions movement among Ethiopian evangelicals.]

Thus, some see the protests as possessing an ethnic dimension. Some of the signs carried by protesters bore slogans such as “church and politics are not the same,” as well as messages accusing the government of inaction, demanding that those responsible be held accountable.

“Abiy is just one man,” said Meron. “As much as he tries to wring change by the force of his personality, a lot of what is happening is longstanding. These ruptures have existed for generations.”

Protesters also denounced efforts to divide the Tewahedo church along ethnic lines. Rising tensions within Ethiopia have not only brought challenges from mobs outside the church but from within as well.

Recently, an Oromo nationalist faction within the Tewahedo church began agitating for the Orthodox to split along ethnic lines in a manner similar to the structure of the federal government, which is divided into nine zones delineated predominantly by ethnic group. Oromia is the largest of these zones, and the Oromo people are the largest ethnolinguistic group in Ethiopia, comprising approximately 34 percent of the population. The Holy Synod, the Ethiopian Orthodox Church’s highest council, condemned this divisiveness during emergency meetings.

Abiy’s medemer philosophy and vision for religious pluralism is visible among the protesters. Many Ethiopian Muslims and Protestants marched alongside Orthodox believers to condemn the violence. One banner, borne by members of a local mosque in Bahir Dar, showed a cross and crescent moon side by side above the message: “We are one.” Other signs bore messages of solidarity: “We stand together.”

“Sometimes people try to separate us by tribe, language, ethnicity, religion,” said Ephrem Samuel of the SIM-affiliated Kale Heywet church, who attended the protest in Bahir Dar. “But when we come together like this … it shows that we are one.”

But for many Ethiopians, vital unity is not the same as good policy. To justify his Nobel, Abiy must successfully address the nation’s many deeply-rooted challenges.

“He has made a few good starts, but until the elections we are expecting in May, we will not know how well he has done,” said Meron.

“He may be the right leader at the wrong time.”

Written by Jack Bryan for Christianity Today, he is a freelance journalist based in Addis Ababa, Ethiopia.
SOURCE LINK

The grace of our Lord Jesus Christ be with you all. Amen.
Revelation 22:21
DailyVerses.net

We need this virtue because screens are changing us…

First Mass since Reformation to be offered in Swiss cathedral…

Meredith – Andrews – Not For A Moment

My reaction to Querida Amazonia…

Pope’s Sunday Angelus: “The Law is an instrument of freedom”…

Does consecrated life trump marriage? Can the married change their minds?

An amusing look at familial love in a TV commercial…

In this Sunday’s readings, Our Lord tells us to face up to the full demands of God’s moral law — no excuses…

This Sunday, a love you can’t fake…

A leak from the Medjugorje study commission…