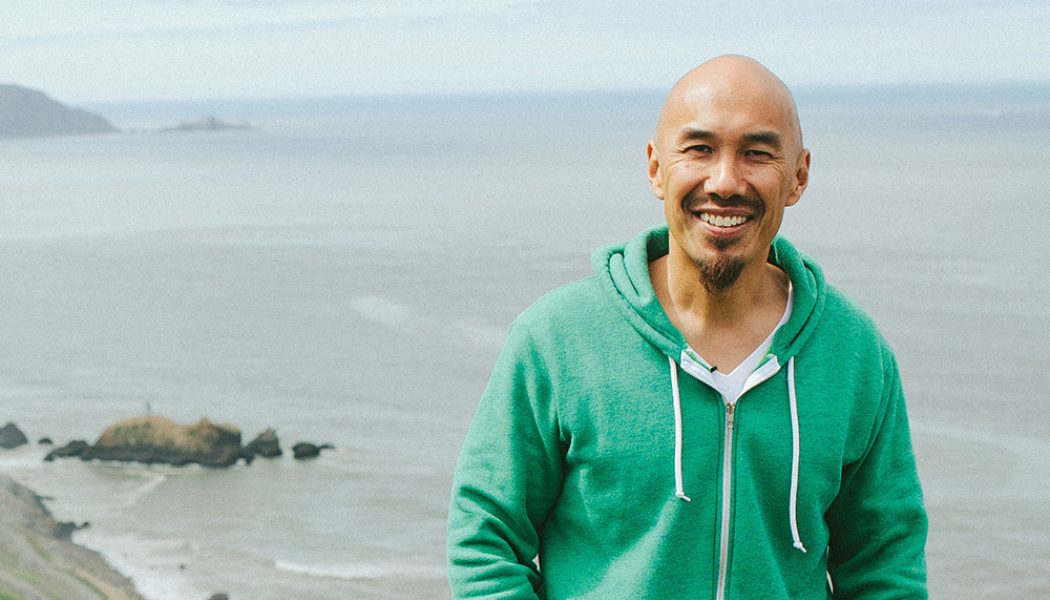 In early January, the organizers of the SEEK21 Conference released the names of the keynote speakers who are scheduled to give presentations at the four-day virtual event for Catholics of all ages. The list includes many of the top Catholic speakers in the country, including Bishop Robert Barron, Leah Darrow, Jason Evert, Sister Bethany Madonna and Father Mike Schmitz — all household names to most Catholics, and certainly to the conference’s audience.

Included in the lineup, however, is a name few Catholics will recognize. Francis Chan is an evangelical pastor who made waves in Christian circles early last year when a sermon he gave to his Protestant congregation went viral for sounding very … Catholic. Preaching about Christ’s desire for unity among his followers and the division among today’s Christians, Chan said: “I didn’t know that for the first 1,500 years of Church history, everyone saw it as the literal body and blood of Christ. And it wasn’t until 500 years ago that someone popularized the thought that it’s just a symbol and nothing more. I didn’t know that. I thought, ‘Wow, that’s something to consider.’ … For 1,500 years, it was never one guy and his pulpit being the center of the church, it was the body and blood of Christ.”

Months later, in a video conversation on the subject of Christian unity at the Eucharist, hosted by Hank Hanegraaff, a former Protestant radio host known as the “Bible Answer Man,” who has recently converted to the Eastern Orthodox Church, Chan said: “I used to look at anyone who saw the bread and the cup as more than the bread and the cup, I would just label them as Catholic and … I don’t know if it’s superstitious, but it was almost like, silly to me, if I’m being honest. … The more I study that more I’m confused, and [I’m] going, ‘Gosh, it does seem like there was a prevalent view for many years, and if I’m going to stand opposite of that, I’d better be sure.”

The video of Chan’s sermon caught the attention of one of the organizers of the SEEK21 conference, which is presented by the Fellowship of Catholic University Students (FOCUS). “After Chan’s viral video about the early Church’s teaching on the Eucharist, Curtis Martin [the founder and CEO of FOCUS] reached out to Mr. Chan through a mutual connection, to let him know that he has friends who love the Eucharist and are also passionate about Jesus Christ and sharing the Gospel. Chan will speak with Martin at the close of SEEK21 on Feb. 7, to share an illuminating look at the Scriptures and our universal call to missionary discipleship.” To learn more about the conference and how you can register, visit seek.focus.org.

In an email interview with Our Sunday Visitor, Chan speaks about the power of Scripture, his desire for Christian unity, his sermon on the Eucharist, his search for the truth and on speaking to a Catholic audience at the upcoming SEEK21 conference.

Our Sunday Visitor: Was there a singular moment when you fell in love with the Lord enough to think, “Well, this is it; I’m going to dedicate my life to serving Christ”? Once you made that decision, how did that manifest itself in your life? What was the first step toward beginning your ministry?

Francis Chan: I don’t remember one specific moment, but I remember many instances when God made his worth clear to me. It seems like he continues to do this to this day. He opens my eyes to his holiness and love, and this causes me to devalue everything else in my life. I remember as a high school student recognizing what he did for me on the cross, and it caused me to start sharing the Gospel with all of my friends at school. Concerned for their eternal destiny, I tried to talk my friends into following Jesus. That was the beginning of ministry for me.

Our Sunday Visitor: In the early years of your ministry, was there an aspect of leading a congregation that you found most fulfilling on a spiritual level?

Chan: Teaching the word of God has always been fulfilling to me. There’s a power in the words of Scripture (cf. Heb 4:12). I never tire of seeing people convicted by the Scriptures and changing their lifestyles.

Our Sunday Visitor: What was the spark that led you to begin looking into the practices of the early Church, its unity and its belief in the Real Presence of Christ in the Eucharist? Were you nervous about how this message would be heard and accepted? And, ultimately, how has your community reacted to what sounded like a very Catholic sermon?

Chan: I had some friends challenge me to study the first 300 years of Church history. They asked me to consider how much time I spent studying theology and history from the past 500 years versus the first 1,500 years. Honestly, I wasn’t that nervous about how the message would be accepted. I was a bit naive. I assumed people would just see me as a godly man, seeking God, seeking truth and being honest with the process. I had no idea that it would create such a stir. The responses have been mixed. Most people seemed to follow the logic, but there have been plenty who immediately reject anything that sounds Catholic.

Our Sunday Visitor: Christ said that he is the Way, the Truth and the Life. I think too often we ignore the fact that Christ is the Truth, which means there is only one truth, and we as Christians have a duty to seek it. We do this by asking questions and seeking answers. In your conversation with Hank Hanegraaff, he noted your willingness “to follow the truth wherever it may lead.” Why do you think that so many Christians today are unwilling to do the same?

Chan: Many of us were taught what we believe to be the truth by people who loved us — pastors, parents, friends. … In that process, they usually taught us why the other beliefs were wrong. In many instances, these are the people who led us to a real relationship with God. Because their messages or discipleship changed our lives, we feel a natural trust for and loyalty to their positions on most issues. There’s no reason to look for truth elsewhere. It’s a difficult thing to consider that the knowledge in my immediate circle may not be complete. When we are only taught “about” a group of people whose beliefs differ from ours by those in our own circles, rather than speaking directly to them, we are bound to be influenced by prejudice.

Our Sunday Visitor: In that same discussion with Mr. Hanegraaff, you mention that your journey to discover what is true has led you to question your own beliefs on whether or not the bread and wine are symbols or whether they are truly the body and blood of Christ. You said, “For my whole life, it has been merely a symbol. And to me, everything else is heresy. And now, I’m starting to question that view. I don’t know where I land yet.” How has this internal debate strengthened your relationship with Christ?

Chan: I’m not actually sure. I hate division, and the mere questioning has caused so much infighting. So honestly, any personal fulfilment has been largely usurped by the burden I feel about that. The whole experience has made me feel more urgently than ever the need to address the division that is rife in the Church today, so for that I am grateful. I have also had some wonderful times celebrating the body and blood of Christ, though.

Our Sunday Visitor: In your sermon that went viral last year, your passion for Christian unity was clear. Where did this desire come from, and what is the one thing that you would suggest Christians do to begin walking a path to oneness?

Chan: The Scriptures are so clear: God wants his children to live as one. The New Testament is full of commands to love each other deeply. The more I understood God’s will for us to be perfectly one with him and each other, the more committed I became to moving in that direction. The first steps we need to take are to worship our Savior together. Start with where we agree: We agree with all of the saints and angels that God is holy and that Jesus is worthy to be praised.

Our Sunday Visitor: You’re scheduled to speak at the SEEK21 conference. How did this pairing come about? What are you hoping to impart to these young Catholic men and women, and also, what also are you hoping to take away from this opportunity as you continue your own faith journey?

Chan: Recently, I have had more opportunities to fellowship with Catholics who love the Gospel. When I was asked to speak at SEEK21, I was honored and eager to share with you all. I believe it honors God when we humbly seek his truth together. My hope is that it encourages more people to study the Bible together, regardless of labels.

Our Sunday Visitor: Is there anything else you’d like to add?

Chan: By the grace of God, my life has been good beyond imagination. While I have failed in so many ways, one of the few good things I have done is to seek him — not just seek religion or empty works. I believe I was created in his image, made to know him deeply. I have been stunned over and over by the way that he answers my prayers. I still have many questions, but I don’t doubt that all good things have come from him. Don’t let anything distract you from your pursuit of knowing him.

Scott Warden is managing editor of Our Sunday Visitor