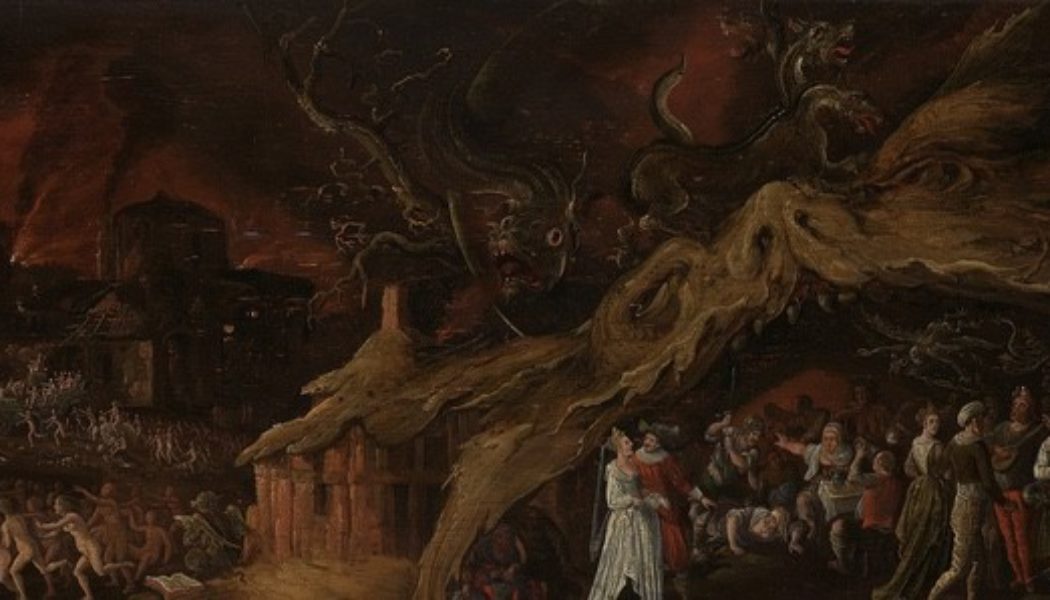 There is a deadly seven-headed monster against which each one of us must battle our whole life. This monster is self-seeking (or selfish) self-love. Its seven heads are: pride, covetousness, lust, anger, envy, gluttony and sloth. Venerable Fulton Sheen called them “the seven pall-bearers of the soul” and gave them the following names: self-love, inordinate love of money, illicit sex, hate, jealousy, over-indulgence, and laziness. They are also known as the seven deadly or capital sins.

As a result of original sin, each one of us has an inherent tendency to assert oneself as the center of things, to attempt to assert one’s will over that of others. Our great passion is for our highest good, but too often we do not comprehend what this good is and we seek it in a wrong way. Our highest good is God. He alone is our ultimate purpose, our last end, and our greatest reward. And He has shown us the way to Himself: Jesus Christ, the Way, the Truth, and the Life (John 14:6).

The key to pursuing and attaining this greatest Good is to recognize that we are creatures with the duty to love and serve our Creator in the manner He wills and desires. But when we are wrapped up in our own ego, everything we think, say and do revolves around our own self. We are really “seeking self,” though we may try to convince ourselves that we are following Christ and seeking God.

Plainly, then, the battle against self-seeking is an interior battle. Specifically, this battle takes place in our will. In the fountainhead of self-love and self-will, pride and all the other capital sins have their origin and bring forth a host of offspring, great and small. If we are motivated by self-seeking, we will seldom deny ourselves, as Our Lord instructs us to do (see Matthew 16:24). Rather than practicing love, sacrifice, humility, obedience, patience, generosity—or whatever the calls of duty and virtue may be—our self-love will feed the seven-headed monster, and we will become more and more ensnared in vice.

To pursue the path of self-love is continually to refuse love to God, and such a course is a great danger to salvation. No soul can enter heaven until it has been purged of all self-love and self-will so that it exists only for God; that is to say, until it is sanctified. For most who will be saved, a great part of this purging has to be done in purgatory, because the soul did not do it on earth. But should a soul—or, to be more personal—should we reject the will of God for our own self-will and self-love even unto death, God justly allows and respects our rejection of Him. Such a rejection on our part means eternal damnation to Hell. Our state would then be unchangeably fixed in self-love and hatred of God—eternally drawn to God, without hope of ever escaping our own pride.

To effectively overcome our tendency toward self-love, we must learn to recognize it in all its guises. It is impossible for us to combat an enemy whom we do not know, whom we do not see, or whom, perhaps, we mistake for a friend. Yet the vices—especially pride and sloth—often fly under our radar. A knowledge of the myriad ways in which the seven capital sins mask themselves can enable us to come to self-knowledge and help us wage a successful battle against them by practicing the opposite virtues. By naming and understanding some of the manifold actions which have their root in a particular vice we can fight our war against sin more effectively.

Saint Augustine of Hippo brings home the viciousness of the capital sins by depicting them as animals. Pride is characterized as a lion which roars; covetousness (also called avarice or greed) as a fox which slyly attacks; lust as a scorpion which slowly kills; anger as a unicorn which uses its horn to lash out at anyone within reach; envy as a venomous serpent; gluttony as a pig; and sloth as a bear.

Saint Augustine also points to three different particular sources of the temptations that go along with these vices: the devil, the flesh, and the world.

The devil tempts us to sins of malice, such as pride, haughtiness, envy, and anger, and to the countless other sins that spring from these roots. Because sins of malice are more especially sins of the mind, or spiritual sins, they are more grievous in their nature than sins of the flesh.

The flesh, Augustine says, naturally inclines us to lust, gluttony, ease, and self-indulgence, which are more shameful and disgraceful sins in the sight of men.

Finally, the world urges us to covet wealth, prosperity, honor, and other satisfactions, which are only illusion and lead us to fall in love with mere shadows.

Naturally, the more often we consent to any of these temptations, the deeper the vice takes root in us. This pattern leads to the formation of habits of sin, which are very hard to break. So we need to be watchful at all times in combating even the lesser sins if we are to be victorious in the greater battles we shall have to wage.

To be victorious in the battle against the seven-headed monster we must constantly place ourselves at the feet of Our Lord in prayer. Through the Sacraments of Baptism and Reconciliation we are cleansed of these sins and strengthened to overcome the sins with which we struggle. Through prayer, God continually grants us grace to overcome the enemy. Saint Paul reminds us that in our weakness we are made strong by Christ because He compensates with His grace to strengthen us (see Romans 8:26, 2 Corinthians 11:30 and 12:9, and Hebrews 11:34). Our responsibility is to respond to the graces God offers and to persevere in virtue.

There are many temptations throughout our life, but may we never lose heart to struggle against them. With firm faith and hope in the enduring mercy of God, may we always seek to find the wisdom and grace God is offering in every situation we find ourselves and so chose to love Him who is our greatest Good over all other goods–including self.