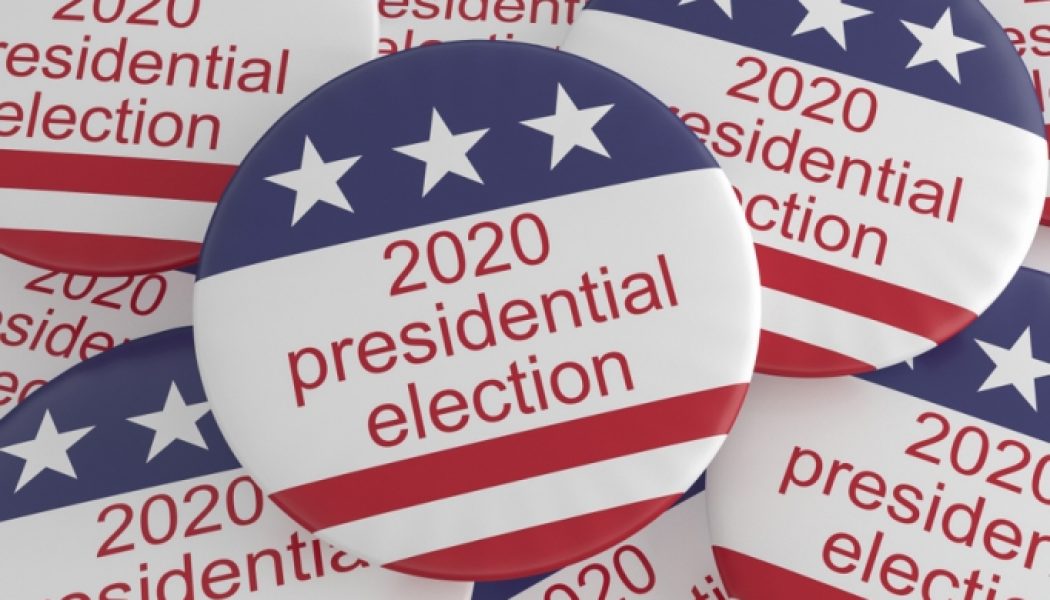 NEWS ANALYSIS: As the Democrats plunge into the primary season, new EWTN News/RealClear Opinion Research poll finds President Trump in a slightly stronger position among Catholics — but they are divided sharply according to their embrace of Church teachings.

Even as the Democrat candidates for president fight for every vote in the Super Tuesday primaries, a new EWTN News/RealClear Opinion Research poll — the second of four polls on Election 2020 — finds that while President Donald Trump is in a stronger position among Catholics than he was at the end of 2019, he is still trailing his potential Democrat rivals.

At the same time, Catholic voters are divided significantly in how they view the president and the Democrat candidates. Much as with the first EWTN RealClear Opinion Research Poll in December, the new survey confirms even more starkly that one of the most important predictors of a Catholic’s vote is the degree to which he or she accepts Church teachings. And that is just as important in how these voters look at pressing social issues and the most fundamental teachings of Catholicism.

The poll, taken Jan. 28-Feb. 4 of a sample of 1,521 self-identified Catholics, affirms once again — and even more convincingly — that any survey of Catholics must be careful in addressing the massive gulf among those Catholics who accept all of the Church’s teachings and those who accept only some, or those who reject key teachings, or say the Church has only a small influence on their lives.

That relatively small group of Catholics often described as devout or active, one-fifth of the Catholic population, claims to accept all the teachings of the Church and lives and votes very differently from many of their fellow Americans and even their fellow Catholics. They are more active in their daily practice of the faith, go to Mass more often, and are guided by Catholic teaching on a more regular basis as they discern how to vote and how to respond to the great social issues and moral crises of our time.

They are not a monolithic group. More than half (52%) are women, nearly half (48%) are under the age of 45, including nearly a third under the age of 35, and, even more remarkable, 41% are Hispanic. Some 72% attend Mass on a weekly basis or more; overall, only 35% of all Catholics attend Mass at least once a week. Among these devout Catholics, 92% pray at least weekly, 77% set aside time to pray, and 62% say the Rosary at least once a week, compared to 27% among all Catholics. And when it comes to foundational Church teaching, the active or devout Catholics are increasingly at odds with their fellow Catholics, to the point that there are virtually two Catholic communities in the country. This is obvious in the 2020 presidential election.

The poll found that slightly less than half of all Catholics (47%) approve of President Trump’s job performance. This marks a small improvement in his approval rate, which was 44% in November 2019. Likewise, about one-third (34%) of Catholics say they will definitely vote to re-elect President Trump, and another 12% report that there’s a good chance. Similar numbers say they will oppose him (36% would never vote for him; 10% say it is unlikely) — the remaining 8% say it is possible that they would vote to re-elect him. This marks a slight improvement in his numbers, as in November, 44% said they would definitely vote for him or there was a good chance they would do so.

These positive numbers for President Trump depend heavily on the devout Catholics. Among this group, 63% approve of the president. Similarly, 59% of devout Catholics plan to vote for Trump in 2020; another 8% say there’s a good chance, and only 20% say they will never vote for him.

It is a similar pattern in the head-to-head matchups against would-be rivals in the November election. President Trump still trails the Democrats among all Catholics, in every hypothetical matchup at this stage of the campaign, but he has picked up several points since the first EWTN News poll in November 2019. Central to the president remaining within striking distance of his rivals are the strong economy — including 58% of Catholics who think the country is better off financially than it was four years ago and 63% of Catholics who think they are personally better off financially than they were four years ago — and a majority of devout Catholics who support the president consistently against all of his prospective Democrat opponents.

Among all Catholics, Joe Biden remains the favorite Democrat candidate, at 29%, followed by Bernie Sanders, at 24%. These numbers remain unchanged since the first EWTN poll in November 2019. What has changed is that Michael Bloomberg is now suddenly in third place, with 17%. He was previously tied for seventh place, with 2%.

The divide that exists among Catholics is also not limited to politics. It is deep and wide on a host of issues related to Church teaching and culture.

The poll found that Catholics are split when it comes to many of the most urgent social issues, such as whether Christian owners of wedding-related businesses should have the right to not provide services for a same-sex wedding or that the Catholic Church should not be required to allow individuals who do not follow the teachings of the Church to work in parochial schools.

Another surprising area of common ground is on the death penalty. By nearly a two-to-one margin (57%-29%), Catholic voters support the death penalty, even while 63% are aware of the Church’s updated position on this issue (that Pope Francis has declared it inadmissible and that the Church should work with “determination for its abolition worldwide”).

Likewise, an overwhelming majority (72%) of all Catholics believe that certain acts are intrinsically evil, meaning that they are always immoral at all times, regardless of intention or circumstances.

In the first EWTN News/RealClear Opinion Research poll last year, one of the most shocking findings was that only 49% of all Catholics believe in the Real Presence of the Eucharist, compared to 66% among those who accept all or most of the teachings of the Church.

This new poll is also a diagnosis of failure in articulating Church teaching clearly and effectively to Catholics on such vital moral issues that involve intrinsically evil acts — abortion, euthanasia and assisted suicide. As the question on the Real Presence in the first poll also revealed, even among the most dedicated Catholics, there are still gaps in living their faith. This is apparent in the latest poll’s findings on the issue of abortion. In the poll, 51% of all Catholics believe abortion should be legal, with 44% saying it should be illegal. Among active Catholics, only 56% say it should be illegal. Less than a quarter (23%) say that abortion should always be illegal, and 27% say abortion should always be legal.

Nevertheless, in a year in which every vote will likely count, no campaign can ignore Catholics, most so President Trump. Devout Catholics represent, along with evangelicals, one of his most steadfast bases of support. This means they remain vital to his re-election hopes, and he cannot win in 2020 without them. In an election in which turnout might be decisive, 58% of Catholics say they vote all the time in major elections. This is notable, but among devout Catholics, that number is currently at 75%. With months yet to go until the election, devout Catholics right now at least are poised to become that much sought after but seemingly ever elusive solid Catholic vote.

He is a frequent contributor to the Register.

Note on methodology: From Jan. 28 to Feb. 4, RealClear Opinion Research conducted a poll of registered Catholics in the United States. Respondents were contacted online, and the survey was offered in both English and Spanish. The sample size was N=1,521, with a credibility interval of +/-2.77 at the 95% confidence level.