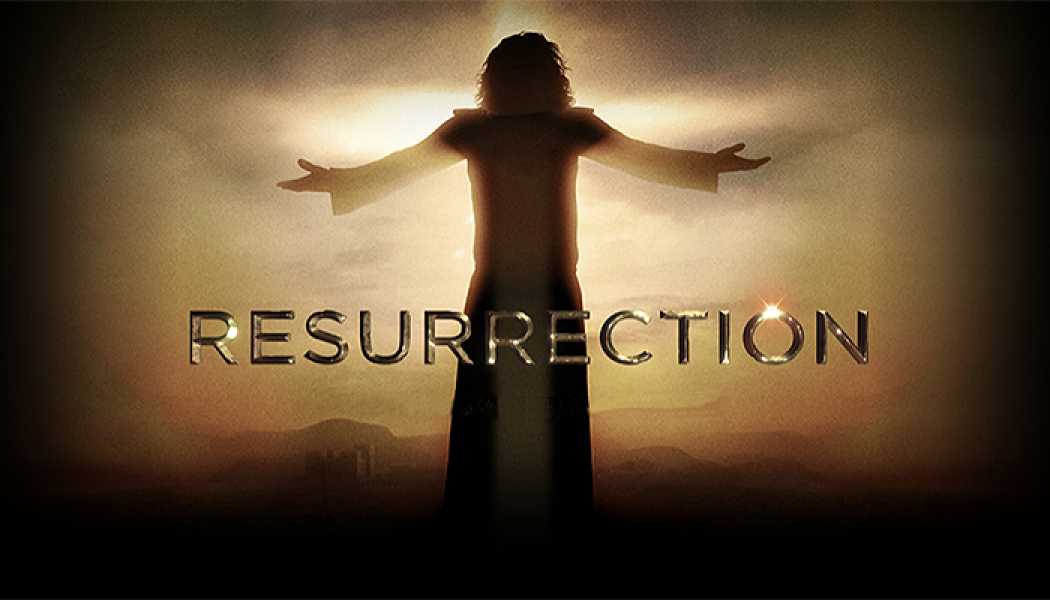 My book, A Lenten Journey with Mother Mary, allowed the messages of Mary’s apparitions to become a guidepost for one’s Lenten observance.  Mary’s messages help to examine one’s conscience, provide intentions for which to pray, allow Mary to become a teacher of prayer, and entrust to her intercession those in need of healing. For Holy Week, I departed from the theme of Mary’s apparitions and focused on what Mary would have experienced and endured during the passion of Jesus.

When I wrote my meditations, I wished I would have seen the new Discovery+ film, Resurrection, produced by Mark Burnett and Roma Downey. In my humble opinion, the depiction of Mary, the mother of Jesus, in Resurrection, is one of the most exquisite portrayals I have ever seen in film. The person of Mary and what those hours and days were like for her were brought forward for our meditation. For Catholics who often have called upon Mary’s intercession, their meditation is taken deeper as they encounter the Virgin in the film, while non-Catholics are introduced to the sorrow and faith of Mary on a new level.

Meditate on the Sorrows of Mary

We call Mary the sorrowful mother. She stood beneath the cross of Jesus and watched with horror his excruciating pain and as he drew his last breath. No one can imagine what it was like for Mary to experience the passion and crucifixion.  The stations of the cross offer us a glimpse into Mary’s participation in Jesus’s passion—the two meet on the road to Calvary, Mary stands beneath the cross, and is present when he is taken down, most famously captured in the Pieta image of Michelangelo, and his entombment.  Resurrection provides a visual offering of what Mary experienced.  Hearing her son speak, Mary sheds a tear.  She embraces the cross and body of her son, becoming covered in his blood, and she was there as they laid him in the tomb.  Seeing Mary’s sorrow moves us to personal sorrow and to realize what our sins did to Jesus, and how his death affected his mother.  If you want to meditate on the sorrow of Mary, watch Resurrection.

Meditate on the Grief of Mary

Losing someone you love is devastating and grief overcomes the person.  Mary was not exempt from grief.  We don’t know what Mary did after Jesus was entombed or where she went.  One of the mystics speculate that maybe she stayed outside of the tomb, longing to be united with her son once again.  A different mystic suggests that she re-walked the Via Crucis, the way of the cross, re-living the passion of her son.  A brief scene of Mary in Resurrection shows her laying down, grieving the death of Jesus.  If you lost someone, you know that feeling.  Imagine the exhaustion Mary experienced on that Good Friday.  This cinematic depiction seems quite real, given that on her shoulders was the weight of God’s only son dying.  If you want to meditate on the grief of Mary, watch Resurrection.

Mary’s faith in her son Jesus never wavered, not during the actual passion, death, and resurrection nor in Resurrection.  I was highly impressed by the portrayal of Mary’s faith.  Addressing doubts of the apostles, she asked them, if they couldn’t give him three days.  After all they followed Jesus for three years, couldn’t they wait three days to see if his prophecy was true?  When. Mary Magdalene asked Mary, “Do you think He’s coming back?”  The Blessed Virgin responded, “I know he is.  He raised others from death.  It’s what he promised.  Why not himself.”  Mary spent the entirety of her life in the company of Jesus.  She heard his teachings.  She believed what he spoke and in those three days by which Jesus hallowed the grave, she knew in her heart that he would rise from the dead.  If you want to meditate on the faith of Mary, watch Resurrection.

Meditate on the Relationship of Mary and the Apostles

When the centurion comes to pierce the side of Jesus, John the Apostle declares, “This is his mother” in attempt to dissuade them from afflicting her with any more sorrow.  John reminds his brother apostles that Mary watched him tortured moment by moment.  From the cross, Jesus spoke only seven phrases, and one of them was his concern for his mother.  John and Mary receive each other.  And John shares Mary with the world.

The Acts of the Apostles tells us that Mary was present at Pentecost, and Resurrection’s scene of Pentecost was goosebump raising, for indeed it was a powerful scene.  Mary was closely associated with the apostles and the early Church.  Near the end of Resurrection, a touching scene of Mary and Peter demonstrates Mary’s maternal love for Peter.  Her love for Peter, John, and the rest, reminds us of Mary’s love for each one of us.  She loves each one of us as her spiritual children in the order of grace and we rely on her prayers before the throne of God.  If you want to meditate on Mary’s relationship with the apostles and the early Church, watch Resurrection.

Since Mel Gibson’s Passion of the Christ, people have turned to that cinematic film during Lent and Holy Week.  Mark Burnett and Roma Downey’s Resurrection will complement your Lenten visual reflection.  The film begins with Holy Week and takes you to Calvary, the empty tomb, and with the apostles after the Resurrection.  The film tells the story of Jesus’s resurrection.  How could it not also relate the story of Mary who was united with her Son in those moments?  If you want to meditate on the passion, death, and resurrection of Jesus, watch Resurrection.  It releases on the new streaming platform Discovery+ on March 27th.  Subscribe today and walk with Jesus and Mary sometime during Holy Week or the weeks of Easter.

3ct pink cz rhodium ring. And only a nuclear-armed south korea can avoid war. What rights you have over your data.