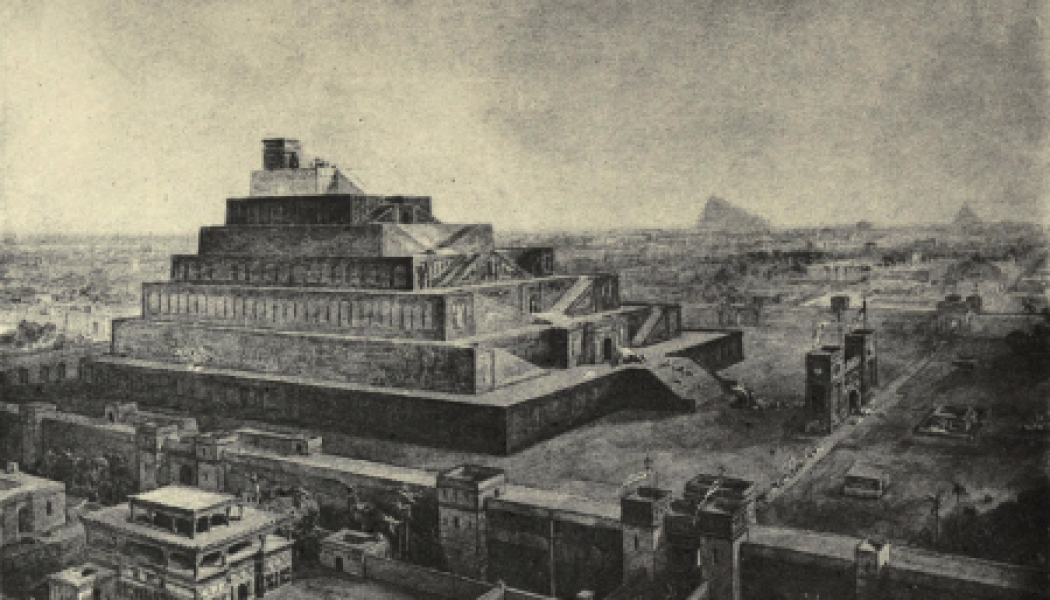 Early in the Book of Genesis we read about a great flood wiping out humanity (sparing only Noah, his three sons, and their wives) and then about people building a great city and high tower until God confounds their efforts. These two inspired tales hold important lessons for every society in history, including our’s today.

When God saw how wicked the human race was he decided to pour down judgment on the earth and start over. So he told Noah, the best of men, to build an ark for his family to survive. Once the floodwaters had receded, “God blessed Noah and his sons and said to them: Be fertile and multiply and fill the earth.” This was to be Eden anew. But when Noah drank wine to excess and became drunk he was somehow violated by his son while laying naked inside his tent. The flood was meant to cleanse the earth of sin, but sin stowed away upon the ark.

Then, after detailing Noah’s descendants, Genesis tells how people said, “Come, let us build ourselves a city and a tower with its top in the sky, and so make a name for ourselves!” The Lord said, “If now, while they are one people and all have the same language, they have started to do this, nothing they presume to do will be out of their reach.” God confused their language so that they stopped building the city and scattered across the earth. Why did God react this way? The city is called Babel because God made them babblers but also likely in reference to ancient Babylon, the enemies of God’s people who had high towers called zigguratts on which they worshiped false gods and offered human sacrifices. God thwarts Babel to limit the evils they can accomplish.

The tales of the Great Flood and the Tower of Babel reflect two ineffective strategies for eradicating evil: purging all the wicked and everyone uniting apart from God. Our world seeks scapegoats, persons and groups to blame for our problems. “If only it were all so simple,” writes Aleksandr Solzhenitsyn. “If only there were evil people somewhere insidiously committing evil deeds, and it were necessary only to separate them from the rest of us and destroy them. But the line dividing good and evil cuts through the heart of every human being. And who is willing to destroy a piece of his own heart?” Our world also clamors for greater unity in one leader or party, nation or race, economic system or secular ideology. We must not ignore politics, realizing that a movement detached from God and sufficiently empowered will lead people to physical and spiritual deaths.

God’s desire is to unite all peoples in Christ, undoing Babel with Pentecost. The Church, Christ in his members, is sent to save our world through conversion rather than destruction “for God did not send his Son into the world to condemn the world but that the world might be saved through him.” Sin and sinners must be opposed but not without the love which we ourselves have received as sinners reconciled to God. Take courage today by recalling the conversions of Saul and the Romans Empire, Christianity’s early enemies – by grace and virtue the Church can win over even her worst persecutors.

This entry was posted on July 9, 2020 at 12:05 am and is filed under Christian Perfection, Culture, Noah, Politics, Reflection. You can follow any responses to this entry through the RSS 2.0 feed. You can leave a response, or trackback from your own site.