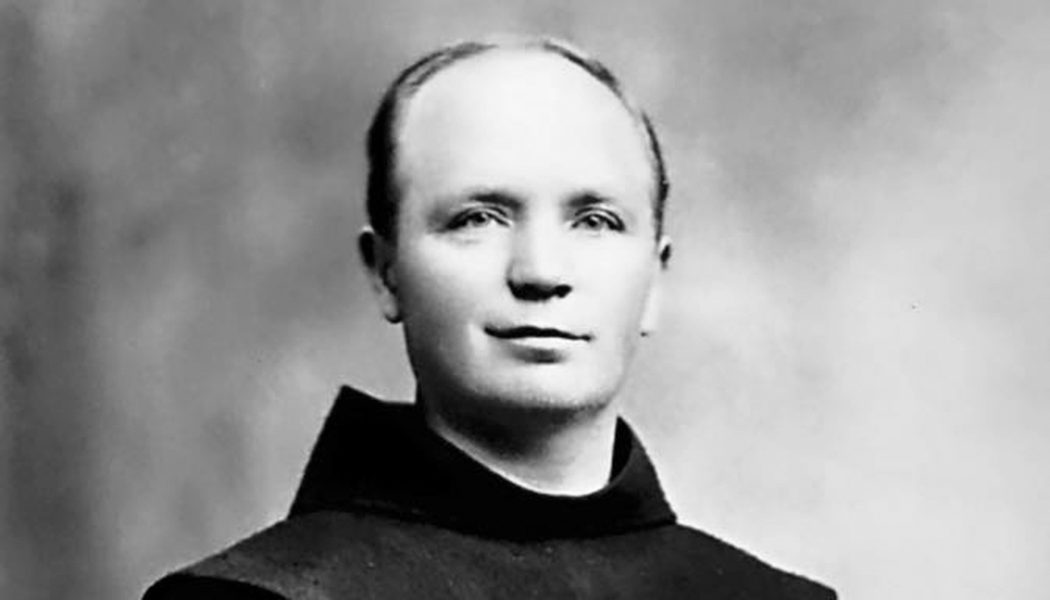 When Joseph Heinrichs fled Otto von Bismarck’s Kulturkampf in Germany, he thought he was escaping persecution. He didn’t know that shortly after being ordained a Franciscan priest and taking the religious name Leo, he would be shot because of one man’s hatred for the Catholic faith.

He was a holy priest, a shepherd who cared deeply about the people he served, especially the poor and working class.

Yet, he was still a priest and this simple fact angered a man named Giuseppe Alia, who had a personal vendetta against all priests. Alia took out his aggression on Sunday, February 22, 1908. Here is a retelling of the story by Fr. Eusebius, who was at the parish and recounted the events in a letter published in the Messenger magazine.

Father Leo had won the love and veneration of all the parishioners and all the community. If I had been celebrant in his stead, the villain would have shot me. Father Leo read the six o’clock Mass, and distributed Holy Communion. There were about sixty communicants. When Father Leo was before the Blessed Virgin’s altar and was giving Holy Communion to a shabbily dressed man, the latter did not receive it, but throwing it on the floor pulled a revolver and shot good, faithful, beloved Father Leo through the heart.

The little altar boy who accompanied him with a candle, saw the weapon and cried: “Father! look out!” The priest asked, “Why?” and at the same instant was shot. Although suffering great pain he stooped to gather up some Sacred Hosts that had fallen to the floor. The boy exclaimed: “But, Father! ain’t you shot?” “Sure,” “he answered, ”I am shot badly. Where is Father Eusebius?” The boy said: “I will call him.” With this Father Leo sank to the floor, placing the ciborium on the steps of the Blessed Virgin’s altar, and reclined in a kneeling position beside it. He had been to confession Saturday. He gave himself the Holy Viaticum and was absolved and anointed by Father Walston, while I gathered the twenty-five Hosts lying around and put the Blessed Sacrament in the tabernacle.

According to the Franciscan Friar’s website, “A few days earlier, he had preached ‘How sweet it is to die at the feet of Mary.’”

Alia was quickly apprehended and said later that he didn’t target Fr. Heinrichs specifically, and would have shot all the priests at the parish if he could. His last words before being hanged were, “Death to the priests!”

The life and death of Fr. Heinrichs was an inspiration to many and his cause for canonization was first introduced in 1928, with an official opening of his cause in 1933. Currently he is recognized as a “Servant of God,” but if the pope deems him a “martyr,” then his cause could potentially be sped up with the evidence of miracles through his intercession.