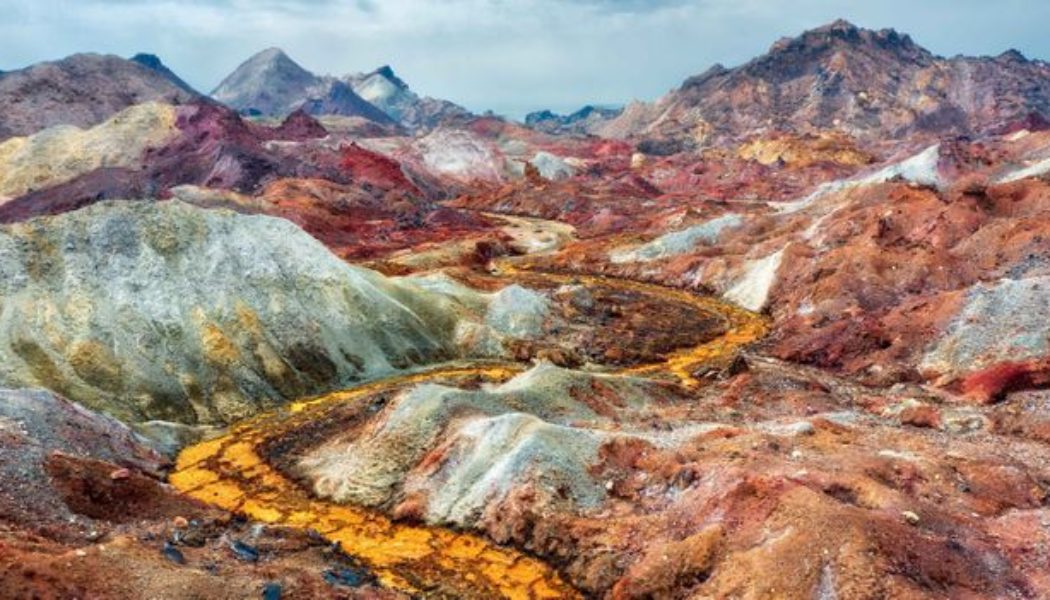 The red soil on the mountain I was standing near, called gelack, is caused by haematite, an iron oxide thought to be derived from the island’s volcanic rocks. Not only is it a valuable mineral for industrial purposes, it also plays an important role in local cuisine. Used as a spice, it lends an earthy flavour to curries and goes perfectly with the local bread called tomshi, which means “a handful of something”.

“The red soil is used as a sauce,” explained Maryam Peykani, Farzad’s wife. “This sauce is called soorakh and is spread on flatbread as it is almost cooked. Apart from its culinary usages, the red soil is also used [in paintings by] local artists, dyeing, creation of ceramics and cosmetics.”

Beyond the ruby-red mountain, there’s plenty else to explore on Hormuz. In the island’s west there’s a spectacular salt mountain known as the Goddess of Salt. Extending more than a kilometre, its pale caves and sharp-edged walls are covered by shimmering salt crystals that look like the giant columns of a marble palace.

You may also be interested in:
• How a Scottish mountain weighed the planet
• An ancient Roman mystery solved
• The cliff that changed our understanding of time

Locals believe that the salt possesses the healing power to soak up and release any negative energy, and Kay advised me to take my shoes off so my feet touched the salt dome. “The rock salt is known to release immense positive energy,” he told me. “After having spent [time] in this valley, you are bound to feel much more invigorated, which is why the valley is also called the Energy Valley.”

Similarly, in the island’s south-west is Rainbow Valley, a stunning display of multi-hued soil and vividly coloured mountains in shades of red, purple, yellow, ochre and blue. As I walked, I noticed patches of bright colours forming geometric patterns that glittered and gleamed as the sun’s rays hit them.

In the nearby Valley of the Statues, rocks were weathered into fantastical shapes by thousands of years of wind erosion; with a bit of imagination, I could see birds, dragons and other mythical creatures. It was like admiring Earth’s very own art gallery.