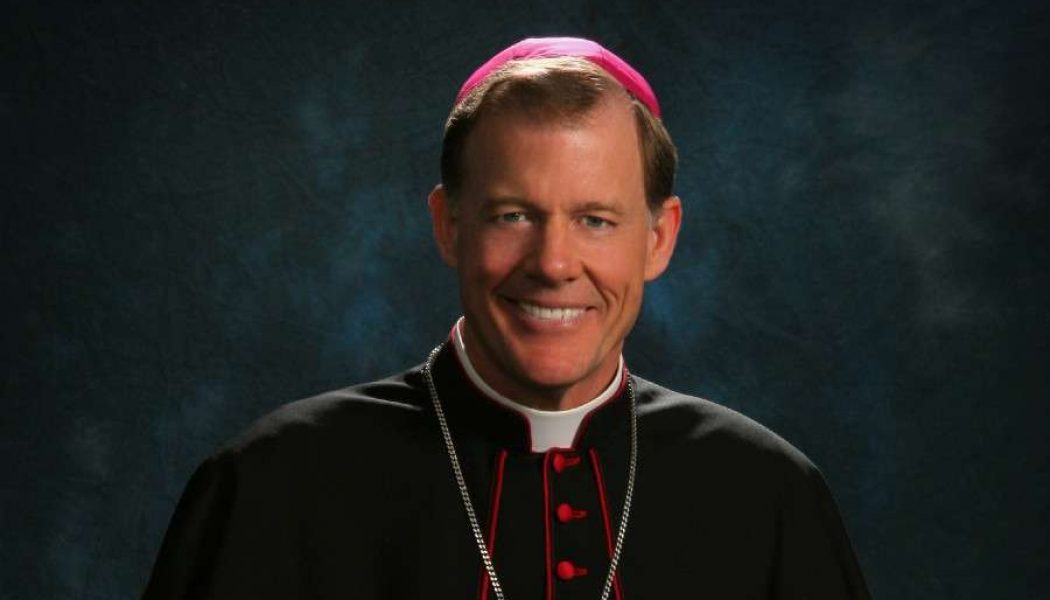 Washington, D.C. Newsroom, Aug 18, 2020 / 11:51 am MT (CNA).- Priests in the Archdiocese of Santa Fe have been warned that they could lose the faculty to preach if they give homilies longer than five minutes. The archdiocese told CNA the restriction is part of the archdiocesan response to the coronavirus pandemic.

In the memo, sent July 31, archdiocesan vicar general Fr. Glennon Jones said that the archdiocesan chancery had “received reports of some homilies going on for well over the 5-minute limit set by the Archbishop.”

“This not only increases exposure time [of the coronavirus] to others, but increases the discomfiture of many congregants, to the point of some not attending Mass because of it.”

“If such homilies continue, [Archbishop John Wester] will consider severer [sic] actions for subject clergy,” Jones wrote, “up to and including possible suspension of the faculty to preach.”

The warning was part of a series of “periodic communications” from the chancery regarding pastoral and sacramental practice in the Santa Fe archdiocese during the coronavirus pandemic.

Since May 16-17, churches in the archdiocese have been allowed to reopen for the public celebration of Mass in line with phase one of the governor’s reopening guidelines, allowing for attendance set at 10% of building capacity.

Under the guidelines posted on the archdiocesan website, various restrictions on the celebration of the liturgy remain in place, including a prohibition on congregants singing.

The time limit on homilies of five minutes referenced in the July 31 memo appears to have been preceded by a relaxation of the posted guidelines, which state that homilies be “very brief,” and “three minutes max.”

The various restrictions and directives issued by Wester aim to ensure that the Mass is concluded within “30-40 minutes.”

The July 31 memo also tells priests that in light of the coronavirus pandemic, communicants can receive the Eucharist “inside the Church if they leave directly thereafter.”

CNA asked the archdiocese to confirm if the directive regarding the length of homilies had been issued in a manner consistent with canon law, and for clarification on how the policy would be enforced. A spokesperson for the archdiocese told CNA that the purpose of the email, and the policy, was to ensure that priests were taking all necessary precautions against the coronavirus.

“The intent of Father Glenn Jones’ memo was to underscore the seriousness of the pandemic, Archbishop’s great concern for human life and the health and safety of our parishioners,” the spokesperson said.

“Our parishioners have also been informed of the archdiocesan protocols and have expressed their concerns. Thus, our priests have been reminded to abide by the protocol of preaching only short 3-5 minute homilies during these perilous times.”

The other dioceses in the state of New Mexico, Gallup or Las Cruces, have not issued limits on the length of homilies since resuming the public celebration of Mass.

The General Instruction for the Roman Missal does not prescribe a particular length of time for the homily. It does note that the homily “is necessary for the nurturing of the Christian life. It should be an exposition of some aspect of the readings from Sacred Scripture or of another text from the Ordinary or from the Proper of the Mass of the day and should take into account both the mystery being celebrated and the particular needs of the listeners.”

“There is to be a homily on Sundays and holy days of obligation at all Masses that are celebrated with the participation of a congregation; it may not be omitted without a serious reason. It is recommended on other days, especially on the weekdays of Advent, Lent, and the Easter Season, as well as on other festive days and occasions when the people come to church in greater numbers,” the instruction explains.

In a 2018 audience, Pope Francis exhorted priests to ensure their homilies are well-prepared and considerate of the congregation, mentioning off-the-cuff that homilies should often be no more than 10 minutes. At Sunday celebrations of the Mass, however, the pope has preached longer than the recommended amount, and he has made no formal norms regarding the length of time for homilies.

In his 2013 apostolic exhortation Evangelii gaudium, Pope Francis emphasized the importance of homilies.

“The homily has special importance due to its eucharistic context: it surpasses all forms of catechesis as the supreme moment in the dialogue between God and his people which lead up to sacramental communion. The homily takes up once more the dialogue which the Lord has already established with his people.”

The pope emphasized that a priest must discern in prayer, and from his knowledge of his people, how best to preach to them. “The preacher must know the heart of his community, in order to realize where its desire for God is alive and ardent, as well as where that dialogue, once loving, has been thwarted and is now barren.”