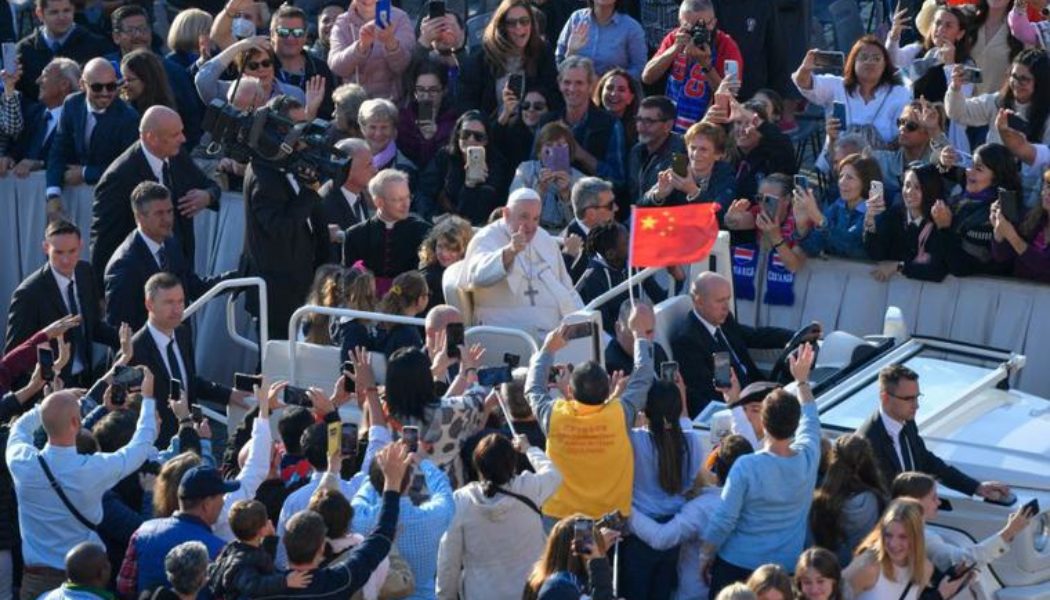 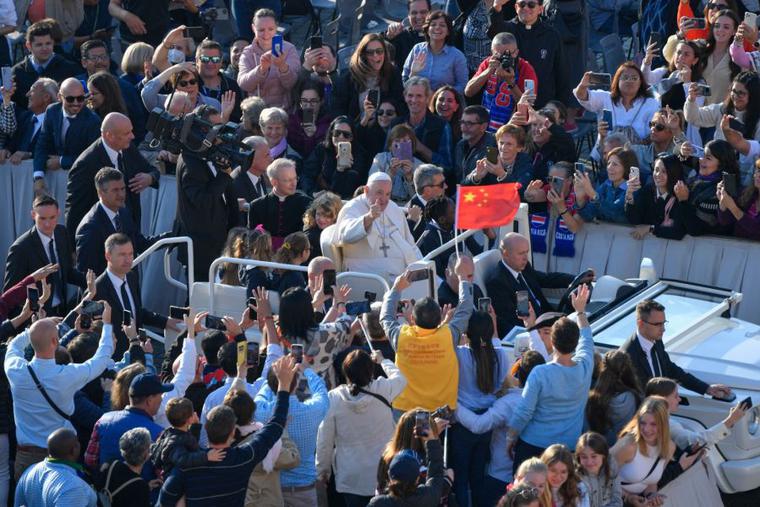 After the China deal was signed in 2018, state officials in different regions of China removed crosses and demolished church buildings, and underground Catholics and clergy have reported harassment and detention.

The Vatican announced Saturday it has renewed its 2018 deal with China on the appointment of Catholic bishops for an additional two years.

“After appropriate consultation and assessment, the Holy See and the People’s Republic of China have agreed to extend for another two years the Provisional Agreement regarding the appointment of Bishops,” the Vatican said in an Oct. 22 press release.

“The Vatican Party,” it continued, “is committed to continuing a respectful and constructive dialogue with the Chinese Party for a productive implementation of the Accord and further development of bilateral relations, with a view to fostering the mission of the Catholic Church and the good of the Chinese people.”

The provisional agreement between the Vatican and China was first signed in September 2018 and renewed for another two years in October 2020. The terms of the deal have not been made public.

Pope Francis said in July that he hoped the agreement would be renewed for a second time.

In an interview with Reuters published July 5, the Pope defended the Vatican-China deal against its critics, saying, “Diplomacy is the art of the possible and of doing things to make the possible become a reality.”

He compared today’s critics and those who spoke negatively about the Vatican’s diplomatic decisions during the Cold War, when the popes struck deals with Eastern European communist governments in an attempt to protect the interests of the Catholic Church.

“Diplomacy is like that. When you face a blocked situation, you have to find the possible way, not the ideal way, out of it,” the Pope said.

“As is always the case, such difficult and delicate situations require adequate time for implementation in order to then be able to verify the effectiveness of the result and identify possible improvements,” he said in the new interview.

After the China deal was signed in 2018, state officials in different regions of China removed crosses and demolished church buildings, and underground Catholics and clergy have reported harassment and detention.

A 2020 report from the U.S. Congressional-Executive Commission on China found that Chinese Catholics suffered “increasing persecution” after the agreement came into effect.

While introducing more restrictive rules on religious practice, China’s President Xi Jinping has been outspoken about his goal of the “sinicization” of religions.

Chinese authorities have sought to diffuse “religious theories with Chinese character” into the five official religions supervised by the government, including the Chinese Catholic Patriotic Association. This has included instructing Christian churches to remove images of the Ten Commandments and replace them with the sayings of Chairman Mao and Xi.

Cardinal Parolin said “Pope Francis — with determination and patient foresight — has decided to continue along this path not under the illusion of finding perfection in human rules, but in the concrete hope of being able to assure Chinese Catholic communities, even in such a complex context, of the guidance of pastors who are worthy and suitable for the task entrusted to them.”

The provisional agreement with China on the appointment of bishops is “a limited but significant part,” Cardinal Parolin said.

“Of course,” he continued, “we do not hide the numerous difficulties that affect the concrete life of the Catholic communities, which enjoy our utmost attention, and for the good solution of which new steps forward are necessary in a collaborative relationship that has multiple protagonists: the Holy See, the central authorities, the bishops with their communities, and the local authorities.”

“The ultimate goal of this journey is for the ‘little flock’ of Chinese Catholics to advance in the possibility of living serenely and freely their Christian life,” he said.

Cardinal Joseph Zen, retired bishop of Hong Kong, has been an outspoken critic of the Vatican’s China deal.

The cardinal, 90, was arrested in May along with other democracy activists under Hong Kong’s strict national security law.

He is standing trial for failing to properly register a fund to provide legal aid to pro-democracy protesters. The trial is scheduled to resume Oct. 26.