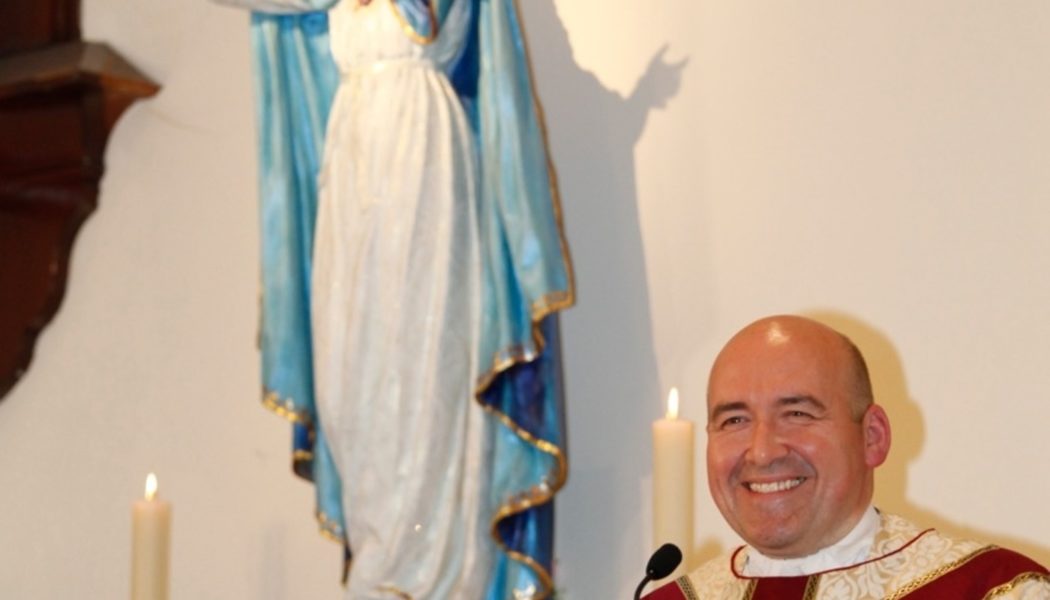 Father John Horgan, pastor of Immaculate Conception Parish in Vancouver and a widely known face and voice of the Archdiocese of Vancouver, died Wednesday at the age of 63.

Father Horgan had been battling stomach cancer and was recently admitted to palliative care.

Father Horgan was ordained to the priesthood in Rome by Pope John Paul II at the age of 26, one of 74 priests ordained by the Pope in a traditional Mass on the Feast of the Holy Trinity, May 26. He returned to Vancouver to serve the archdiocese and over three decades he served as pastor of Saints Peter and Paul in Vancouver and St. Pius X in North Vancouver before being assigned in 2021 to Immaculate Conception in Vancouver.

In 1996 he returned to Rome to complete his licentiate in sacred theology with emphasis in medical ethics and healthcare. He wrote his thesis on the Vatican’s 1995 Charter for Healthcare Worker.

As a moral theologian he lectured locally and internationally and was frequently consulted on medical ethics. He was an expert on saints and his lifelong interest in the subject led to a diploma magna com laude from the Studium of the Congregation for the Causes of Saints. With expertise in the investigation and evaluation of candidates for sainthood, he advised on numerous sainthood causes and served as a vice-postulator for the cause of Blessed Marie of Jesus Deluil-Martiny (1841-1884), the foundress of the Daughters of the Heart of Jesus, a community of cloistered Sisters dedicated to Eucharistic adoration and reparation.

Father Horgan served as a chaplain at Vancouver hospitals, including St. Paul’s during the AIDS crisis in the 1980s and ’90s, and served for several years as the archbishop’s representative to the Catholic Health Care Association of British Columbia.

He was a chaplain to numerous organizations, from Vancouver College, to the St. Thomas More Catholic Lawyers Guild and the Catholic Physicians’ Guild of the Archdiocese of Vancouver, the Knights of Malta and the Equestrian Order of the Holy Sepulchre of Jerusalem, and for more than a decade to the Musqueam Indian Band.

From the 1990s Father Horgan was a familiar face and voice of the Archdiocese of Vancouver internationally after beginning an association with EWTN, the Eternal Word Global Television Network. He made many EWTN appearances on radio and TV and appeared several times with EWTN founder Mother Angelica. He two television series and hosted the series Angels of God, based on his 2018 book His Angels at Our Side: Understanding Their Power In Our Souls and the World. He went to Hanceville, Ala., to concelebrate Mother Angelica’s funeral Mass in 2016 and his voice could be heard on EWTN reading the psalms and Scripture verses each day.

He was a consultant to the 2005 movie The Exorcism of Emily Rose, a movie loosely based on an actual case in Germany. Many of his TV appearances are available on YouTube.

He collected relics and was a lover of reading, amassing a collection of more than 14,000 books.

Funeral details are still being arranged.

To comment send us a letter to the editor here.