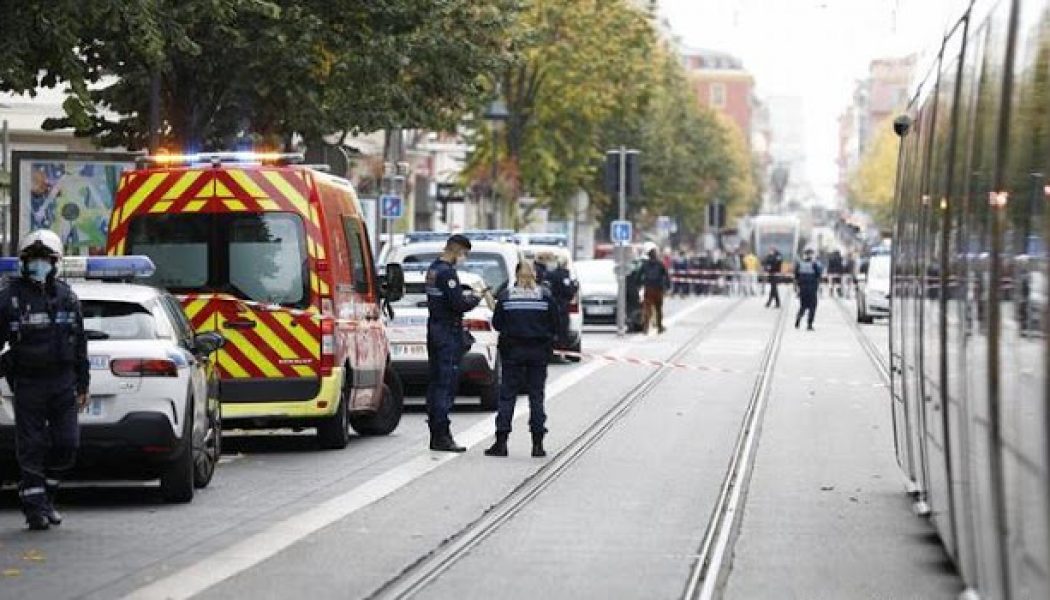 Authorities are investigating a deadly knife attack in the French city of Nice as a terrorist incident. Following the third attack in two months attributed to Muslim extremists, France raised its alert level to urgent.

Evangelicals pray for peace after three were killed at a Catholic church in Nice, the third incident in recent months attributed to Muslim extremists.

What do we know about the attack?

French evangelicals are mourning along with the Catholic church and the rest of the nation after an attacker armed with a knife killed three people Thursday at a basilica in the Mediterranean city of Nice.

“Let us be peacemakers in a French society that lacks it. Pray for our fellow citizens, whatever their religion. Let us love our neighbors, as Jesus ordered us to do,” stated the National Council of Evangelicals of France (CNEF), citing Matthew 5:9.

Police in Nice have closed all places of worship in the city, and the evangelical group advised pastors across the country to heed government recommendations to heighten security due to the threat of further violence.

The incident at Notre Dame Basilica in Nice was the third attack in two months in France that authorities have attributed to Muslim extremists, including the beheading of a teacher.

It comes amid a growing furor over caricatures of the Prophet Muhammad that were republished by the satirical newspaper Charlie Hebdo—renewing vociferous debate in France and the Muslim world over the depictions that Muslims consider offensive but are protected by French free speech laws.

Other confrontations and attacks were reported Thursday in the southern French city of Avignon and in the Saudi city of Jiddah, but it was not immediately clear if they were linked to the attack in Nice.

“He cried ‘Allah Akbar!’ over and over, even after he was injured,” said Nice Mayor Christian Estrosi, who told BFM television that two women and a man had died, two inside the church and a third who fled to a nearby bar but was mortally wounded. “The meaning of his gesture left no doubt.”

Christian leaders across France responded by crying out to God in prayer and calling for peace in their country. “May God console the hearts of bereaved families,” said Thierry Le Gall, a pastoral director with CNEF. “Let us pray for our nation, the forces of order and unite against barbarism, for freedom of religion and expression.”

The assailant in Nice was wounded by police and hospitalized after the killings at the basilica, less than a half-mile from the site in 2016 where another attacker plowed a truck into a Bastille Day crowd, killing dozens of people.

Shots punctuated the air and witnesses screamed as police stationed at the grandiose doors to the church appeared to fire at the attacker inside, according to videos obtained by the Associated Press. Hours later, AP reporters at the scene saw emergency vehicles and police tape lining the wide Notre Dame Avenue leading toward the plaza in front of the basilica. For a time after the attack, sounds of explosions could be heard as sappers exploded suspicious objects.

France’s anti-terrorism prosecutor’s office opened an investigation into the attack, the third one since a trial opened in September for people linked to the 2015 attacks at Charlie Hebdo and a kosher supermarket by gunmen who claimed allegiance to the Islamic State group and al-Qaida. The trial is nearing its end, with a verdict planned for November 13, the fifth anniversary of another series of deadly Islamic State attacks in Paris.

The Protestant Federation of France stated, “Religious fanaticism is a scourge that we are all called to fight against and we call on the authorities to be extremely firm with regard to such terrorist acts.” The group called on Christians to stand together around gospel hope while recognizing the tragedy of the situation in France.

French Roman Catholic sites have been ferociously and repeatedly targeted by extremists in recent years, including the killing of Jaqcues Hamel, who had his throat slit while celebrating Mass in his Normandy church by Islamic militants and a plot to bomb Paris’s Notre Dame cathedral.

Those attacks were claimed by the Islamic State group, which also is believed to have recruited a man now on trial who plotted unsuccessfully to attack a church on the outskirts of Paris.