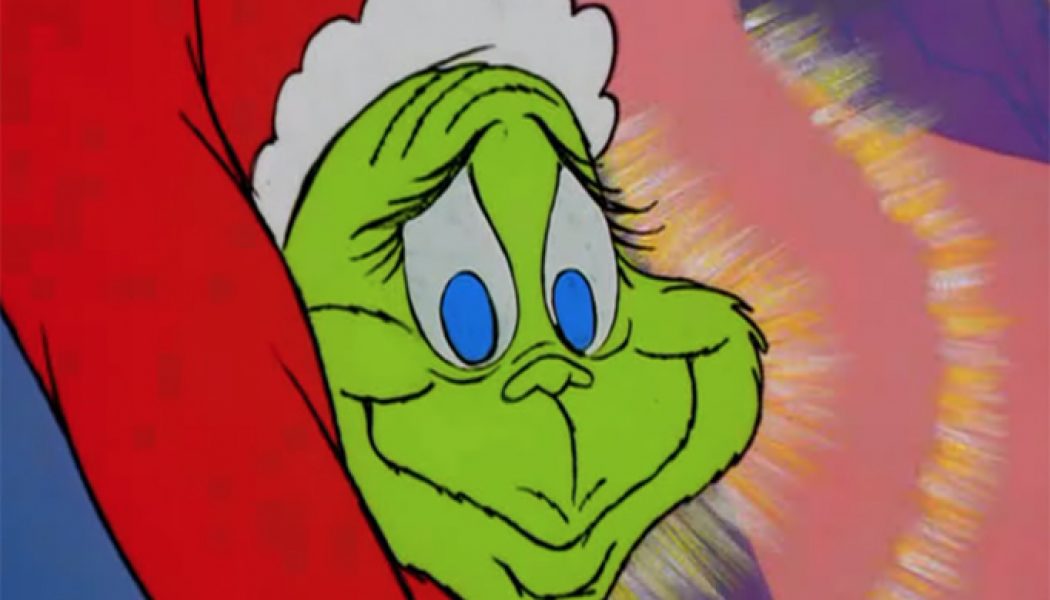 Celluloid glimpses of the Glory of God, from Miracle on 34th Street to Home Alone 2.

So I was talking to Matt Swaim on the Son Rise Morning Show about G.K. Chesterton’s great appreciation of Charles Dickens’ A Christmas Carol and he mentioned that many Christmas-themed movies feature conversions like Scrooge’s: he brought up The Grinch Who Stole Christmas or The Grinch as an example, and It’s a Wonderful Life. But as Turner Classic Movies and other cable stations are showing movies with Christmas settings, I began to think of many more Christmas conversions — changes of heart, family reconciliations, and renewed hope brought about by the “spirit of Christmas.” Even all those Hallmark Channel Christmas movies are about some kind of conversion: from career to family; from expedient marriage to finding true love, etc.

As Matt and I remarked about Ebenezer Scrooge’s conversion and A Christmas Carol in general, the Incarnation and the birth of Jesus the Savior, are at best obliquely mentioned. Dickens alludes to Jesus in passing but never mentions his name. Scrooge’s conversion and these other examples are moral conversions, not doctrinal: the characters in these movies become more giving, loving and forgiving; they don’t assent to the teachings of Jesus and His Church.

A 1940 movie not even listed in Wikipedia’s article on Christmas movies is Remember the Night with Barbara Stanwyck (as Lee Leander) and her Double Indemnity co-star Fred MacMurray (as John Sergeant). She’s a shoplifter about to go on trial just before Christmas. Fearing a sympathetic jury, MacMurray argues for a postponement of the trial and then feels bad about leaving a fellow Hoosier in jail over Christmas. He agrees to drop her off at her mother’s home on the way to his family home. Once they reach her home, however, he realizes she can’t stay there: Lee’s mother won’t take her in. So he has to take her home to his mother, maiden-aunt Emma and Cousin Willy.

Lee sees a family life she never imagined; John begins to see her vulnerability: by the time their Christmas celebrations are over, he’s ready to take her to Canada to avoid prosecution. She persuades him to go back to New York, having agreed with his mother, played by Beulah Bondi, not to ruin John’s career. At trial, he tries to sabotage his own case and Lee changes her plea to guilty. John wants to marry her before she serves her prison term, but Lee says he should wait: will he still want to marry her after she’s been in jail — an assistant district attorney married to a convicted criminal?

Screenwriter Preston Sturges said of his story that “Love reformed her and corrupted him.” Perhaps less cynically we could say that John wanted to have mercy on Lee after seeing her background and her neediness. Both his and her parents had been poor, but he’d been raised with love and support: she hadn’t so he wants to save her from further harm.

Two movies set at Christmastime on the streets of New York City (Manhattan), It Happened on Fifth Avenue and Miracle on 34th Street, end with families reconciled or established. In the first, the second-richest man in the world, Michael J. “Mike” O’Connor, reunites with his divorced wife and estranged daughter when a hobo invades his home and welcomes other homeless, including veterans from World War II — Mike O’Connor finds out what real riches are from Aloysius T. McKeever. Divorcee Maureen O’Hara, as much as her daughter Natalie Wood, regains hope for the future and trust that love can be true with the examples of Kris Kringle and John Payne.

Other families find reconciliation and healing in The Holly and the Ivy (1952) from England’s Lion Studios with Ralph Richardson, Celia Johnson, and Margaret Leighton and I’ll Be Seeing You (1944) with Ginger Rogers and Joseph Cotton. Ginger Rogers is a furloughed convict visiting her family and Cotton is a shell-shocked veteran. Her family, especially her cousin Barbara (Shirley Temple), accepts her innocence and she helps him heal. The movie shares its title with the hit song of that year, recorded by Bing Crosby, Frank Sinatra and Billie Holiday! The Holly and the Ivy has a religious aspect, as estranged, self-proclaimed atheist adult children learn that their minister father really does love them and wants to help them. They reconcile and attend Christmas Day church services together.

The Bishop’s Wife with David Niven, Cary Grant, and Loretta Young even has two conversions: the rich widower Agnes Hamilton (Gladys Cooper) and the Episcopalian Bishop himself, who realizes that he’s taken his wife’s love for granted, and that there are more important things than building a cathedral, like celebrating the birth of Jesus Christ.

Come to the Stable has a last minute conversion, as Hugh Marlowe finally relents and lets Loretta Young and Celeste Holm build their hospital. His change of heart comes when he hears Gregorian chant! Horace P. Bogardus (Henry Travers) has a similar change of heart in The Bells of St. Mary’s when he donates his new building to Sister Benedict (Ingrid Bergman) after Father O’Malley (Bing Crosby) has persuaded him that good deeds will improve his heart condition (in more ways than one).

Marley, the Pigeon Lady, and Kevin

Among newer Christmas-themed movies, perhaps the first two John Hughes Home Alone movies continue this theme of conversion and change: in the first movie, Kevin realizes he shouldn’t be such a brat; he gets to know his curmudgeonly neighbor Old Man Marley when he goes to church to hear the choir practice. Kevin encourages Marley to reconcile with his son and spend Christmas with his granddaughter, who is singing in the choir. After Kevin’s mother, followed by the rest of the family, has arrived, he sees Marley’s family coming to visit. In Home Alone 2: Lost in New York, Kevin befriends a reclusive Pigeon Lady in Central Park, persuades her to trust again, and sets out to do a good deed (stop Harry and Marv from robbing a toy store) to make up for his bad behavior.

While these are perhaps incomplete conversions — Kevin obviously didn’t keep his resolution not to be a brat — they are signs of the sanctification Jesus and His Church urge us to seek. They are celluloid glimpses of the Glory of God, as the Catechism of the Catholic Church states in paragraph 294, citing Ephesians 1:5-6, St. Irenaeus of Lyons, and 1 Corinthians 15:28 respectively:

The glory of God consists in the realization of this manifestation and communication of his goodness, for which the world was created. God made us ‘to be his sons through Jesus Christ, according to the purpose of his will, to the praise of his glorious grace,’ for ‘the glory of God is man fully alive; moreover man’s life is the vision of God: if God’s revelation through creation has already obtained life for all the beings that dwell on earth, how much more will the Word’s manifestation of the Father obtain life for those who see God.’ The ultimate purpose of creation is that God ‘who is the creator of all things may at last become all in all, thus simultaneously assuring his own glory and our beatitude.’

Of all these Christmas conversions, Ebenezer Scrooge’s, as described in Dickens’ story, is the most satisfactory, because it is the most complete of its type:

Scrooge was better than his word. He did it all, and infinitely more; and to Tiny Tim, who did not die, he was a second father. He became as good a friend, as good a master, and as good a man, as the good old city knew, or any other good old city, town or borough, in the good old world. … he knew how to keep Christmas well, if any man alive possessed the knowledge.