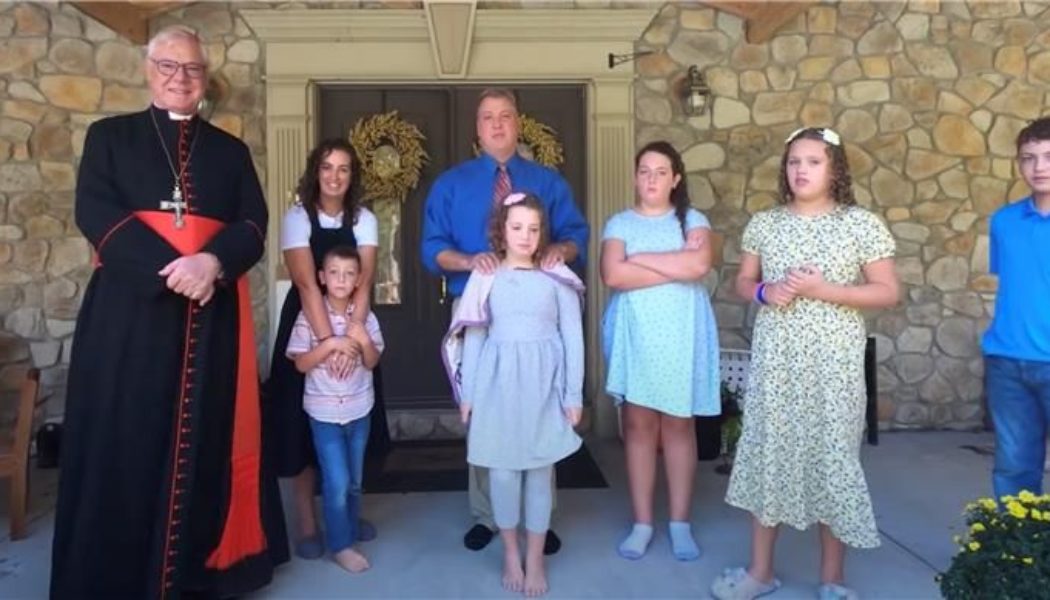 “But the United States has always had the leadership for democracy and democracy doesn’t work when there is no respect of basic rights of life and personal integrity of your body and your liberty,” the cardinal continued. “We are citizens of the states and not serfs of some ideological leaders.”

“This is not acceptable and this is a scandal. They are making America ridiculous in the eyes of society,“ he said.

Müller compared the actions of the FBI to the “Chinese Communist police” and questioned, “How could it happen in a democratic state where natural law is the basis of the decisions of the American nation?”

“Therefore as a Catholic bishop and Roman Catholic cardinal, I condemn these actions against non-armed families, against children; it’s threatening for children, terrorizing them,” he said. “There is no reason and no justification for this brutal action against these peaceful families.”

Müller questioned how Western nations can speak out against Putin’s war in Ukraine “when we are doing the same things that are threatening the children. How is this possible?”

“I hope that the American government will apologize for this brutal act against humanity,” he said.