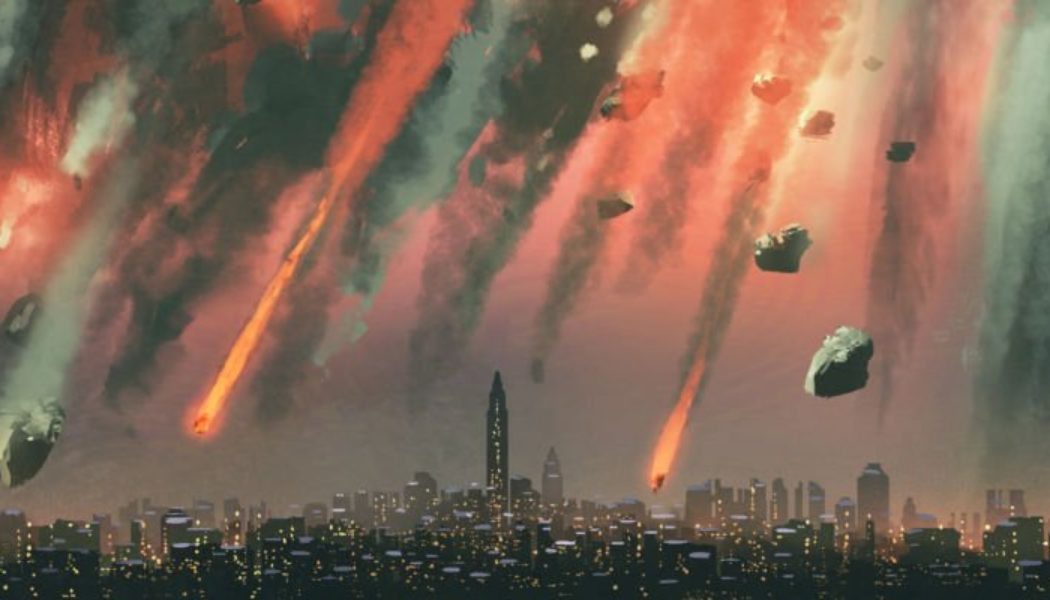 Some Christians think Jesus is saying that at the end of time, before the final tribulation, he’s going to secretly snatch believers up to himself (“one is taken”)—hence the term “rapture”—and leave behind (“one is left”) the wicked to experience the final push of evil wrought by the Antichrist, after which he will come and establish the new heaven and new earth.

This “pre-tribulation” rapture doctrine originated and was developed in the early to mid-1800s by John Nelson Darby, an early leader of a Fundamentalist movement that became known as Dispensationalism. This view has influenced the thinking of not only many Fundamentalist Christians, but also Catholics. Even Catholics don’t want to be left behind.

But, like I said above, this isn’t the right answer. You do want to be “left behind.” You don’t want to “taken.” (This isn’t a Liam Neeson movie!)

Note first that Jesus compares his coming to “the days of Noah.” Well, who was swept away, or taken away, in the Flood? It was the wicked. Noah and his family, the righteous ones, were left behind on earth to experience a new creation. As smelly as it probably was, I assume you would have wanted to be left behind on that ark.

Now, someone might counter, “But couldn’t we interpret Jesus the other way just as easily: the wicked were left behind to be destroyed by the Flood, and Noah and his family were swept away?”

If that wicked servant says to himself, “My master is delayed,” and begins to beat his fellow servants, and eats and drinks with the drunken, the master of that servant will come on a day when he does not expect him and at an hour he does not know, and will punish him, and put him with the hypocrites; there men will weep and gnash their teeth (vv. 48-50).

Here we have a parable about Jesus’ coming. And it’s the wicked who are taken away.

Jesus’s comparison of his coming to the days of Noah immediately precedes this parable, and Jesus says some will be taken away. It doesn’t make sense that Matthew would put these two parables together if Jesus meant to mix the referents of those being taken away: the righteous in one (the coming compared to the days of Noah) and the wicked in the other (his coming compared to the master finding his servant being unfaithful). Given this context, it’s more reasonable to interpret the ones being taken from the field at his coming as a reference to the wicked.

So far, our evidence has been restricted to Matthew’s Gospel. But when we look at Luke’s version of this teaching (Luke 17:26-37), we find that there’s more.

Like Matthew, Luke records the bit about one being taken and another being left behind. The only difference is that where Matthew talks about two in the “field,” Luke speaks of two in “bed” (Luke 17:34).

After Jesus tells the apostles that some will be taken away, Luke records the apostles asking Jesus, “Where, Lord?” Clearly, the question is directed to where the people are taken, since the apostles know where they’re left behind—namely, “in the bed” (v. 34) and “grinding at the mill” (v. 35). And in response to the question, Jesus says, “Where the body is, there the eagles will be gathered” (v. 37).

If the rapturist view were correct, then the place where these individuals are taken would have to be heaven. But Jesus’ response doesn’t quite match up.

The Greek word for “eagles” is aetoi (plural of aetos). It generally refers to a large carrion-eating bird, like an eagle or a vulture. Sometimes it’s used in a sense simply to refer to the bird without any focus on the decaying-flesh-eating activity, as evidenced in Revelation 4:7, where it speaks of one of the four living creatures as an “eagle”—the same Greek word, aetos, is used.

Here in Luke, though, the emphasis seems to be on the flesh-eating aspect of the bird. The New American Bible translation concurs, as it translates aetoi as “vultures.”

Notice that Jesus says, “Where the body is, there will the aetoi gather.” If Jesus were simply referring to the bird as such, then why emphasize the “body”? It appears that what Jesus is saying is that the place where these individuals are taken is a place where decaying flesh is picked by flesh-eating birds.

So, next time you get asked the question, “Do you want to be left behind?” get ready for a look of confusion when you answer, “Yes! How about you?”