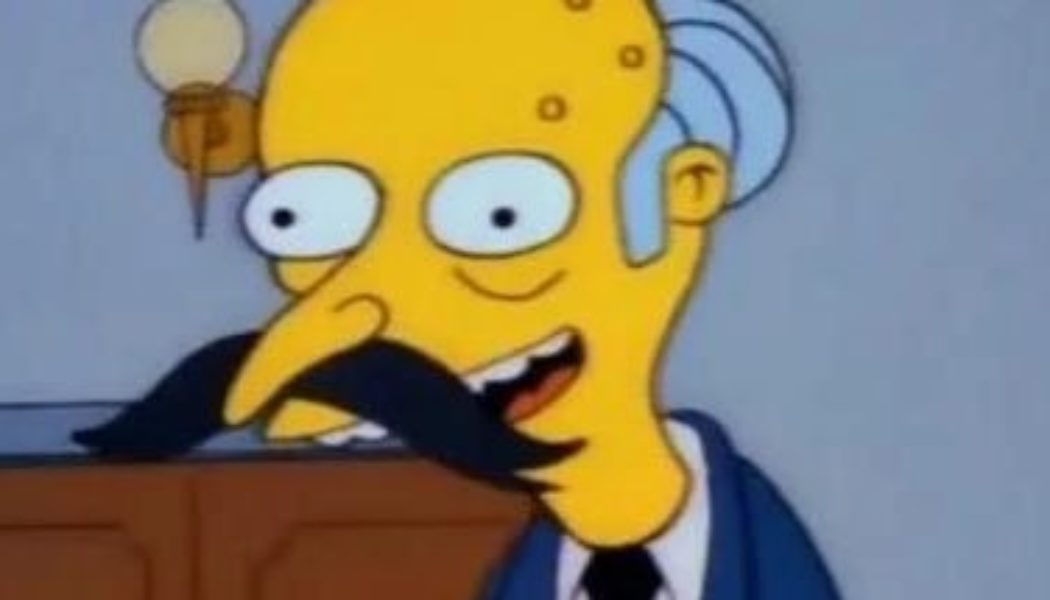 This image from The Simpson’s provided the avatar (or avi) which Goodtweet_man used for his pseudonymous Twitter account.

Goodtweet_man is a Catholic attorney in Kansas who, until recently, had a significant and devoted following on Twitter. There he would crack jokes, post others’ prayer requests, and offer sometimes salty commentary on religion and politics. But on October 27th, the same day that Elon Musk was completing his purchase of Twitter, Goodtweet_man’s account was ‘permanently suspended’ by the company for “violating our rules against abuse and harassment.”

Goodtweet_man had tweeted in reference to the Catholic bishops of Germany, whose ongoing “Synodal Way” drew a warning from the Holy See this July. (The Vatican statement clarified that “the ‘Synodal Way’ in Germany does not have the power to compel the bishops and the faithful to adopt new ways of governance and new approaches to doctrine and morals” and to do so “would represent a wound to ecclesial communion and a threat to the unity of the Church.”) The image below is a screenshot of Goodtweet_man’s suspension notice from Twitter which includes his flagged tweet and the policy Twitter found he had violated:

As word of his suspension spread throughout the Twitterverse, The Pillar editor and cofounder J.D. Flynn and others posted the hashtag #FreeGoodTweetman, and various tributes, satires, and jokes, were shared about the situation. The next day, the ambassador of Hungary to the Holy See and the Sovereign Order of Malta, Eduard Habsburg, tweeted: “This is a reminder that @Goodtweet_man is still suspended. Twitter, you don’t want all of us to lose faith in you, right?” Though the online clamor has since died down, many of Goodtweet_man’s former followers still hope for his account’s reinstatement.

This is his first public interview following the suspension.

What is your perspective on this suspension by Twitter?
While I should very much not have said what I said as it was uncharitable, it is completely silly that this of all things garnered a permanent suspension. I am aware that even people who aren’t particularly fond of me thought the same. It was likely just an algorithm.

Have you appealed your suspension? What are your hopes your account will be restored?
I have appealed the suspension, and I would have to imagine it gets restored if a human being at their offices gets some eyes on it. Of course, that may be the biggest obstacle I face.

What has your life been like unplugged from Twitter?
Well I do have an alt account which I’m slowly introducing. The name isn’t particularly vulgar but I don’t think it particularly would fit an interview from a priest we’ll say. Also, for now, it’s somewhat nice not having to deal with the people I don’t like knowing about my twitter. It’s been nice to have a little bit of a respite in any event.

Are you concerned that this other account might run afoul of Twitter’s ban evasion policy?
No, I made that account a couple years ago and the rules specifically state that only accounts made to evade the ban are subject. My account wasn’t made to evade the ban, therefore it is fine.

Any thoughts on Twitter’s new owner, Elon Musk, and the hot topic of content moderation on the platform?
As for Musk: I’m pretty indifferent overall, and I expect most people will find things aren’t terribly different once the dust settles. There’s advertisers and users to take into account after all.

This entry was posted on November 7, 2022 at 12:16 pm and is filed under Catholic Church, Culture, Internet, Reflection. You can follow any responses to this entry through the RSS 2.0 feed. You can leave a response, or trackback from your own site.