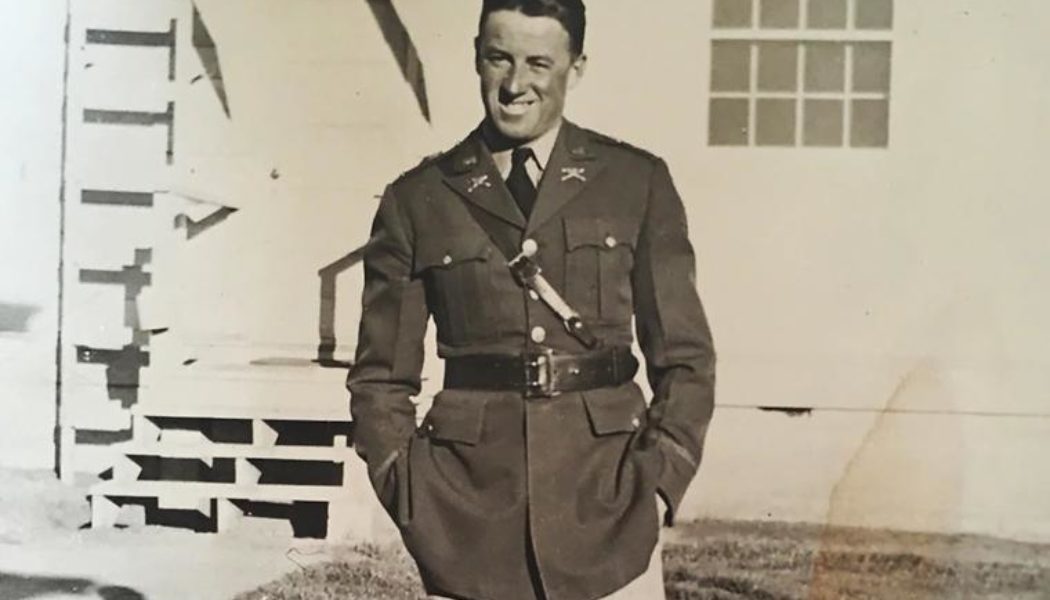 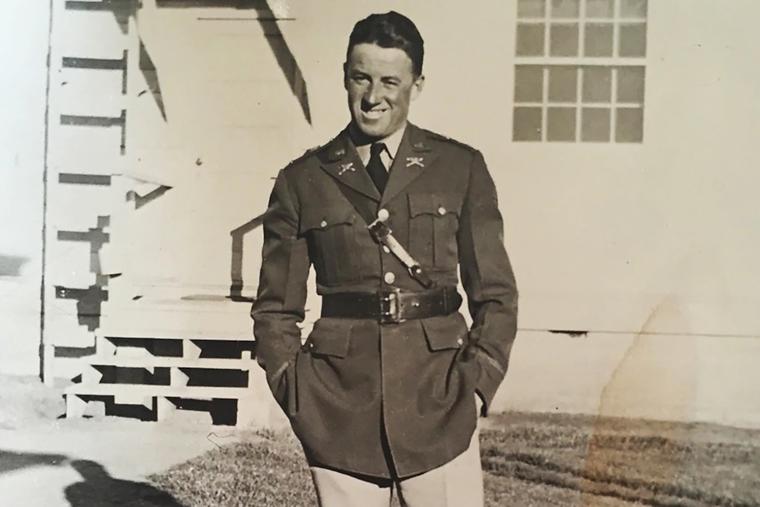 As Catholics in the U.S. marked the Feast of Christ the King 80 years ago, an American soldier gave his life to save his comrades in the South Pacific.

In 1942, as Catholics in the United States marked Christ the King Sunday, a big hero from little Rhode Island died while saving others. His name is Elwood J. Euart. This year makes the 80th anniversary of his death in the early days of World War II.

In 1942, according to the old Roman Missal, it fell on Oct. 25. Everything was going smoothly that day as the SS President Coolidge, a luxury liner built 11 years earlier, was in the Pacific, en route to Espiritu Santo Island in the New Hebrides, a little over 4,000 miles south of Japan. Only this was no vacation cruise. The ship had been converted into an Army transport for men and materials headed to defend the Army and Navy bases and airfield needed on Espiritu Santo. And 28-year-old Elwood — officially Army Capt. Elwood Euart of the 103rd Field Artillery Battalion, 43rd Infantry Division — was one of the 5,340 men aboard. He was the officer in charge of the mess hall.

Elwood surely attended Mass on that Christ the King Sunday. He was well-known to the chaplain.

The following morning — Oct. 26 in the South Pacific, but still Oct. 25, Christ the King Sunday, back home in the United States — apparently proceeded with the same calm as the transport ship sailed within sight of Espiritu Santo. But there was a hitch: The sailing orders neglected to tell the captain the waters approaching the harbor were laced with American mines to protect from the enemy. As frantic signals came from shore to stop, the ship struck one mine, then another. The first killed a worker in the engine room. The second signaled the ship would soon sink.

To save the men, the captain ran the President Coolidge onto a reef to stay afloat as long as possible.

It did so for 90 minutes while the thousands of men were able to abandon ship. But without thinking of himself, Elwood turned back. He remembered there were immobile men in the infirmary. Heading along the passageways, he got a couple of men to help.

“The ship listed to one side, and Capt. Euart had tied a rope about himself and fastened it to a railing so that he could rescue many boys who were unable to climb up the slippery railing and water-filled ship,” the chaplain, Father John Mahoney, would tell Elwood’s parents, according to the Rhode Island Catholic.

It was a harrowing task to save the six men as the ship kept listing more and more and the passageways filled with water. Despite the nearly impossible task, “he did rescue them all,” the chaplain continued.

Only Elwood would not make it out. The citation for his Distinguished Service Cross, the Army’s second-highest military decoration, which was awarded posthumously to him, filled in more details in noting his “extraordinary heroism.”

It read in part:

Captain Euart lost his life after helping to save a number of other men at the time of the sinking of the U.S. Army Transport President Coolidge. Learning of a group of soldiers trapped in the hold, he went to their assistance. By lashing himself to the lower end of a rope he was able to hold it tight enough for men to climb to safety, even though the ship was listing badly. … Captain Euart’s intrepid actions, personal bravery and zealous devotion to duty at the cost of his life, exemplify the highest traditions of the military forces of the United States and reflect great credit upon himself, the 43d Infantry Division, and the United States Army.

Father Mahoney would give more details:

Then just as he had expended all of his strength in saving others and two of his fellow officers were about to pull him to safety, the ship went down. Capt. Euart’s body is still tied to his post. He died doing more than his duty. And his heroic sacrifice has instilled in us all a spirit which will help every man in our combat team to carry on for Capt. Euart and for our beloved country.

The two other men would not abandon Elwood. They refused to get on the last rescue boat and stayed trying to free him and pull him to safety. But at 10:43am local time — which was 7:53pm on the Feast of Christ the King back in his hometown — the ship slid completely off the reef and sank in 200 feet of water to the ocean’s floor. The two men were not pulled down made it back to the surface and survived.

Capt. Elwood Euart remained not only the only one to go down with the ship, but would also remain in the minds and hearts of people from Rhode Island to Espiritu Santo, who hoped this body would be recovered someday. Those hopes were fulfilled more than 70 years later when a professional native diver found human remains in the wreck; dog tags and DNA testing proved he had found the hero of that Monday after the Feast of Christ the King.

On Aug. 31, 2016, Captain Elwood Joseph Euart’s remains came back to Pawtucket, Rhode Island, the town where he grew up. His parents had always hoped one day he would return. By this time both had died. So had his six younger siblings. He had never married, but nephews, nieces and cousins living around the country remained. Several were at his funeral at St. Maria Goretti Church in his hometown and at St. Francis Cemetery where he would be buried next to his parents with military honors. Some relatives spoke with the Rhode Island Catholic.

“He was a person that we idolized and had a great respect for, and that’s why one of the prayers of the faithful was that he would become for us a model of courage and compassion and inspire us and the children of my brothers and sisters and my cousins,” Sister of Mercy Sharon Euart told the paper. Another cousin also a religious, Sister Lucia Treanor, wrote a biography of him, Elwood: The Story of a Catholic World War II Hero.

Nephew John Euart and his wife Susan also offered insights. Susan told the paper, “While there is certain sadness at times for us because our parents were never able to experience this, we’re living it through them and yet it is such a celebration of life and family and trust in God. And Uncle Elwood, he had such deep faith.”

Elwood’s sacrifice all comes down to that. Father Robert Marciano, a former chief of chaplains for the U.S. Air Force, celebrated the Mass, during which he reflected on Elwood’s actions in his homily:

It came from the depth of his faith, a Catholic faith that he cherished and nourished and loved, attending Mass every day on that ship, worshipping a God whose only Son mounted the finest pulpit of all time — that cross of Calvary — and bowed his head in death so that he could destroy death forever.

How many times had Capt. Euart, from his youngest days, gazed upon a crucifix in his brief life and thought of that? And that as he lowered himself down, tethered to a rope that day, deep into a sinking ship to save others, how Our Blessed Lord must have smiled to see that so many centuries later, brave souls had heard his message and were ready to follow him so that others might live.

That October day, the day after Elwood attended Mass on the great feast day, he must have been overjoyed to be welcomed by Our Lord Jesus Christ, King of the Universe.