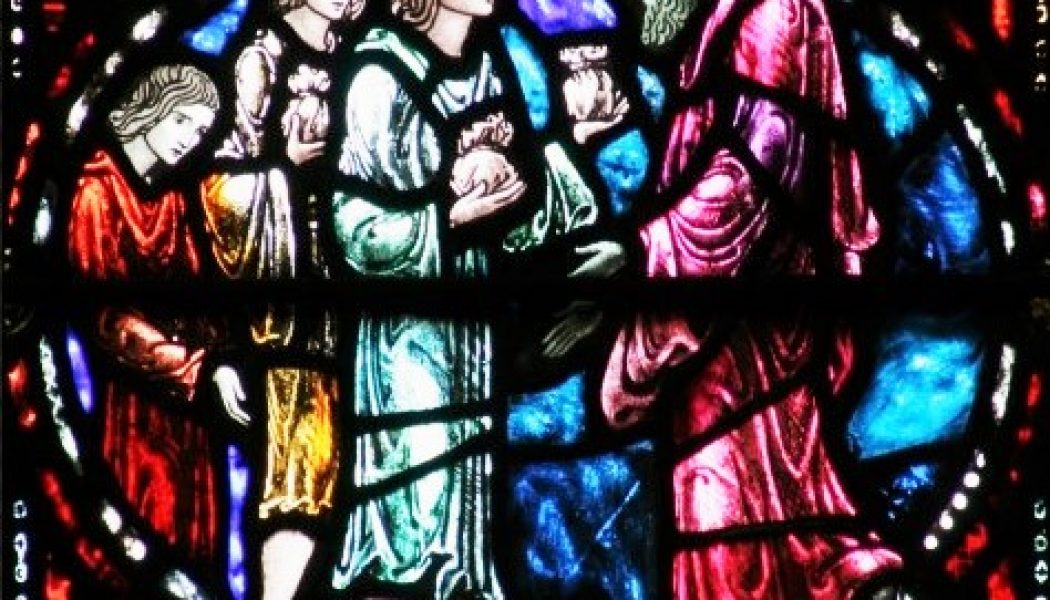 The past few Sundays have featured the November theme of the Four Last Things: Death, Judgment, Heaven, and Hell. In today’s Gospel we are reminded that we will one day have to account for our use of the gifts and resources that God has given us.

But today’s readings do more than that; they also set forth a virtue that helps us to use God’s gifts well. That virtue is the fear of the Lord. It is a foundational disposition of the wise, but not the foolish. Scripture says, The fear of the Lord is the beginning of wisdom (Prov 9:10).

In today’s first reading contains this nugget: Charm is deceitful, beauty is fleeting, but the woman who fears the Lord is to be praised (Prov 31:30). Today’s Psalm says, Blessed are you who fear the Lord (Psalm 128:1).

“Fear” of the Lord can be understood in two ways: perfect fear and imperfect fear. Both are important. Imperfect fear (which most of us begin with and still need from time to time) is the fear of punishment and the loss of Heaven. Jesus often appeals to this sort of fear in His preaching; He vividly warns of the punishments that come to impenitent sinners, both here in this world and ultimately in Hell. While imperfect, this kind of fear is necessary—especially for the spiritually immature (and all of us have our areas of immaturity). It is somewhat like a young child who needs punishment and/or the threat thereof in order to learn discipline and the consequences of bad behavior. As the child matures, we can begin to appeal to his reason and his love for others in order to encourage good behavior. Good preaching and teaching should not wholly neglect the appeal to imperfect fear because congregations have people at many different stages. Jesus did not neglect this kind of appeal and neither should we.

However, just as we hope to be able to appeal to higher motives as our children mature, so as we grow in the spiritual life do we hope to move toward a more perfect “fear” of the Lord. This more mature fear is not a cringing, servile one. Rather, fearing the Lord is holding Him in awe, revering Him, having a deep love and appreciation for Him as the source of all that we are and all that we have. Because we love God and He is Abba to us, we fear offending Him by sin, or severing our relationship with Him by refusing His grace. Out of love, reverence, and a sense of awe, we fear giving any offense to Him, who is Holy, God, and deserving of all our love.

With this background, we can look to a deeper teaching in today’s Gospel. On one level, the teaching is clear: We will all have to account for our use of the talents and resources God has given us. On a deeper level, we are taught of the importance of attaining to a mature fear of the Lord as the essential way of bearing the fruit that will be sought. There is a danger in remaining only in imperfect fear (which has its place and time in our life) because we risk developing resentment and avoidance if we refuse to grow toward a more perfect fear.

Let’s look at it with this perspective in mind and discover the differences of each kind of fear.

Three men are given resources to use. Two succeed; one fails. Why? Ultimately it is the difference between holy fear, love, and confidence on the one hand, and unholy fear and resentment on the other.

Consider the plan of the first two men (the ones who succeed):

The two successful servants see the owner of the riches as a man with whom they can deal. They have a healthy respect for him but not an immature fear. They receive the funds gladly and with gratitude go to work, motivated and enthusiastic about the opportunity they have been given.

Allow the posture of these two servants to be a portrait of a holy and more perfect fear of the Lord. With this sort of holy fear, we love God and are enthusiastic to work for Him, realizing that He shares His blessings and is both reasonable and generous. Confident of His mercy (though not presuming it), we go to work in His vineyard. Although there are risks and temptations in the vineyard, if we do fail or fall, we do not make light of our sin but rather repent of it and are confident of God’s mercy. A mature fear of the Lord does not box us in or paralyze us. It does remind of our boundaries and keeps us away from truly dangerous things that erode our talents, but because we love God we respect His boundaries joyfully, knowing that He protects us from “unsafe investments.” Within the designated boundaries, there is both room to maneuver and safety from the thickets of sin. Mature fear of the Lord is joyful and encouraging, not cringing or hiding from Him. Choose the fear of the Lord.

The servant who fails follows a different plan, one by which he

The failed servant gives way to anger and resentment; he indulges his immature fears that the owner is out to get him, that the deck is stacked against him. He is not grateful for the opportunity he was given. Notice that these thoughts lead to his actions; but are his thoughts true and unassailable? It is clear that the other two men do not see the master in this way. We see through the reaction of the master to the behavior of the first two servants that he is in fact reasonable, decent, just, and joyful. The failed servant’s thoughts were not accurate. Rather than believing everything he thinks, the failed servant should test those thoughts against reality.

To fear the Lord more perfectly is to hold him awe, to rejoice in His power and wisdom, to accept His authority as saving and helpful. In this way we yield an abundant harvest with His gifts.

Now look, if imperfect fear is all you have, go with it! Sadly, many people today in this secular culture conduct their lives as though they will never have to account for it; they go on sinning, scoffing at the idea that they should have any fear of a judgment day. They are going to be surprised and unprepared for what they will face.

So, even if you have an imperfect fear of the Lord, rooted in punishment, don’t cast it away! To grow, though, seek a more perfect fear, rooted in love and awe of God’s majesty and goodness. If we remain in an imperfect fear that does not seek to grow in love, we risk falling into resentment and aversion and will not bear the fruits that the Lord seeks for us. This call for growth is what the Lord means here:

There is no fear in love, but perfect love casts out fear. For fear has to do with punishment, and he who fears is not perfected in love (1 Jn 4:18).

The fear counseled against here is not the perfect and mature fear of the Lord referred to elsewhere in Scripture. Rather it is the immature fear, rooted merely in the fear of punishment. We are counseled to grow out of this imperfect fear through deepening love of God.

The deeper teaching here is this: grow in love; mature in your fear of the Lord and reap the abundant riches of a faithful servant and child of God.