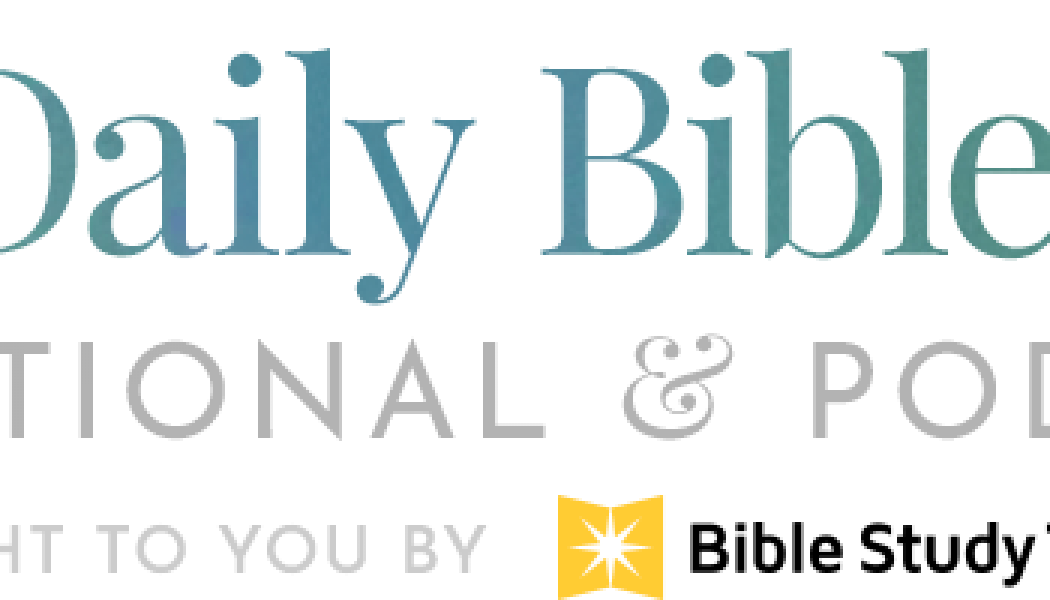 BIBLE VERSE OF THE DAY: In hope he believed against hope, that he should become the father of many nations, as he had been told, “So shall your offspring be.” He did not weaken in faith when he considered his own body, which was as good as dead (since he was about a hundred years old), or when he considered the barrenness of Sarah’s womb. No unbelief made him waver concerning the promise of God, but he grew strong in his faith as he gave glory to God, fully convinced that God was able to do what he had promised. – Romans 4:18–21

Growing Strong in Your Faith
By Mark Altrogge

In Romans 4, Paul tells us Abraham “grew strong in his faith” and urges us to walk in Abraham’s footsteps. To believe like he believed. How do we do this?

Look to God’s promise, not your circumstances.

In hope he believed against hope, that he should become the father of many nations (Romans 4:18).

Abraham’s situation looked bleak. God promised him multitudes of descendants, but the only problem was he was well past child producing. “He considered his own body, which was as good as dead (since he was about a hundred years old).” He also considered the barrenness of Sarah’s womb. Not only was Abraham almost 100 years old, but Sarah his wife was very old, and she had never been able to have children her whole life. How are they going to have children? If Abraham had based his hope on his circumstances he would have given up. But in hope he believed against hope—God’s promise gave him hope in his hopeless situation. He put his hope in God’s promise, not his circumstances.

We may feel hopelessly unrighteous. We may feel like God could never forgive us for the sins we have committed, that he would never accept us. But we must not look at ourselves, just like Abraham didn’t look at himself, but like Abraham, we must believe God’s promise of grace. He counts me righteous in Christ! 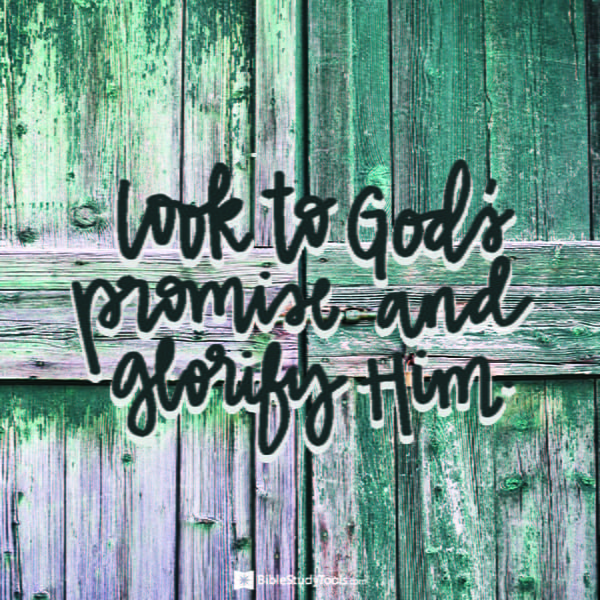 Our teenager may seem hopelessly lost. Our finances may be out of control. We may lack direction for our lives. Our marriage might be frustrating or our church might be a mess. Look to Jesus Christ! Don’t look to yourself. Look to the promise of the gospel—everyone who believes in him shall be saved. Look to his promises to draw near to those who draw near to him. Promises to hear and answer our prayers.

Give glory to God

No unbelief made him waver concerning the promise of God, but he grew strong in his faith as he gave glory to God, fully convinced that God was able to do what he had promised. (Romans 4:20-21)

We can look to our circumstances—it may not LOOK like God is being faithful. It may not FEEL like God is with us in these waters. It may FEEL like he has abandoned or forsaken us. We may not SENSE his love. But WE MUST NOT WAVER CONCERNING THE PROMISE OF GOD! Rather, we grow strong in our faith as we GIVE GLORY TO GOD, as we are fully convinced that God is able to do what he had promised.

In Ps 43 the Psalmist says “Why are you cast down O my soul? Hope in God for I shall yet praise him.” Keep thanking God, keep praising him in faith in the midst of your hard times. Say, “Jesus thank you that you are with me. Thank you have promised that your steadfast love never ceases. Praise you that your mercies never come to an end; they are new every morning. Great is your faithfulness.”

Growing stronger in our faith is not complicated. Look to God’s promise and glorify him. So, what are you going to believe today—God’s word or your circumstances? God’s promises or your feelings? God’s bedrock pledge of faithfulness or your wavering emotions? Walk in the footsteps of Abraham and strengthen your faith.

Editor’s Note: This is an adapted version of How to Grow Strong in Your Faith by Mark Altrogge. To read the full article, follow this link.

Being a teen boy might be challenging at times, but receiving a great gift might help. Colour light benefits. , home office concept and setup (in berlin).