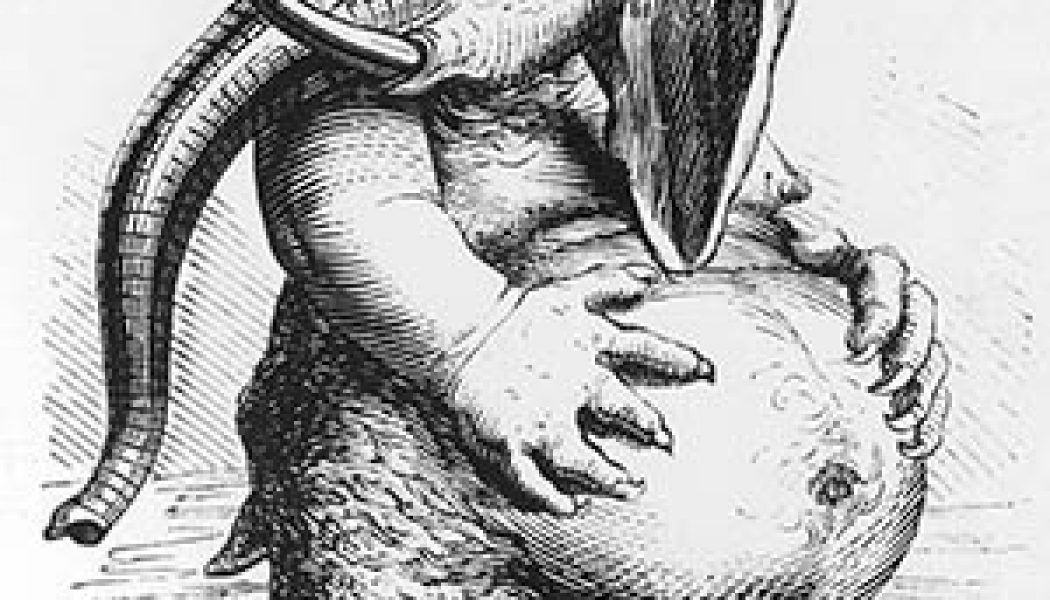 Jacques Collin de Plancy was an atheist who wrote a peculiar book about demons — but in 1830, he became Catholic, convinced by the reality of evil and the need to counter it.

Such is the lure of esoteric matters It has always been my contention that joining the words “code” and “devil” in a headline would draw an audience.

Imagine my surprise upon discovering just such a “code”.

The Dictionnaire Infernal is a book about demonology. It describes individual demons and the hierarchies in which they are organized. First published in Paris in 1818, it was compiled by Jacques Auguste Simon Collin de Plancy. There have been several editions of the book. The English translation is from perhaps the most famous edition, dating from 1863. In that volume there is depicted 69 illustrations by Louis Le Breton of the appearances of the demons there listed.

As it turns out, to begin with at least, the original 1818 edition was not the work of a Satanist. Far from it. De Plancy was a confirmed atheist, a rationalist influenced by the skepticism of Voltaire who considered all belief in the supernatural absurd. This was a book that was to display the superstitions of the past: it noted and cataloged them, only so as to forget them as relics of a former superstitious age before “reason” had prevailed.

The catalogued entries are curious to say the least. There are 65 demons named in the book, their origins and places in the demonic hierarchy detailed. The first so catalogued is the demon Adrammelech. Briefly mentioned in the Book of Kings, his origins are in Ancient Babylon where he is identified with the twin cities of Sippar Yahrurum and Sippar Amnanum on the banks of the Euphrates. His name translates as “magnificent king.” Yet, according to the Dictionnaire Infernal, Adrammelech is the President of the Senate of the Demons, Chancellor of Hell and Supervisor of Satan’s wardrobe. He is depicted in the book’s illustrations as having a human torso, a mule’s head, a peacock’s tail, and the limbs of a mule.

And so on, entry after entry, demon after demon, their origins and powers all listed meticulously, incredibly. To open the pages of Dictionnaire Infernal is to travel through to a twilight world of those — real or imagined — who are bent upon our eternal damnation. It is the inverse of Alban Butler’s magnum opus Lives of the Saints published 60 years prior to de Plancy’s 1818 work. Whereas Butler and other chroniclers of lives of the holy are inspired and enriched by those of whom they write, this was not the case for de Plancy. His secular dismissal of what he wrote about quickly rebounded, however. By all accounts, as he progressed in his labors, he became increasingly drawn into the invisible world set out in the pages of his work.

De Plancy’s aim in compiling the dictionary was to catalogue what he described as the “aberrations and germs or causes of errors.” As noted, he may have started out as a convinced rationalist but, as he labored over this work and its subsequent editions, he found himself ever more lured by the demonology he chronicled.

Then in 1830, some 12 years after the first publication of his work, de Plancy became a Catholic. It appears de Plancy went from being someone previously demon-obsessed to one convinced by the reality of evil and the need to counter it. By all accounts, he became a devotee of Our Lady. As a result, by 1863, the purpose of that year’s particular edition of Dictionnaire Infernal was changed radically.

The 1863 edition became an all too serious warning about the powers and principalities that surround us, and whose aim is the ruin of souls. By that final edition, the book’s publishers could assure readers that the “errors” previously highlighted had now been eliminated, and that this latest catalogue of the demonic was fully in line with Catholic theology. The 1863 preface authoritatively states that de Plancy had “reconfigured his labors, recognizing that superstitious, foolish beliefs, occult sects and practices … have come only from deserters of the Faith.”

Needless to say, the world of the occult is a not something anyone should dabble in. It is also dangerous to believe devilish lies that no devil or demons exist and that hell is a fiction with which to frighten sensitive children. The author of the 1818 Dictionnaire Infernal would appear to have known, perhaps all too well, the names and realities of the dark forces loosed upon this earth, or, at least, thought he did. By 1863, however, that same author also knew enough to seek refuge with the one who leads the battle against these infernal beings, forever crushing their heads.

In the case of de Plancy, the devil’s ploy backfired. One can only hope that those who read Dictionnaire Infernal and look upon its illustrations shall be rendered similarly allergic to the devils depicted therein.