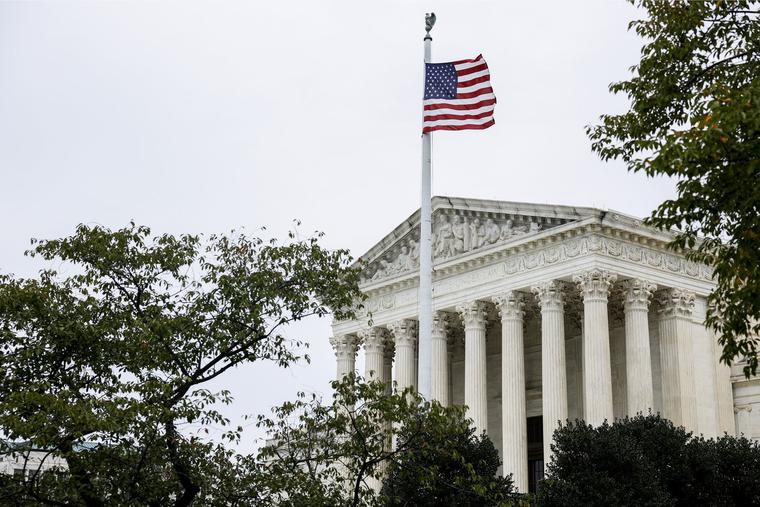 The Supreme Court’s new term is underway, and the justices’ fidelity to the Constitution and the laws of the United States will be tested once more as they consider cases involving free speech, affirmative action in higher education, voting rights, tribal sovereignty and election law as well as limits on Big Tech. These are all sensitive topics, so here is a snapshot of some of the key cases that will be decided by next summer:

Lorie Smith, a Christian web designer in Colorado, wants to expand her business to include developing wedding websites. Smith views marriage as between a man and a woman and believes that designing websites for same-sex weddings would violate her religious principles.

In summer 2021, a federal court of appeals ruled that in order to comply with Colorado’s anti-discrimination laws that require businesses not to discriminate based on sexual orientation, Smith must not only produce wedding websites for same-sex couples but was also barred from including a disclaimer about her traditional Christian values regarding marriage on her website.

Smith’s case is similar to Masterpiece Cakeshop v. Colorado Civil Rights Commission, a 2018 case involving Jack Phillips, a Colorado baker who refused to make a custom wedding cake for a same-sex couple based on his religious beliefs. The Court narrowly ruled in Phillips’ favor, focusing on the hostility shown by the Colorado Civil Rights Commission towards Phillips’ religious beliefs. It did not reach the question of whether the state’s anti-discrimination laws violate the First Amendment right to freedom of speech. (The Court will not address the different question of whether Smith’s religious-freedom rights were violated.)

The U.S. Conference of Catholic Bishops supported Smith by filing an amicus brief with the Court. CatholicVote.org, the Thomas More Society, the Catholic League for Religious and Civil Rights and the Becket Fund for Religious Liberty similarly support her cause. The American Civil Liberties Union, formerly a staunch defender of free speech, and New Ways Ministry filed briefs in opposition.

The Court has not yet scheduled oral argument in the case.

Affirmative-action programs at Harvard and the University of North Carolina (UNC) are also facing scrutiny — and not for what you may think. The challengers in the case against Harvard are a group of Asian American students who claim the school violated Title VI of the Civil Rights Act of 1964, which bans racial discrimination in institutions that receive federal funding. Harvard claims it does not discriminate against Asian American applicants, that the plaintiffs are citing misleading statistics, and that race-conscious admission policies are legal.

Students in the case against UNC argue that the school’s consideration of race in admissions not only violates Title VI, but also violates the Equal Protection Clause of the 14th Amendment, which extends to public universities. White and Asian applicants, they assert, are discriminated against by the university’s policy of awarding “racial preferences” to Black, Hispanic and Native American students. UNC responds that its policies are lawful and are intended to build a “holistic” student body.

While the Court has previously ruled that race may be one of many factors considered in college admissions, now it will consider whether to overturn those decisions.

Georgetown University filed an amicus brief with 56 Catholic colleges and universities, including the University of Notre Dame, the College of the Holy Cross, DePaul University and Villanova University, urging the Court to uphold affirmative action in admissions in the cases.

The Court will hear separate oral arguments for the cases Oct. 31, since the newest member, Justice Ketanji Brown Jackson, recused herself from the Harvard case, as she just recently served on the university’s board of trustees.

The Court is also taking a look at the Voting Rights Act of 1965 in a case involving claims that Alabama engaged in racial gerrymandering to limit the influence of African American voters by drawing voting maps in a manner that is alleged to dilute the electoral power of racial minorities. But the map didn’t depart much from what it had been for decades, and for the challenge to succeed, the Court would practically have to require drawing district lines based on race.

Oral argument was heard days ago.

Texas and a group of white adoptive parents are challenging the 1978 Indian Child Welfare Act (ICWA), which mandates that, where at all possible, Native American children are to be adopted or fostered in homes with either extended family or other Native families. The law’s challengers have asked the Supreme Court to declare the ICWA unconstitutional, arguing it violates the Constitution by discriminating on the basis of race and prevents children from being placed in the best homes.

The defendants, including Secretary of the Interior Deb Haaland, respond that ICWA’s prioritization of Native American families is not a race-based categorization, but instead a political classification. The Court’s decision in this case could have implications beyond ICWA. Many laws encompassing tribal matters are based on tribal status, and if that status is deemed a “racial” and not a “political” classification, such laws could be challenged for being racially discriminatory.

Oral argument is set for Nov. 9.

North Carolina’s Supreme Court struck down, on strict partisan lines, a congressional redistricting plan, calling it “partisan gerrymandering.” It then employed a questionable interpretation of vague provisions of the state constitution to hold that that was barred by the state constitution.

Republican leaders of the state Legislature challenged the state court decision, arguing that it violates Article I of the U.S. Constitution, the Elections Clause, which states that “the times, places, and manner” of congressional elections “shall be prescribed in each state by the [state] legislature.”

Oral argument has not yet been scheduled.

And, finally, the Court recently announced that it will take up two cases involving Section 230 of the Communications Decency Act, a law that generally shields internet platforms from liability for content published by others. Congress passed the law in 1996 after a New York court held an internet service provider liable for a defamatory statement posted on the website’s message board.

In the case involving Google, the Court will consider whether Section 230 protects internet platforms when their algorithms target users and recommend someone else’s content. It has been filed under the Antiterrorism Act by the family of an American woman killed in a Paris bistro in an ISIS attack in 2015. The family argues that Google (which owns YouTube) aided ISIS’ recruitment through YouTube videos — specifically, recommending ISIS videos to users through its algorithms. A lower court of appeals ruled against the family, holding that Section 230 protects such recommendations, at least if the provider’s algorithm treated content on its website similarly.

In addition, Twitter is asking the Court to review a lawsuit filed against it by the family of a Jordanian citizen killed in an ISIS attack on a nightclub in Istanbul. In the same opinion as its ruling in the case involving Google, a lower court held that Twitter, Facebook and Google could be held liable, regardless of Section 230, for aiding and abetting international terrorism by allowing ISIS to use their platforms.

Oral argument has not yet been scheduled.

So there we have it: an incredible smorgasbord of legal disputes that touch on almost every hot-button issue that is dividing Americans from one another in our culture wars. There must be times when the justices of the Supreme Court wish their jobs were a little more boring.