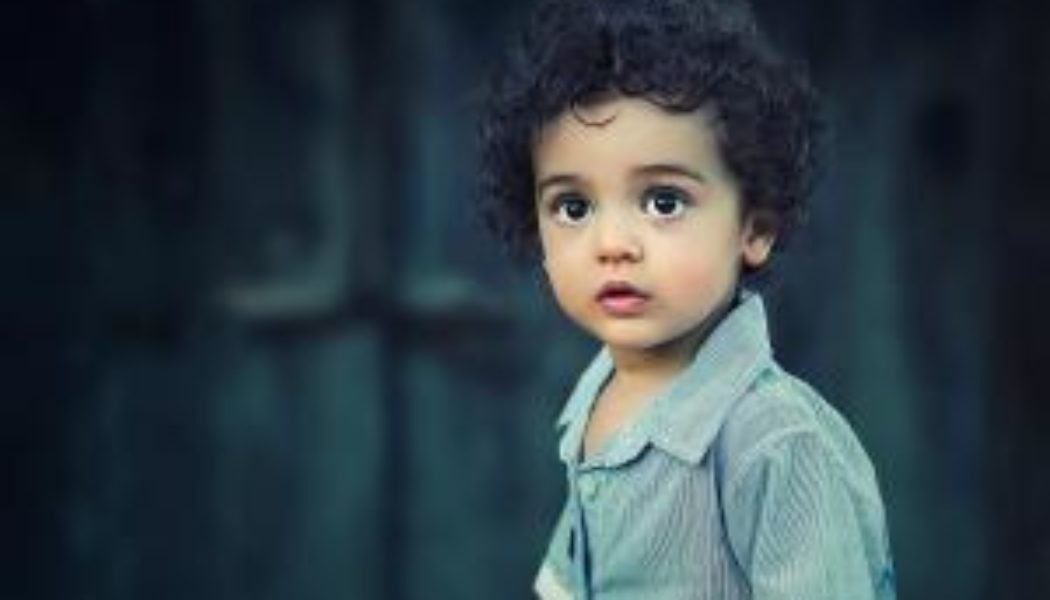 The innocent child instinctively and implicitly knows what is good or bad, beautiful or ugly. Like the innocent child denouncing the emperor’s “new clothes,” he recognizes the drag queen as ugly and sinister as a wicked witch in a fairy tale. The child does not bend to the politically- correct opinions and says what he thinks.

Suddenly, a new figure has appeared on the scene, invading public places, libraries and schools. His appearance is shocking and lewd. He is the drag queen who demands the right to read stories and have access to toddlers and children.

There is no explanation why he must read his stories about sexual fluidity to little children. Nothing like this has ever been done. He does it because he can do it—a decadent society lets him do it. The media actively promotes these indoctrination sessions as manifestations of “tolerance” and diversity.

The drag queen makes no secret of his links to the LGBTQ+ movement, and he serves as its unofficial spokesman to the children. He is not reading fairy tales but telling toddlers that men can be women and that same-sex marriages are good under the label of “family-friendly” entertainment. Schools, libraries, or other public places become platforms for his anti-Christian morality message.

Thus, parents have every right to reject this shameless advocacy that will corrupt their children and present sinful relationships in a favorable light. Indeed, one drag queen in Lafayette, Louisiana, admitted at a town hearing that the purpose of his performance is “be the grooming of the next generation.”

While not every child will attend these events, the children who do will spread their confusing messages to those who don’t. The eventual goal is the mainstreaming of drag queens. Reportedly, Michigan’s lesbian Democratic attorney general, Dana Nessel, mockingly called for “a drag queen in every school.” Taco Bell is holding drag queen events in its restaurants.

The Target is Childhood Innocence

These reasons are enough to demand the closing down of these morally-toxic shows. Children must be protected from exposure to lewd men in dresses with sinful messages. And parents, informed by the Church, not the media, are the ones to judge the moral dangers of these shows.

However, the program’s target is not only to expose children to immoral ideas. Children have something special that terrifies the drag queen. And for this reason, he targets children and seeks to rid them of their special quality.

That quality is childhood innocence.

Innocence Is Seeing Everything With a Spirit of Harmony

Innocence is the child’s ability to see everything in a spirit of harmony that God puts into the soul. It allows the child to be open to all forms of rectitude, marvelousness, purity, and beauty found in the nature of things. For example, the child, a young boy, develops a notion of how things should be. He imagines the ideal models of things.

This perception facilitates a relationship with God as the author of the harmony and marvels that the child sees, imagines and loves. It encourages the practice of virtue and creates a desire for heaven.

Everyone has witnessed this childhood innocence. The child exhibits this marveling spirit with great exuberance toward the good, true and beautiful and a rejection of the contrary. During early childhood, the boy develops his first certainties. He will be full of admiration, trust and hope that comes from the joy of new life. All these things develop inside this wonderworld of childhood innocence.

The Need for Protection

However, this splendid gift must be protected against evil, sin and deception. With an underdeveloped intelligence, the young boy lacks the understanding of these elements that invade his marvelous world. As he grows older, he will develop new criteria and find ways of combatting evil without breaking his internal harmony. Indeed, innocence is not only for children but a harmony that must mature throughout a person’s life.

For this reason, children have always been protected against those things contrary to innocence. Parents are especially vigilant against the extreme intemperance caused by sins of impurity that shatter this internal harmony. Exposing a young boy to such evils breaks his innocence and sends him on the road to cynicism, distrust, and sin. Alas, many problems with youngsters today can be traced to this slaughter of innocence.

Drag Queen Story Hours must be seen in this context. This is not entertainment but a highly sexualized and cowardly assault on childhood innocence. It presents a garish, vulgar, sinister world that idolizes sinful situations that clash with the innocent child’s marvelous and pure world. The result is confusion, contradiction, and chaos in the child’s mind, which he spreads to those around him.

How the Child Terrifies the Drag Queen

This same innocent child terrifies the drag queen as he does all who are given to the disordered passions and sin. There are three reasons for this fear.

He then desires to eliminate this rebuke by inviting the innocent child to be part of his warped world.

Secondly, this indictment carries with it a rejection. The innocent child instinctively and implicitly knows what is good or bad, beautiful or ugly. Like the innocent child denouncing the emperor’s “new clothes,” he recognizes the drag queen as ugly and sinister as a wicked witch in a fairy tale. The child does not bend to the politically- correct opinions and says what he thinks.

By exposing the innocent child to his message earlier, the drag queen hopes to mitigate the “damage” caused by innocence. It will indeed quicken society’s descent into decadence and facilitate his acceptance. However, as long as there is a threat of a young child crying out that the emperor is naked, the drag queen is vulnerable.

The drag queen works under the illusion that early exposure will groom a generation of acceptance that will, in turn, generate a similar one. However, he implicitly knows that nature works against him. The innocent child will always initially desire purity and God.

Thus, the drag queen disproportionally insists on the story hours. He is an anti-missionary. His anti-Gospel calls for the abolition of all moral restraint, freedom for every license and sin. He targets the most vulnerable. He will not tolerate opposition.

Those who accept Drag Queen Story Hours see attending these events with their children as a signal to fellow liberals that they are “tolerant” of the most radical trends of the day. Members of the liberal establishment, like Rep. Nancy Pelosi, embrace the drag queen as a revolutionary symbol of free speech. Innocent children are thus double victims.

However, for Christians and parents, this fight involves the eternal salvation of children’s souls. For this reason, Drag Queen Story Hours have generated a firestorm across America with hundreds of protests. So many rightly oppose this attack upon that God-given childhood innocence that prepares the soul to live a virtuous life and to desire heaven.

So much is at stake in this battle. The child that survives abortion must now be subject to such indoctrination. The ghastly shows must stop. They are corrupting innocent children. It is of these that Our Lord Jesus Christ said, “But he that shall scandalize one of these little ones that believe in me, it were better for him that a millstone should be hanged about his neck, and that he should be drowned in the depth of the sea” (Matt. 18:6). Such is the damage to little souls.