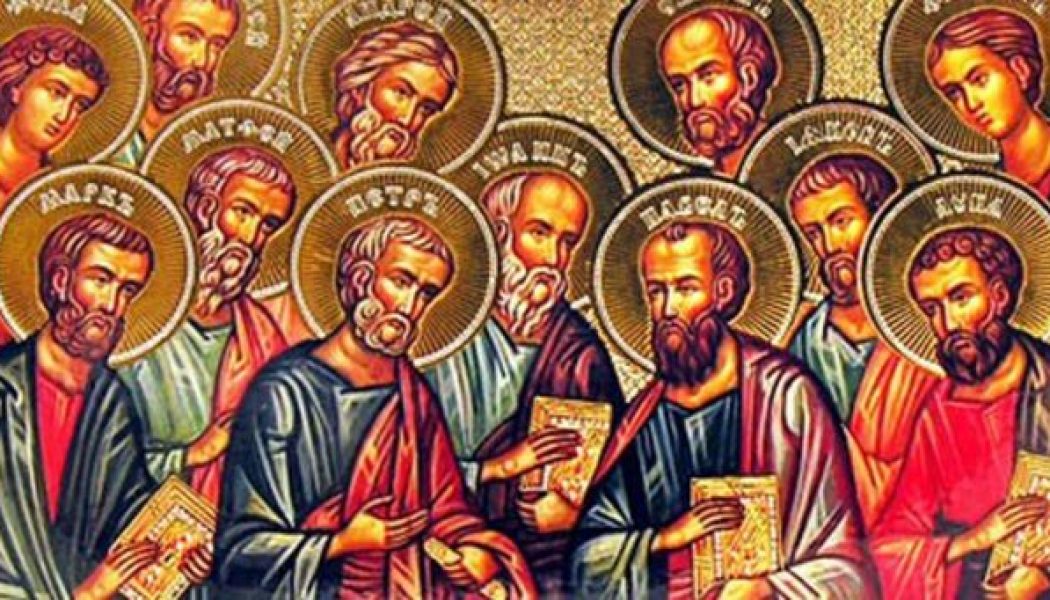 If asked “How do you know that Jesus Christ rose from the dead?” most would answer, “Because it says so in the Bible.” While this is true, there is a much better answer: “We know that Jesus is risen from the dead because the Apostles said so.” They were eyewitnesses. Jesus Himself attested to this when He said,

Thus it is written: The Christ will suffer and rise from the dead on the third day, and in His name repentance and forgiveness of sins will be proclaimed to all nations, beginning in Jerusalem. You are witnesses of these things (Luke 24:46-48).

And we read in Acts:

But you will receive power when the Holy Spirit comes upon you, and you will be My witnesses in Jerusalem, and in all Judea and Samaria, and to the ends of the earth. (Acts 1:8).

The Apostles also said of themselves,

We are witnesses of these things, and so is the Holy Spirit, whom God has given to those who obey Him (Acts 5:32).

And again, from Acts,

God raised Him up on the third day and caused Him to be seen—not by all the people, but by the witnesses God had chosen beforehand, by us who ate and drank with Him after He rose from the dead. He commanded us to preach to the people and to testify that He is the One appointed by God to judge the living and the dead … (Acts 10:40-42).

So, it is the eyewitness testimony of the Apostles on which our faith in the Resurrection of Jesus Christ is founded. Surely, too, the Holy Spirit assists us who have Faith to assent and cling to this truth.

Some may ask, “How can we know that what the Apostles, and later wrote, is true? What if they made the whole thing up or were delusional? What if, by Resurrection, they merely meant that Jesus lived on in their hearts and in their memory?”

The best reply to such questions was given by St. John Chrysostom and was read by clergy and religious recently in the Breviary:

How could twelve uneducated men, who lived on lakes and rivers and wastelands, get the idea for such an immense enterprise [of spreading the Gospel worldwide]? How could men who perhaps had never been in a city or a public square think of setting out to do battle with the whole world? That they were fearful, timid men, the evangelist makes clear; he did not reject the fact or try to hide their weaknesses. Indeed, he turned these into a proof of the truth. What did he say of them? That when Christ was arrested, they fled, despite all the miracles they had seen, while he who was leader of the others denied him!

How then account for the fact that these men, who in Christ’s lifetime could not stand up to the attacks by the Jews, now set forth to do battle with the whole world if Christ was dead – if, as you claim, Christ did not rise and speak to them and rouse their courage? Did they perhaps say to themselves: “What is this? He could not save himself but now he will protect us? He did not help himself when he was alive, but now that he is dead he will extend a helping hand to us? In his lifetime he brought no nation under his banner, but by uttering his name we will win over the whole world?” Would it not be wholly irrational even to think such thoughts, much less to act upon them?

Indeed, and not only did they risk so much, they suffered so much! Every one of them except perhaps John died as a martyr. I highly doubt that they would done this for a lie they had concocted or for some vague notion that Jesus lived on in some way in their hearts. Clearly, they were so convicted and moved by the Resurrection that their lives were profoundly changed. In modern slang, “It really rocked their world!” St. Paul, too, saw Christ not only risen but ascended and at the Father’s right hand. He was never the same and devoted his life to the relentless proclamation of the Gospel in spite of beatings, stoning, imprisonments, shipwrecks, and finally martyrdom. Who would do such a thing for a made-up story or a vague hope? The evidence is clear from the response of their lives that the Resurrection was something both real and profoundly animating. They could not help but speak of what they saw and heard:

As for the charge of delusion, it may be possible for one man to be delusional, maybe even two, but twelve men collectively having the same delusion? To believe this would take more faith than simply to believe they were telling the truth. Recall that Thomas at first disbelieved the other Apostles, perhaps thinking them to be lying or even crazy. But then he, too, saw the Risen Lord and was forever changed. He traveled to far off-India to preach Christ and ultimately died for the truth he proclaimed.

It was not a lie nor a fanciful hope nor a delusion—only the actual occurrence of the Resurrection can adequately explain the heroics and tenacity of the Apostles in going forth to proclaim the truth. The Apostles are trustworthy eyewitnesses. Christ is risen indeed!