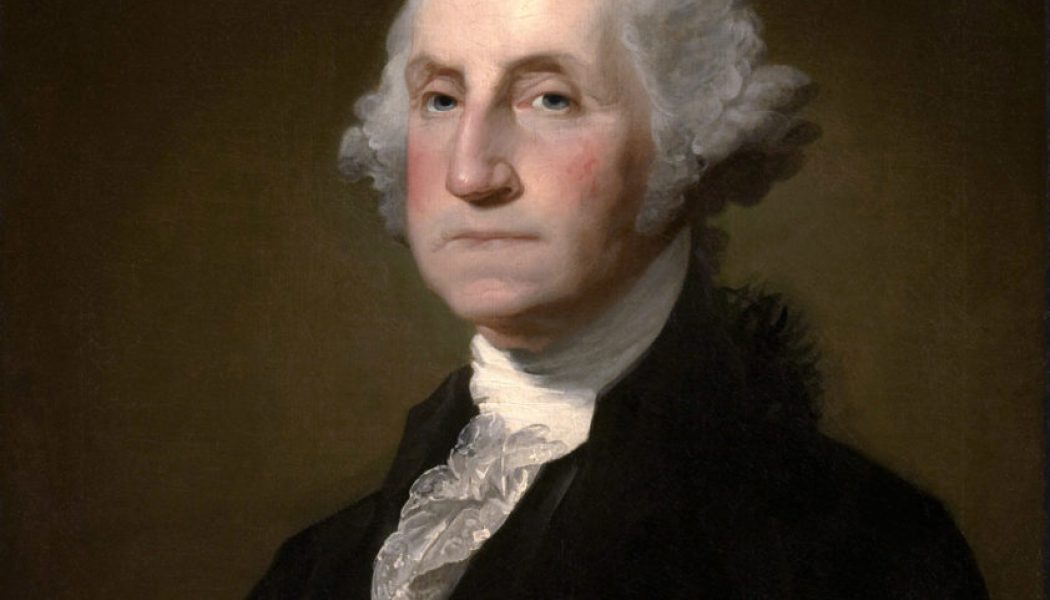 The coronavirus needs no introduction. For months, the disease has stalked the globe, slaying tens of thousands, infecting millions, and erasing trillions in lost economic activity. Artists’ renderings of the critter as a blue sphere sprouting red frilly excrescences have hung on our small screens like so many imaginings of the Death Star—infection as celebrity. Beside it, nearly all the familiar mug shots, from Kanye and Kim to Harry and Meghan, have faded into irrelevance.

But not President Trump, however, crisis-managing via daily TV appearances, Drs. Deborah Birx and Anthony Fauci ever at his side. Governor Andrew Cuomo of hard-hit New York joined them in ubiquity, giving daily briefings of his own. How do their performances in this crisis compare to pandemics past?

George Washington, who lived through two, offers a handy yardstick.

The American Revolution coincided with a smallpox outbreak that eventually blanketed all of North America. The bug first appeared late in 1774 in British-occupied Boston. Soldiers in American forces besieging that city after the battles of Lexington and Concord began showing symptoms in mid-1775. Washington suspected that the enemy had smuggled sick persons or infected objects into American ranks.

Washington himself was immune, courtesy of a case contracted on a youthful trip to Barbados that left him with a scarred nose but also a get-out-of-lazaretto-free card. What to do for those not so favored? Edward Jenner had yet to discover vaccination, but an imperfect form of protection did exist. Passing an infected thread through a flesh wound—a longstanding process known as inoculation—brought on the disease, hopefully in mild form, rewarding survivors with immunity. The chance of death remained, but at a rate significantly lower than among patients caught by ordinary contagion. In a sparsely populated rural society, many feared, not unreasonably, to take that risk—why give oneself smallpox, if there was next to no likelihood that you would ever meet a carrier? In colonial America inoculation had been erratically employed and controversial; Benjamin Franklin, in his days as a journalist, had waged a newspaper campaign against the method. However, when thousands of young men from all over the rebellious colonies assembled in the newly created Continental Army, the danger of infection by contagion increased exponentially.

To contain an epidemic of smallpox, General Washington had the Continental Army secretly inoculated at Valley Forge.

Washington’s first remedy was to quarantine the sick, a constraint impossible in an army on the move. Forces he sent with Benedict Arnold across the wilderness of northern Maine to conquer Quebec at year’s end suffered horribly. Washington’s next thought was to require men to be inoculated in their home states, when and where they enlisted. But there was no way to ensure consistent proper inoculation. During the Valley Forge winter, 1777-78, Washington put the starving, shivering men under his immediate supervision through a program of on-site inoculation. This military public health program had to be undertaken in phases, and in secret, since the regimen temporarily weakened recipients. Had the enemy learned that a cohort of Washington’s effectives was out of commission, they might have launched a winter attack. Fortunately, the British remained clueless until the winter was almost over. During periods of robustness, meanwhile, Americans had learned infantry drill under Baron von Steuben. Washington’s army left Valley Forge professional—and immune.

Away from the battlefield, the disease spread. Elizabeth Fenn, author of Pox Americana, the classic account of that pandemic, traced the pathogen’s route through records kept by Spanish missionaries in New Mexico, where monthly tallies of burials suddenly spiked by an order of magnitude. Fenn wrote that the spectacle of death made manifest, over and over, even in these barren figures, made her weep. She found similar sinister eruptions in the records of the Hudson Bay Company, devastating Indians of the Canadian west who came into contact with fur traders.

Washington encountered his second pandemic early in his second term as president. In August 1793, yellow fever struck Philadelphia, the nation’s capital and largest city. Yellow fever, unlike smallpox, was terra incognita for 18th century medicine. The symptoms were obvious; fever, aches, chills, vomiting; then, in a second deadly phase, bloody vomit and jaundice. No one knew what caused the fever, or how to treat it. Doctors, some debating in the press, theorized that the ailment passed from person or person, or was borne by infected air. As means of prevention they recommended burning tobacco and gunpowder and rubbing oneself with camphor. For treatment they prescribed laying patients in large, airy rooms, or—favored by Dr. Benjamin Rush, Philadelphia’s premier medico—bleeding and purging. The disease is in fact spread by mosquitos, the vector Carlos Finlay and Walter Reed identified a century later. Eighteenth-century measures ranged from useless to annoying—all that smoke—to deadly.

As he had made his custom, President Washington left Philadelphia for Mount Vernon early that September, not intending to return until Congress met in December. Treasury Secretary Alexander Hamilton stayed longer and caught the fever but recovered, whereupon he decamped to Albany. Secretary of State Thomas Jefferson observed the unfolding disaster from the Philadelphia suburbs, or Monticello. Those men’s absence was not critical: peacetime disease control was then thought to be the province not of the federal government but of local officials. Most of Philadelphia officialdom, however, vamoosed. Governor Thomas Mifflin gave one unhelpful order—fire a cannon down the streets to clear the air—then left town. In Bring Out Your Dead J.H. Powell, modern chronicler of that pandemic, describes the exodus: “Councilmen left, and aldermen, judges and magistrates, clerks, brokers, chimney sweeps and carters. Constables fled, and nurses, drivers and notaries, printers, scribes and bankers. The 23 night watchmen supposed to be on duty every night dwindled to a handful.”

Responsibility for the stricken city reverted to Mayor Mathew Clarkson and an informal company of doughty volunteers. They were an odd lot: Clarkson was a conservative Federalist; many of his helpers were middle class Democrats. Absalom Jones, merchant, and Richard Allen, minister, were former slaves. Several were French immigrants. The cadre commandeered a vacant mansion and organized the regular pick-up, nursing, and burial of sufferers.

Through early fall the death toll mounted; altogether 5,000 died, a tenth of greater Philadelphia’s population. Washington wondered where the federal government could meet. Did he have the power to convene it elsewhere? Jefferson told him no, the capital’s location was fixed by law. Hamilton said yes, of course; desperate times require desperate measures. At the end of October Washington moved to Germantown, a suburb 10 miles north of the city proper. On November 10 he rode into town alone, bowing to the no-doubt astonished pedestrians he passed. Philadelphia looked healthy to him. So it was—the first frosts had killed the region’s murderous mosquitos.

What 18th century patterns reappear in the 21st? Dueling ignorance is a hardy perennial. Even when a proven remedy exists, as with inoculation and smallpox, doubters will doubt. When all is uncertain, as with yellow fever, doctors quarrel and, worse, take those quarrels to the media.

Now as then, the community’s psychological health tracks the same arc—panic, then endurance, then relief—and forgetfulness. “It is not deaths that make a plague,” writes Powell, “it is fear and hopelessness in people.”

As ever, cool heads remain vital, like Washington’s at Valley Forge, or Clarkson’s and his volunteers’. Even Benjamin Rush, wrong though he was about remedies, spread comfort by his unflagging attendance on the sick. If you need examples of that—and its opposite—turn on your TV.

This Déjà Vu column was published online at Historynet.com on April 22, 2020.