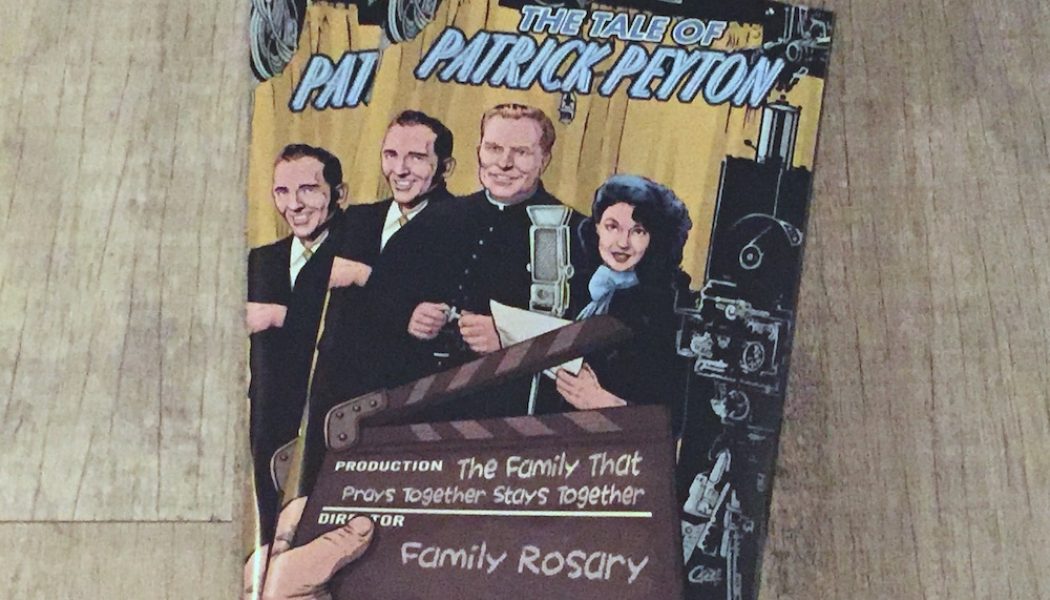 Actor Jim Caviezel is most well-known for his role as Jesus in The Passion of the Christ, but in recent years he also starred in the popular CBS series entitled, Person of Interest, as well as the movie, Paul, Apostle of Christ.

However, his career may have never gone anywhere if he did not have a providential encounter with Father Patrick Peyton in 1991.

At the time Caviezel was a young actor in Hollywood, trying to make it big. He was having little success and didn’t know what to do.

Then while driving down Sunset Boulevard he saw a sign that said “The Family that Prays Together, Stays Together.” Feeling spiritually lost, he knocked on the door to be greeted by an old priest. Caviezel asked to go to confession and the priest urged him to pray the Rosary and go to daily Mass. The priest also prophetically said there were “big things” in God’s plan for him.

After that encounter, Caviezel was forever changed and ended up in one of the most iconic roles of the 21st century when he played Jesus.

Caviezel readily admits that he doesn’t know what might have happened to him or his career if it wasn’t for the spiritual guidance of the old priest, who he later discovered was Father Peyton.

The full testimony of Caviezel can be found in the video below, relating the instrumental role Father Peyton and his apostolate had in his faith and acting career.

This story of Caviezel’s conversion is just one instance of Father Peyton’s remarkable influence on Hollywood during his life. He was not afraid to enlist the biggest stars to promote family prayer and helped launch the careers of many different actors and directors.

A small glimpse into Father Peyton’s inspiring life can be found in the new graphic novel produced by Voyage Comics entitled The Tale of Patrick Peyton. Many readers have been struck by his life, especially since recent generations have little knowledge of this amazing saint. Here are some of the customer reviews:

“Wow, I never knew this man existed. Your comic book makes this historical figure known in a fun way for all ages.”

“I was absolutely blown away by the artwork and the amazing story. Keep the comics coming!”

“I absolutely love The Tale of Patrick Peyton and can’t wait for more titles to become available! The story and illustrations are outstanding! This will make a great gift for anyone young or young at heart, or just looking to learn more about this American legend. Phil & his team do excellent work! Highly recommend.”

Father Peyton’s legacy is still alive and well and his cause for canonization is underway, being currently declared “venerable.”

–> Order your copy of The Tale of Patrick Peyton