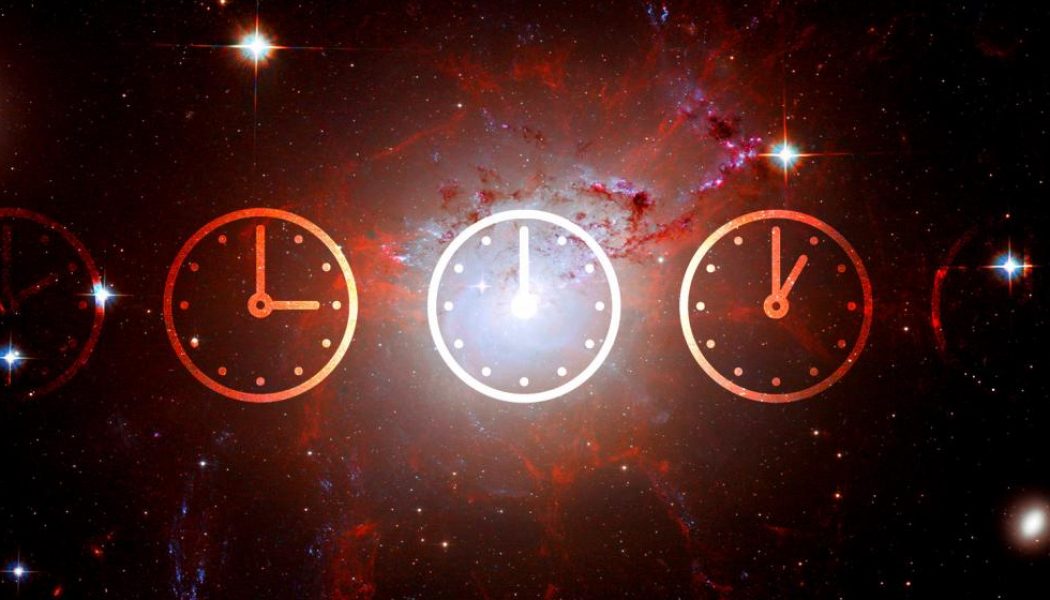 How rapidly is the universe expanding?

Since Edwin Hubble first discovered in 1929 that galaxies are getting farther apart over time, allowing scientists to trace the evolution of the universe back to an initial Big Bang, astronomers have struggled to measure the exact rate of this expansion. In particular, astronomers want to determine a number called the Hubble parameter, a measurement of how fast the cosmos is expanding as we speak. The Hubble parameter tells us the age of the universe, so measuring it was a major goal for many astronomers in the latter half of the 20th century.

The problem, however, is that measuring the Hubble parameter is, perhaps unsurprisingly, quite difficult. There are multiple methods for doing so, and modern observatories are coming up with different numbers depending on which method they use. It seems the number obtained based on the appearance of the universe shortly after the Big Bang is significantly smaller than the number obtained when looking at measurements involving objects closer by.

The early universe Hubble parameter, derived from observations by the European Space Agency’s Planck satellite, tells us the universe is about 13.8 billion years old. Meanwhile, the local cosmos measurements might yield an age nearly a billion years younger. If that smaller age is correct, it throws off the entire timeline of cosmic history, and could mess up our understanding of when and how various major events happened in the evolution of the universe.

To be clear: This discrepancy isn’t so huge that the Big Bang theory is in trouble, or that we have to rethink everything we know about the cosmos. But the discrepancy is large enough that some cosmologists — scientists studying the history and makeup of the universe as a whole — are suggesting the field is in crisis.

Adam Riess, the Johns Hopkins cosmologist who shared the 2011 Nobel Prize in physics, has argued strongly that we can’t ignore the discrepancy, because it keeps appearing, over and over again, in too many independent local cosmos observations to be a fluke. “If the universe fails this crucial end-to-end test (it surely hasn’t yet passed), what might this tell us?” Riess wrote in Nature. “It is tempting to think we may be seeing evidence of some ‘new physics’ in the cosmos.”

That could be the case, but “I would say it’s at least as likely that we still don’t understand what all the subtleties in these measurements are,” says cosmologist Arthur Kosowsky of the University of Pittsburgh (who was the author’s Ph.D. advisor), “and eventually they’ll converge to a single value [for the Hubble parameter].”

Indeed, the discrepancy could come down to little more than hidden biases in the measurements. To use an analogy, if you have an air rifle that pulls very slightly to the right as you shoot at a target, all your shots may be clustered around a single point, but that point will be to the right of the actual bullseye. The rifle introduces a systematic error to your normally good aim, right?

But the analogy is imperfect because in cosmology, we don’t know where the “bullseye” is: The precise value of the Hubble parameter can’t be calculated independently of measurements. Complicating matters further, none of the observations measure the Hubble parameter directly. Instead, they link different observable phenomena to the rate of cosmic expansion. The trick is to use multiple independent measurements as a check on one another, hoping that any systematic effects can be spotted in the process.

For example, the Planck satellite’s early-universe observations — those that tell us the universe is expanding more slowly — are based on something called the cosmic microwave background (CMB), which is light left over from about 400,000 years after the Big Bang. However, we aren’t seeing this light as it was way back then; we’re seeing it after it’s passed through clusters of galaxies and entered the Milky Way, with extra light from other sources added in. To get anything useful out of CMB data, astronomers have to subtract everything that isn’t primordial; while they’re very good at that, there might still be room for systematic bias in the way the subtraction is done.

Measurements based on closer objects — which yield a slightly younger age — are based on type Ia supernovas, which are the explosions of super-dense objects called white dwarfs; the pulsations of very large stars; and the gravitational distortion of light as it passes by galaxies. Each type of measurement has its own set of systematic biases that must be corrected. It’s also worth noting that while their Hubble parameter values are close to each other, they aren’t in precise agreement either. In other words, all of these observations are complex enough that their results aren’t completely settled.

New types of observation are underway, which might help identify where bias exists in Hubble parameter measurements. Removing those biases would bring the Hubble numbers into agreement.

But what if the numbers are right? That could be indicative of some previously unknown phenomenon in the very early universe, from the epoch before the first atoms formed. Perhaps dark energy, which we know is driving cosmic expansion to accelerate in the modern era, played a role far earlier than most cosmologists think. Maybe there are extra particles that were important when the universe was smaller and denser, but whose influence was diluted over billions of years.

None of these possibilities are perfect, but whatever the right answer, it’s a big deal.

“I don’t have a crystal ball better than anyone else, but I think that these measurements are just really hard,” Kosowsky says. However, his caution doesn’t mean he wouldn’t be happy to be wrong. “I’m rooting for it to come out the other way, that this is actually showing us something exciting about cosmology.”

Want more essential commentary and analysis like this delivered straight to your inbox? Sign up for The Week’s “Today’s best articles” newsletter here.