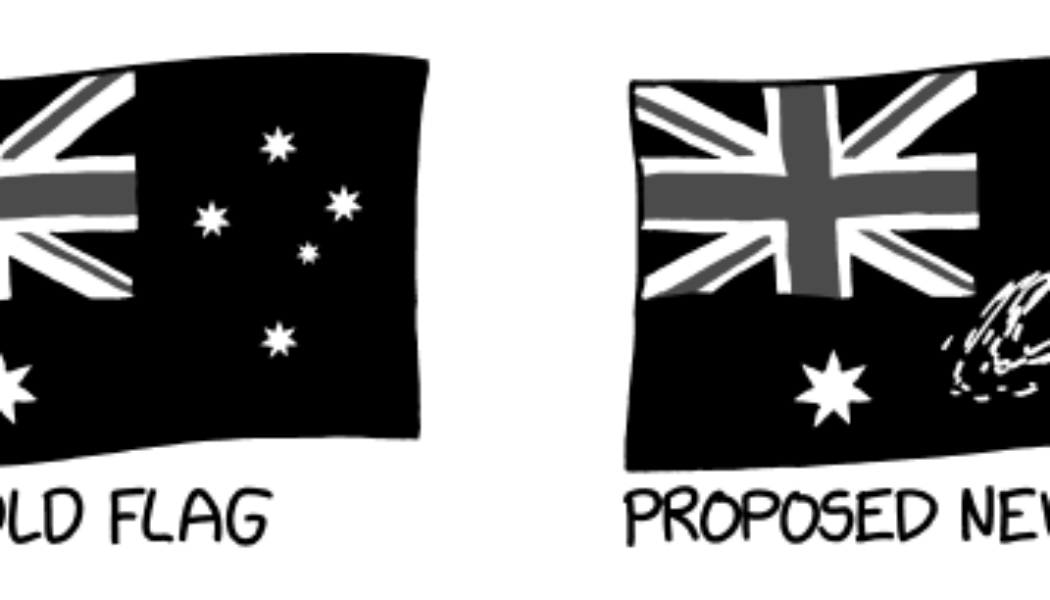 If every country’s airspace extended up forever, which country would own the largest percentage of the galaxy at any given time?

Today’s question is adapted from What If 2: Additional Serious Scientific Answers to Absurd Hypothetical Questions, which contains many more What If answers and is available now!

Congratulations to Australia, new rulers of the galaxy.

The Australian flag has a number of symbols on it, including five stars that represent the stars of the Southern Cross.[1]Epsilon Crucis has five points, while the others have seven, implying that the view of Epsilon is from a telescope with different lens geometry from the others. Minor symbolic/graphic design choice? Or clue to a secret multiversal alliance between parallel universe Australias? No way to know for sure! Based on the answer to this question, maybe their flag designers should think bigger.

Countries in the southern hemisphere have an advantage when it comes to star ownership. Earth’s axis is tilted relative to the Milky Way; our North Pole points generally away from the galaxy’s center. 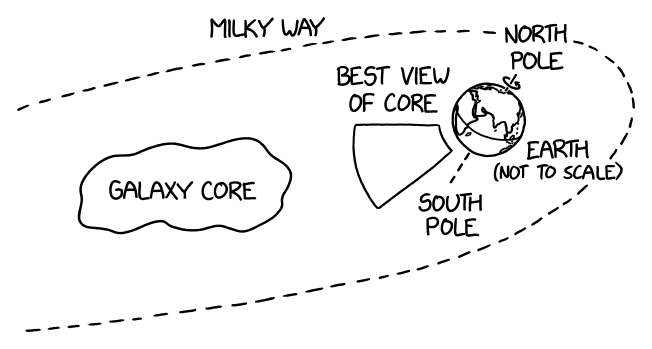 If each country’s airspace extended upward forever, the core of the galaxy would stay under the control of countries in the southern hemisphere, changing hands over the course of each day as the Earth rotates.

At its peak, Australia would control more stars than any other country. The supermassive black hole at the core of the galaxy would enter Australian airspace every day south of Brisbane, near the small town of Broadwater. 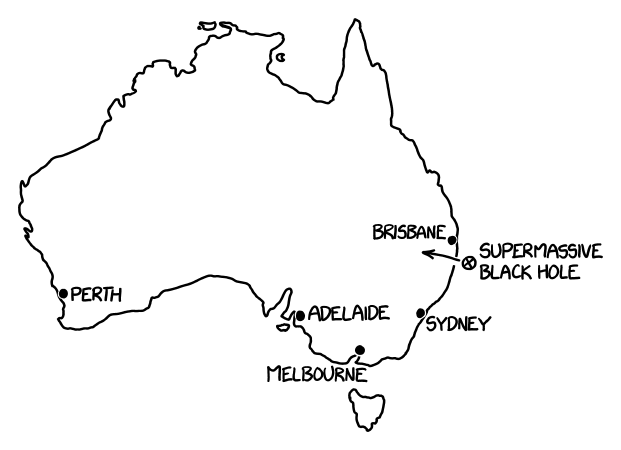 After about an hour, almost the entire galactic core—along with a substantial chunk of the disk—would be within Australian jurisdiction.

At various times throughout the day, the galactic core would pass through the domain of South Africa, Lesotho, Brazil, Argentina, and Chile. The United States, Europe, and most of Asia would have to be content with outer sections of the galactic disk.

The northern hemisphere isn’t left with the dregs, though. The outer galactic disk has some cool things in it—like Cygnus X-1, a black hole currently devouring a supergiant star.[2]Cygnus X-1 was the subject of a famous bet between astrophysicists Stephen Hawking and Kip Thorne over whether it was a black hole or not. Hawking, who had spent much of his career studying black holes, bet that it wasn’t. He figured that if black holes turned out not to exist, at least he would win the bet as a consolation prize. In the end, luckily for his legacy, he lost. Each day, as the core of the galaxy crossed the Pacific, Cygnus X-1 would enter the United States’s airspace over North Carolina. 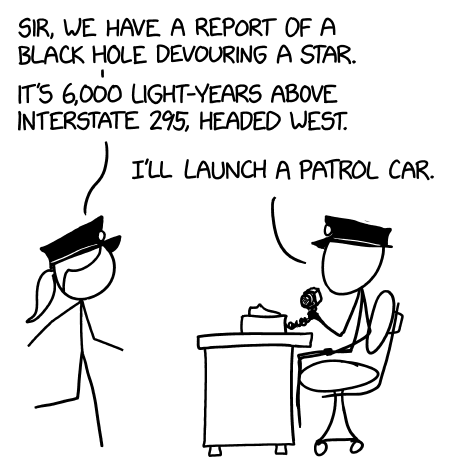 While owning a black hole would be cool, the United States would also have millions of planetary systems constantly moving in and out of its territory—which might cause some problems.

The star 47 Ursae Majoris has at least three planets and probably more. If any of those planets have life on them, then once a day all that life passes through the United States. That means that there’s a period of a few minutes each day where any murders on those planets technically happen in New Jersey.

Luckily for the New Jersey court system, altitudes above about 12 miles are generally considered “high seas.” According to the American Bar Association’s Winter 2012 issue of the Admiralty and Maritime Law Committee Newsletter, this means that deaths above these altitudes—even deaths in space—are arguably covered by the 1920 Death on the High Seas Act, or DOHSA.

But if any aliens on 47 Ursae Majoris are considering bringing a lawsuit in a US court under DOHSA, they’re going to be disappointed. DOHSA has a statute of limitations of 3 years, but 47 Ursae Majoris is more than 40 light-years away… 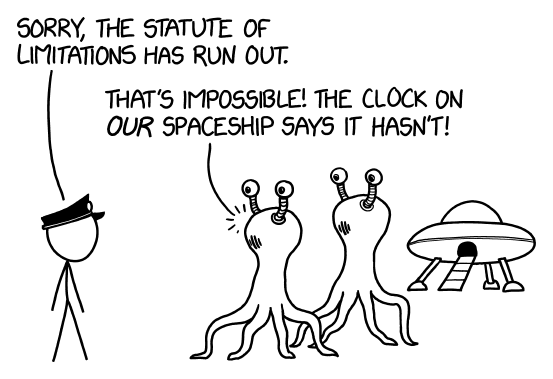 …which means it’s physically impossible for them to file charges in time.