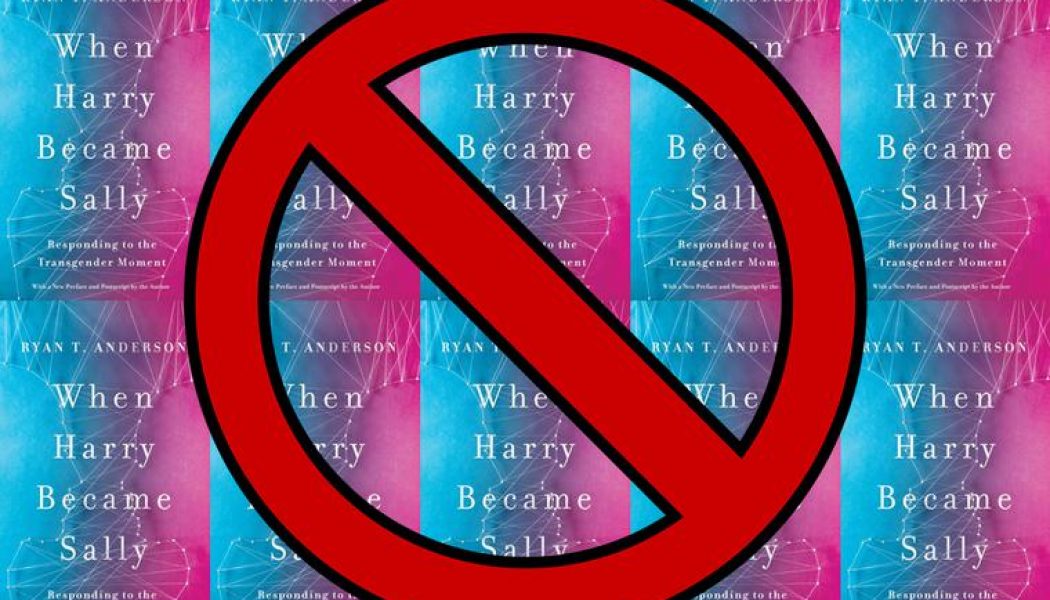 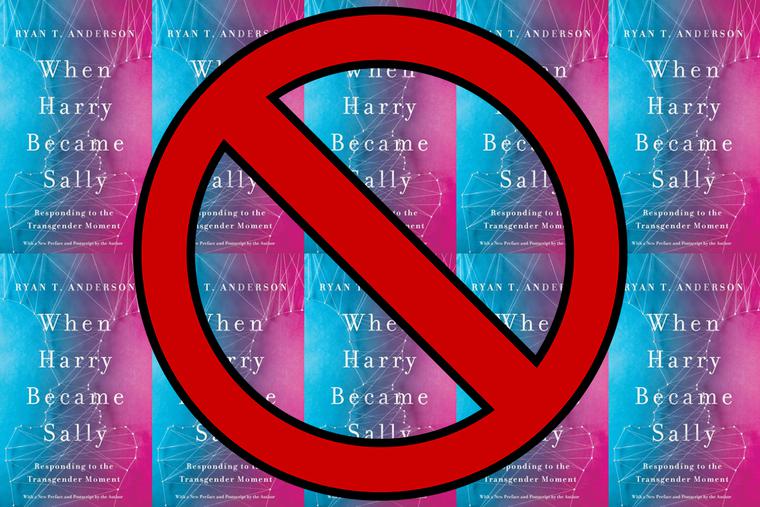 I’m not just happy to teach a banned book. I’m elated — and grateful.

As to being grateful, I am thankful to be at Franciscan University, where professors can actually teach truths now considered heretical by “cancel culture.”

Why, just this semester I was able to pass on to our students the astounding fact that there are only two sexes (male and female), a fact with considerable support from our biology department.

And that brings me to the book that I’ve been teaching (in Human Life Studies) since it was published in 2018 — Ryan Anderson’s When Harry Became Sally: Responding to the Transgender Moment.

(That link, by the way, takes you to Barnes & Noble, not the eminently execrable Amazon, which banned the book.)

If you haven’t heard about Anderson’s very fine book being banned, the reason is that you were not meant to hear about it. Amazon silently slipped it off the website, dropping it down the Orwellian memory hole without notifying the publisher or author first.

Amazon’s explanation — offered only when pushed by four senators — was that they “have chosen not to sell books that frame LGBTQ+ identity as a mental illness.”

If I might translate on Amazon’s behalf, they “have chosen to silence those who are pointing out the scientifically evident destruction of young girls and boys with gender dysphoria, a clinically diagnosable psychological disorder. This destruction is brought about by transgender activists bent not only on manipulating those young girls and boys suffering from gender dysphoria but on creatinggender dysphoria in countless others through propaganda and psychological exploitation. The desired result of these efforts is to push these young children into taking puberty blockers, being treated with opposite sex hormones, and submitting to irreversible reconstructive surgery — all of which are demonstrably harmful.”

I grant that this is, of course, a rough translation on my part, but not nearly as rough (i.e., blunt and brutally honest) as the extended treatment I give the whole issue of transgenderism in my class. And I thank Ryan Anderson for giving us such a sober and sobering analysis of the abominable manipulation of gender dysphoria by transgender activists.

As I’ve argued in a previous essay, the most effective way of stopping the transgender juggernaut is for an army of lawyers to start suing the doctors, social workers, psychologists and transgender activist organizations on behalf of those children who have found out — too late, unfortunately — that taking puberty blockers and then opposite sex hormones, and undergoing reconstructive surgery, all cause irreversible damage about which they were not properly warned and which they could not have fully understood at the young age they were pushed into it all.

Perhaps Amazon might be included in class actions lawsuits as complicit in making necessary information unavailable.

I would like to add another effective way — join me and others who use Ryan Anderson’s When Harry Became Sally to get across to students the real dangers of the “transgender moment,” as Ryan calls it. It is certainly a fine book for any and every Catholic high school and university to use, as well as many other private schools. Of course, homeschoolers can very easily use it as well.

In fact, all parents should be teaching it to their children, regardless of what their schools or colleges are doing.

Order it now — say, from the publisher itself. Order two copies. Make it a bestseller. But not at Amazon.

In fact, don’t order anything from Amazon. Ever.

Perhaps write them a little note that says that you “have chosen not to support an oversized monopoly that censors books meant to save children from scientifically demonstrable physical and psychological harm.”