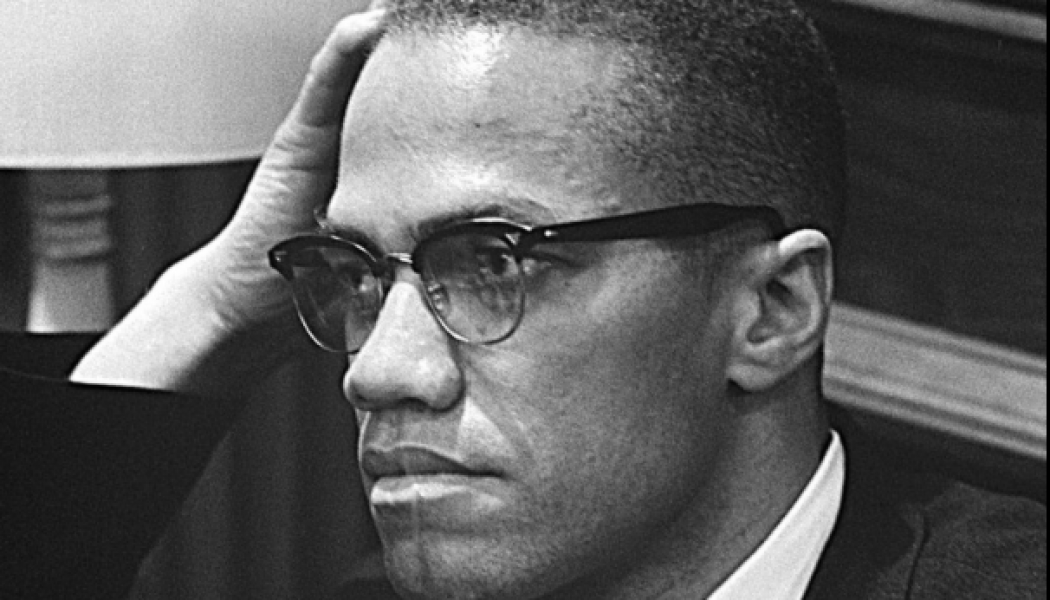 As one who grew up in the Motor City, I have long been interested in and drawn to African-American culture, including studying the subject at the University of Michigan. As a young child, I remember Martin Luther King, Jr., his stirring speeches, and the tragic day he was killed in April 1968.

Three years earlier, another black leader, not as beloved as MLK because of some incendiary and even radical rhetoric, was also murdered. While I disagree with him on some key issues, especially on Jesus Christ and his Catholic Church, I also admire this man for his ability to argue and his advocacy of the nuclear family as a natural institution essential for human flourishing (see CCC 2207ff.).

I speak of Malcolm X (1925-1965). And I wonder: what might he say and advocate in this troubled year 2020? He would certainly affirm that black lives matter, a claim only genuine racists such as the anti-Catholic Ku Klux Klan (KKK) would oppose. Yet, I am also convinced that Malcolm would counter the organization Black Lives Matter (BLM) for its opposition to the nuclear family and the rights of parents to choose the best schools for their children.

Going nuclear on the family

Given its Marxist and other radical roots, BLM opposes the “Western-prescribed nuclear family.” While BLM deleted the “what we believe” page from its website last month because of widespread criticism, including from black leaders (0:51ff.), the organization has not repudiated its principles and remains committed to its causes.

As Karl Marx and Friedrich Engels make clear in the Communist Manifesto and related documents, e.g., “The Principles of Communism,” Marxism seeks to “educate children on a communal basis, and in this way removes the two bases of traditional marriage—the dependence rooted in private property, of the women on the man, and of the children on the parents.”

We disrupt the Western-prescribed nuclear family structure requirement by supporting each other as extended families and “villages” that collectively care for one another, especially our children, to the degree that mothers, parents, and children are comfortable.

The indispensable role of the nuclear family

In contrast, after his own difficult childhood and time in prison, Malcolm X ardently defended the nuclear family as fundamental to human development, realizing this institution is affirmed in cultures across the world—from China and Japan, to India and Africa, to Arab countries and the Americas. He was a faithful husband and father of six daughters, the youngest of whom—the twins Malikah and Malaak—were not yet born when their father was murdered on February 21, 1965. So the idea of abortion would’ve been anathema to Malcolm, in contrast to BLM, which is committed to “liberating lives through reproductive justice,” even though blacks disproportionately account for about 36 percent of all abortions in America.

Malcolm understood that historic racism has fueled greater family breakdown in America in the black community. The unwed birthrate for blacks was 23.6 percent in 1963, a figure considered epidemic at the time, though today it is more than 70 percent for blacks and over 40 percent for the general population.

At the same time, and in words which could apply to all men in our sexually misguided culture decades later, Malcolm exhorted blacks to live chastely in order to achieve personal and societal advancement, as he conveyed in his autobiography:

The white man wants black men to stay immoral, unclean and ignorant. As long as we stay in these conditions we will keep on begging him and he will control us. We never can win freedom and justice and equality until we are doing something for ourselves!” (254-55, emphasis original).

Marcellus Wiley, a black man and commentator for Fox Sports, agrees with Malcolm X on the importance of fathers. In response to BLM’s beliefs, he cited data that children from single-parent homes are much more likely to commit suicide, abuse drugs, drop out of high school, commit rape, and end up in prison than their two-parent counterparts. Wiley, who was valedictorian of his Catholic high school, adds that these statistics reaffirmed his lived experience of growing up on the rough streets of Compton, California:

I knew that! You know why I knew it?! Because a lot of my friends didn’t have family structures that were nuclear like mine, and they found themselves outside their goals, and dreams and aspirations.

Defending the nuclear family would cost Malcolm X his life, when he decried the hypocrisy of Elijah Muhammad, the long-time leader of the Nation of Islam, for fathering eight children with six of his teenaged secretaries. As Malcolm told Alex Haley, who wrote his autobiography, “the real reason” for his alienation from the married Muhammad was because “I had objected to the immorality of the man who professed to be more moral than anybody”. During the last year of the black leader’s life, the Nation of Islam used various means, including political cartoons, to convey that Malcolm X deserved death, and acolytes of Muhammad carried out the hit accordingly. It is an open question as to whether some have escaped temporal justice.

When politics take precedence over people

As Communism mandates the “free education for all children in public schools” (emphasis added), BLM is also committed to state-run schools, instead of supporting the taxpayer rights of inner-city blacks, many of whom have been gravely failed by public schools systems across the country. BLM is joined by its partner the National Association for the Advancement of Colored People (NAACP), which is also beholden to national and state teachers unions.

Including under the ruse of racism, the NAACP has long opposed the rights of blacks and other parents to choose the schools they deem best for their children, whether public or private, religious or secular. As the group makes clear: “We also oppose public funding of vouchers to attend private schools.”

While he wasn’t a Catholic, I think Malcolm X would join the Church in arguing for taxpayer credits and vouchers as just means to rectify the reprehensible performance of inner-city public schools:

As those first responsible for the education of their children, parents have the right to choose a school for them which corresponds to their own convictions. This right is fundamental. . . . Public authorities have the duty of guaranteeing this parental right and of ensuring the concrete conditions for its exercise (CCC 2229, emphasis original).

In his day, Malcolm X criticized (0:43ff) the lack of black leadership in groups like the NAACP (2:52ff.) In our present day, and in words he used before, I can imagine Malcolm X ripping BLM and the NAACP for prioritizing political allegiance over the educational advancement of black people: