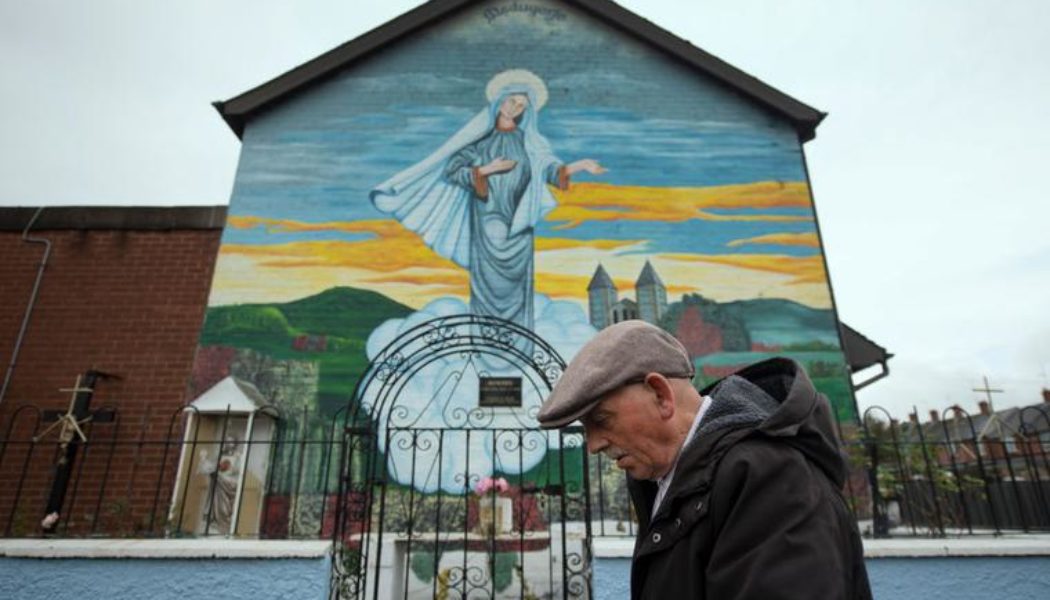 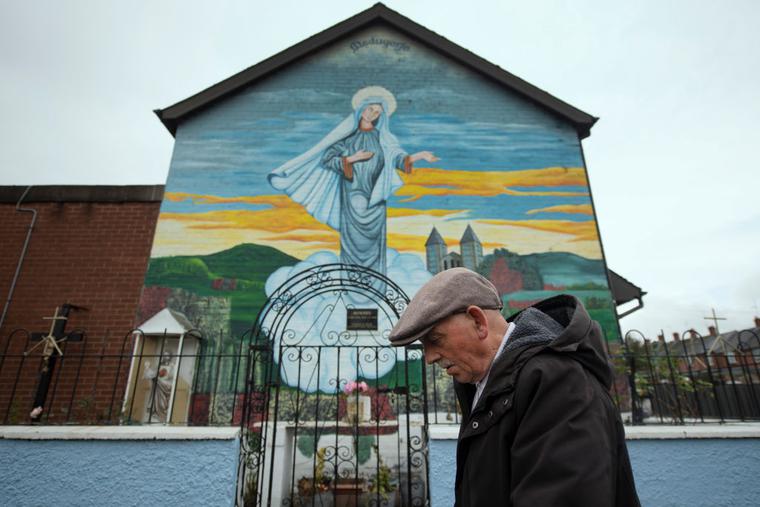 Northern Ireland’s predominantly Protestant identity has been its foundational premise ever since its creation a century ago — until now.

“We are a Protestant parliament and a Protestant State,” the first prime minister of Northern Ireland, Sir James Craig, confidently asserted before the legislature of the nascent state in 1921. His successor, Basil Brooke, went further and admonished a group of Protestant farmers: “Many in this audience employ Catholics, but I have not one about my place. … If we in Ulster allow Roman Catholics to work on our farms, we are traitors to Ulster,” he said.

Both men typified the founding narrative of Northern Ireland. Created in 1921 in the six northeastern counties of Ireland, it was to remain part of the United Kingdom when the 26 southern counties won independence. A geographical anomaly, the borders were drawn deliberately to ensure a 2:1 Protestant-Catholic ratio, since most Protestants favored being part of Britain, while most Catholics — supported by Church leaders — wanted an independent Ireland.

But, to say that just over a hundred years since creation the founders would be turning in their graves, is probably an understatement.

The fresh data has led to calls for a referendum for voters to decide whether to remain part of Britain or join with the rest of Ireland and form a new country.

The proportion of the resident population, which is either Catholic or brought up as Catholic, is now 45.7%, compared to 43.48% Protestant.

The previous census, in 2011, found that 45.1% of the population were Catholic or brought up Catholic. It found 48.4% were from a Protestant or other Christian background.

Following Northern Ireland’s creation, the Catholic minority in the north — initially about a third of inhabitants — faced severe restrictions. Many Catholic workers were chased from their jobs in traditional industries. Catholics also complained of widespread discrimination in the allocation of housing, voting rights and employment in a state they were not welcome to participate in.

Despite the discrimination, the growth of the Catholic population has continued steadily since the first Northern Ireland census in 1926 — dipping only during the early years of the 1968-1998 civil conflict known as “The Troubles,” when many Catholics emigrated.

Deirdre Heenan, professor of social policy at the University of Ulster, described the first census showing a Catholic plurality as “monumental.”

Professor Heenan told the Register, “We have to look back at the history of the state, how it was created, the decades of discrimination [against Catholics] and really what we then need to do is have a look at where we are at the moment and what we want for our future.”

Under the terms of the 1998 Good Friday Agreement — which brought an end to 30 years of bloody sectarian conflict that killed more than 3,500 people — the constitutional status of Northern Ireland can be changed only with the consent of its population.

The British government is obliged to call a referendum on Irish unity if it believes there has been a shift in public opinion that would indicate a majority in favor of such constitutional change.

John Finucane, a lawmaker with the Sinn Féin party, which campaigns for Irish unity, said the census indicated that “historic change is happening.”

In a statement, he described the results as “another clear indication that historic change is happening across this island and of the diversity of society which enriches us all.

“We can all be part of shaping a better future — a new constitutional future and a new Ireland,” he said.

Northern Ireland remains the most religious part of the United Kingdom. But, here too secularism is climbing. Close to one-fifth of the population now say they have no religion, up from approximately one in 10 reported in the last census.

Interestingly, the majority of those listing no religion on the census come from a Protestant background, according to the figures.

Approximately 330,000 people clearly said they are of no religion, while a further 30,000 did not state anything.

In total, 17.39% listed no religion, with a further 1.6% not stating any, an increase from just over ten per cent a decade ago.

Overall, 42.31% of the population stated they are Catholic compared to just under 46% who answered that they came from that background. And while 43.48% state they were brought up in a Protestant or other Christian background, the percentage listing this as an active religion is around 37%.

Church leaders have been reluctant to comment publicly on the data. They point to the fact that “Catholic” in an Irish context can sometimes be as much as a nationalist political identity as it is a religious one. One bishop, who did not wish to be named, said, “Put it like this: I am not investigating the possibility of building more churches to accommodate the growth in the Catholic population.

“It’s great that people bring their children to be baptized in such large numbers, but the reality we’re facing is that many of our people are baptized without believing,” the prelate said.

There is also the fact that both Sinn Féin and the Social Democratic and Labour Party (SDLP) — the parties that traditionally represent the Catholic viewpoint in Northern Ireland — have drifted significantly from that tradition. Both parties were enthusiastic supporters of the recent legalizing of both same-sex civil marriage and abortion.

There is even some small anecdotal evidence that some Catholics are eschewing traditional loyalties and voting for Protestant-dominated parties like the Democratic Unionist Party (DUP) because of its opposition to abortion and same-sex marriage.

And anecdotal the evidence will likely remain since people are, understandably, reluctant to voice such intentions publicly.

Father Martin Magill, a Belfast-based priest who runs the ‘Four Corners Festival’ in the city which aims to bring together Catholics and Protestants, described the figures as “not a big surprise.”

However, he was cautious about assuming that the increase in the number of people describing themselves as Catholic would have an impact in parish life. There is “quite a disconnect between what the figures are saying and what is happening on the ground,” he told the Register.

The high numbers on paper are not being reflected “in the number of those coming through the door on Saturday evening or Sunday morning.”

“It’s not translating into people coming to the church,” the parish priest of St. John’s on the Falls Road said.

Michael Kelly is the editor of The Irish Catholic. He writes from Dublin.