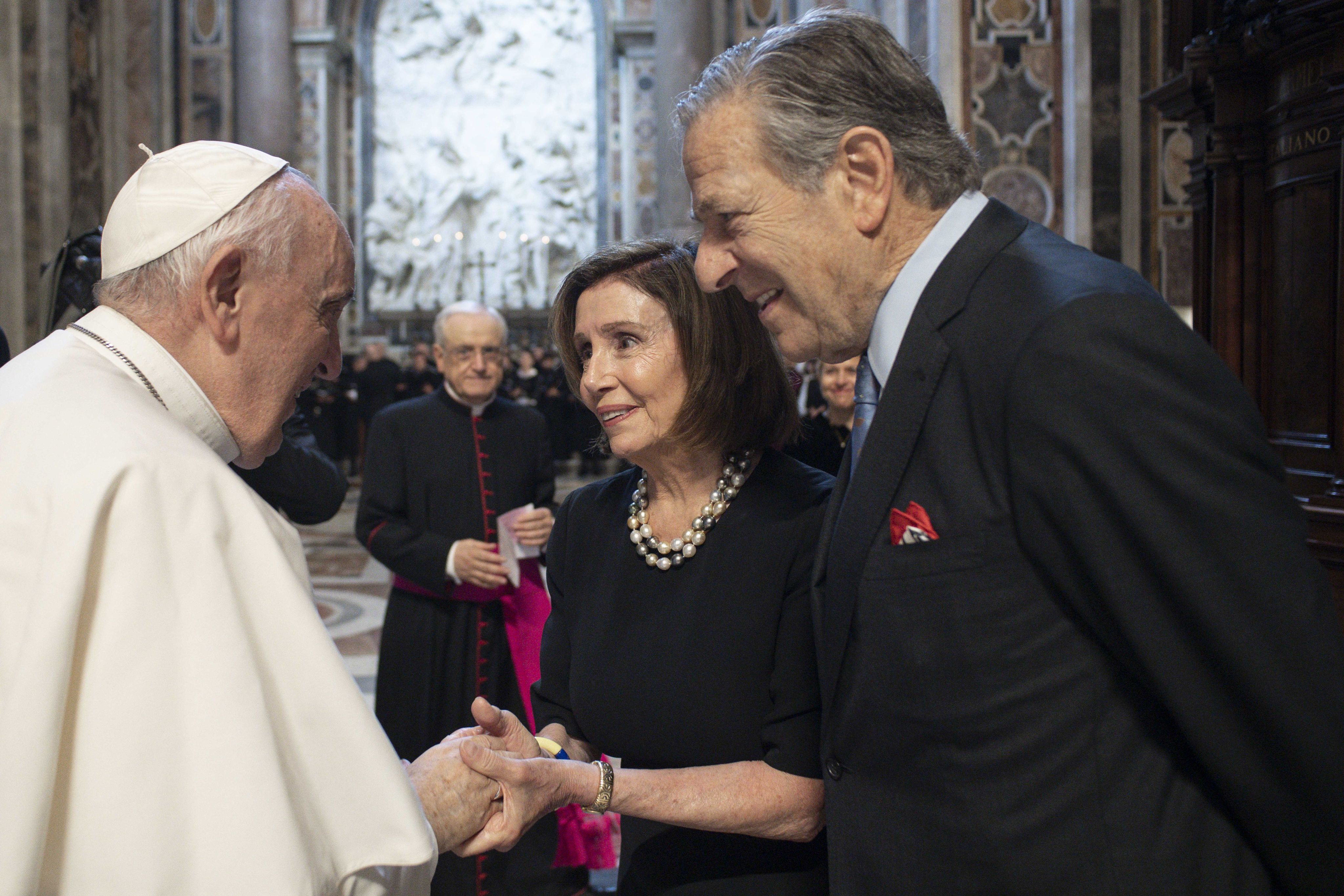 “I ask: Is it legitimate, is it right, to eliminate a human life to resolve a problem?” Pope Francis said.

He was also asked about the debate over whether Catholic politicians who promote legal abortion should be admitted to Holy Communion.

In May, U.S. House Speaker Nancy Pelosi was barred from receiving Communion in her home diocese of San Francisco by Archbishop Salvatore Cordileone because of her advocacy of abortion.

Pelosi (D-Calif.) reportedly received Holy Communion at a Mass with Pope Francis at the Vatican on June 29. It is not clear if the pope was aware that Pelosi attended, though the Vatican issued a photo showing the two greeting each other in St. Peter’s Basilica.