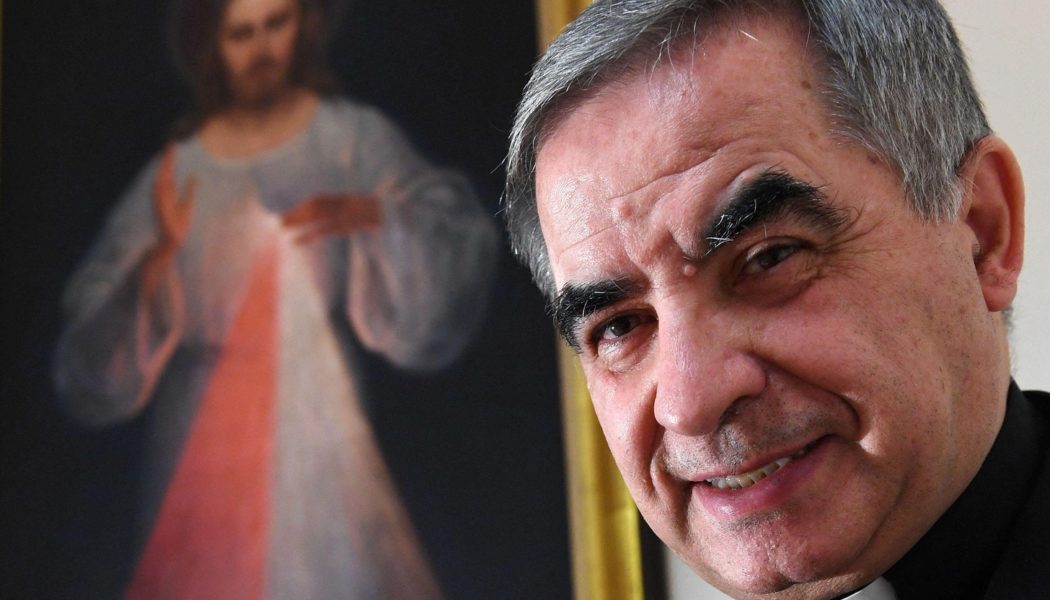 The Vatican’s historic criminal trial of Cardinal Angelo Becciu and nine other defendants could come to an end Wednesday, if judges rule that the case’s investigative phase should be reopened because prosecutors have not followed the rules of evidence and criminal procedure.

That ruling wouldn’t formally bring the case to an end, but it would be widely understood as a sign that the Vatican City’s prosecutors are not up to the job they’ve been given, and need a mulligan to set things right. If judges give them a reset, there is a decent chance the case will never again see the inside of a courtroom.

In fact, the reason prosecutors offered to reopen their investigation is because they’ve been hammered by the defense with criticisms of their work up to this point. And the defense have both a European regulatory agency and a British judge on their side; both have also criticized prosecutorial efforts in the case.

It would be regarded as a major victory for the defense counsel if they managed to discredit the Vatican’s prosecutors on just the second day of hearings in the Vatican’s sprawling financial scandal trial.

But if judges rule this week that the trial should continue without interruption, defense lawyers have already telegraphed their next move.

Rather than again discredit the prosecution, they’ll next aim to discredit Vatican City State’s entire criminal justice system. And they might succeed.

Ahead of a hearing in the trial Tuesday, Cardinal Angelo Becciu’s lawyer argued that his client would be tried unjustly in the Vatican, since the Vatican City State is not a party to the treaties which allow for appeals to the European Court of Human Rights. Becciu would be effectively without resource, his lawyer argued, which does not meet the standards of justice expected in contemporary European countries.

At the same time, lawyers representing Becciu’s alleged conspirator, Cecilia Marogna, have argued that the Vatican’s judiciary can’t really be considered independent, since judges serve at the will of the pope and have taken loyalty oaths to him, as do officials in the city state.

While lawyers made those arguments in the Vatican City State court, they probably don’t expect the tribunal’s chief judge, Giuseppe Pignatone, to agree with them. It would be unusual for a judge to effectively declare his courtroom to be a kind of kangaroo court, meting out only the appearance of justice.

But defense attorneys might be building a case for the Vatican City State’s judicial illegitimacy for consideration by Italian judges. And if they are, the arguments could have serious diplomatic implications.

You read The Pillar because you want smart, serious coverage of the Church. Now share it with your friends:

Attorneys making motions and arguments which claim the Vatican City State’s courts are not legitimate organs of justice might be preparing to argue to the Italian government that any willingness to incarcerate defendants in the finance trial would be effectively complicity in unjust and unlawful imprisonment.

The Vatican City State would say it is a sovereign entity, with the right to conduct its courts according to its own law. But if lawyers are able to persuade Italian judges that Vatican criminal courts are procedurally illegitimate, they could put a halt to any cooperation from Italy in the court’s proceedings.

That would not only damage the credibility of the Vatican City State’s international sovereignty, it would also render it practically impossible for its judiciary to proceed, since the city-state would have no place to actually sentence convicted criminals.

The move could potentially force the Vatican City State to significantly amend its judiciary, or seek participation in the European appellate system.

All of that is unlikely to actually play out, at least to those ends.

But the threat is there, in the arguments already made in court. And the prospect of pursuing that approach might be enough to see Pignatone decide to stop things before they get out of hand — allowing prosecutors to reinterview defendants and witnesses, compelling them to share evidence with the defense, and otherwise giving the defense lawyers what they regard as a fair shake, and what prosecutors consider a pass to stymie their case.

It is ironic that Cardinal Angelo Becciu, who has always insisted he is absolutely loyal to the pope, might walk out of court a free man because Vatican judges are seen as too loyal to the pope. But in a case already stranger than fiction, that could be exactly what happens.

And with only two days in the courtroom under their belts, the lawyers representing a group of alleged extortionists and conspirators may have boxed in Vatican prosecutors and judges exactly where they want them.

Their clients are accused of doing whatever it takes to win the day — and their attorneys, it seems, might well be cut from the same cloth.

The Pillar’s coverage of the Vatican trial is second to none. That’s why you read. Now consider becoming a paid subscriber.