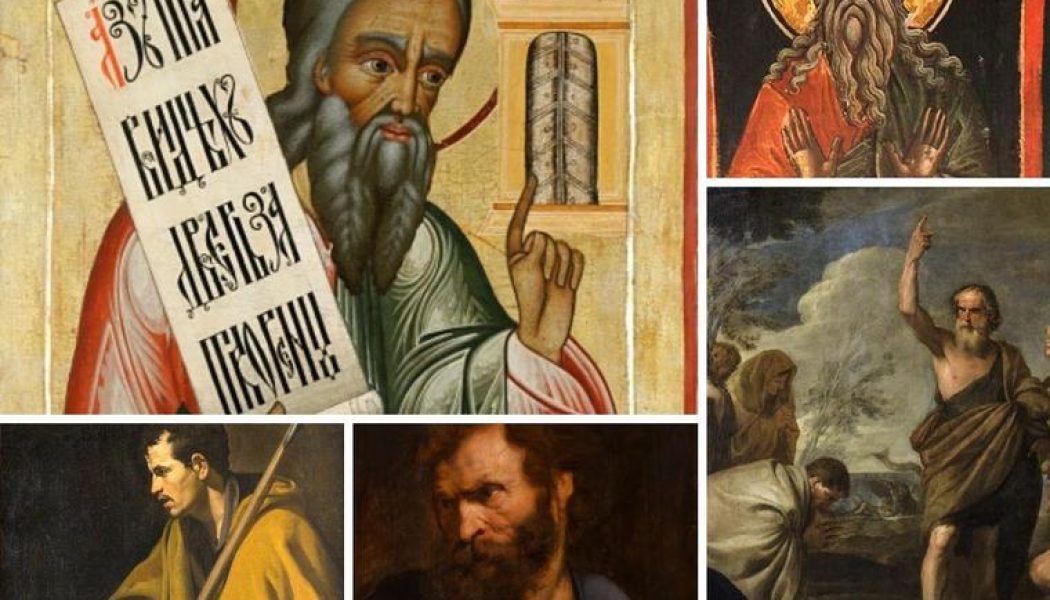 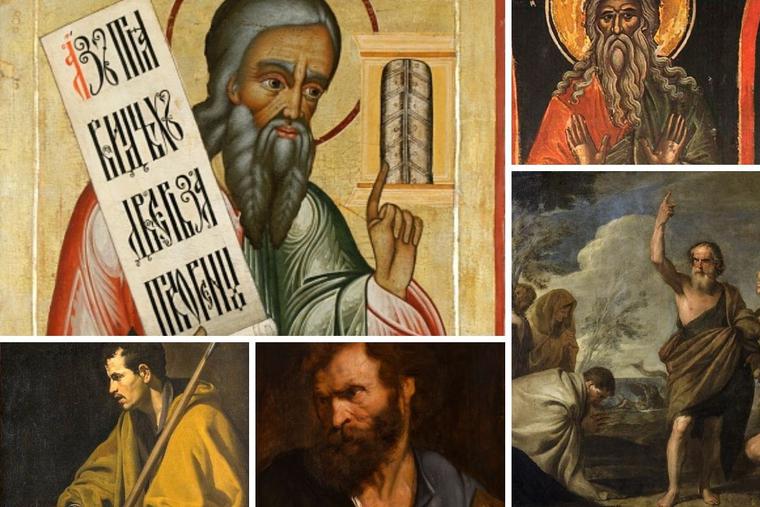 As one of the oldest continuous Christian communities in the world, the Christians of Iraq — whom Pope Francis will visit March 5-8 — have not only given the world a culturally rich ecclesiastical heritage, but also accorded the Church innumerable great saints, many of whom are martyrs for the faith.

The apostles St. Thomas and St. Jude (Thaddeus) brought the faith to the country in the first century, in what was then the region of Mesopotamia. St. Thomas established the Church of the East there and St. Jude soon followed, becoming the Church’s leader and travelling through Mesopotamia, Libya, Turkey, and Persia where, with the apostle St. Simon the Zealot, he preached and brought souls to Christ.

But even before the apostles’ arrival, ancient Iraq was sacred ground: It was the birthplace of great Old Testament prophets venerated as saints in the Eastern Catholic and Orthodox Churches.

These include St. Ezekiel, the prophet son of Buzi, born in Iraq in the 6th century B.C. St. Ezekiel prophesied the destruction of Jerusalem and the restoration of the land of Israel. Another is St. Ezra, the prophet, priest, scribe and so-called “father of Judaism” or “second Moses” who left Babylon in 5th century B.C. and reconstituted the Jewish community on the basis of the Torah. His work helped place law at the center of Judaism, enabling the Jewish people to survive as a community across the world.

Then there is St. Jonah, the prophet called upon by God to travel to Nineveh and warn its residents of impending divine wrath but who instead boards a ship to Tarshish, is caught in a storm, and swallowed by a fish. Jonah eventually agrees to go to Nineveh, the fish vomits him onto the shore, and he successfully convinces Nineveh to repent.

After the Resurrection and the Gospel began to be preached in ancient Iraq, other well-known saints began to emerge.

These include the martyr St. Polychronius, bishop of Babylon, who was arrested during the persecution of Emperor Decius in the 3rd century. Along with three priests (Parmenius, Helimenas, Chrysotelus) and two deacons (Luke and Mocius), St. Polychronius was arrested and commanded to offer sacrifice to idols — which he firmly refused. St. Polychronius remained silent during interrogation, leading Decius to have him struck in the mouth with stones until he died. The priests and deacons were also martyred.

Living soon after St. Polychronius was St. Julian Saba (Saba meaning ‘old man’ in Aramaic), a Syriac-speaking hermit from the banks of the Euphrates River who entered monastic life at the age of eight. St. Julian is known to have given succour to Christians in the Eastern Empire during the period of renewed persecution by Emperor Julian the Apostate. He practiced asceticism and founded several monasteries before dying of natural causes in 367.

Another Iraqi saint from that time was St. Marolus of Milan, born near Babylon on the banks of the Tigris. Probably due to persecution, St. Marolus was raised in Syria and then moved to Rome where he became friends with Pope Innocent I. He finally moved to Milan where he was made bishop in 408 and headed the diocese during the Visigoth invasion when he helped victims and refugees. He died in 423 of natural causes and was buried in Milan.

St. Matthew the Hermit — especially loved by Iraqi Christians who know him as Mar Matta — was a 4th-century priest born in a village north of Amida in northern Mesopotamia. During the persecution of Julian the Apostate, Matthew and other monks fled to Mt. Alfaf in northern Iraq where he practised asceticism and became well-known as a miracle-worker. Prince Benham, son of King Sinharib of Assur, visited St. Matthew and aware of his gifts as a miracle-worker, asked him to return with him to Assur and heal his sister, Sarah. He travelled back with him, healed her of her affliction, and Behnam, Sarah, and forty slaves subsequently converted to Christianity. After the saint baptised them, he returned to Mt. Alfaf, but King Sinharib discovered the group’s conversion, and all suffered martyrdom as they tried to escape to Mt. Alfaf. The king was driven mad, leading the queen to bring him to the place of the martyrs’ death. There they met Mar Matta who healed King Sinharib of his madness, and the saint baptised him and his wife. Mar Matta requested a monastery be constructed on Mt. Alfaf which the king agreed to, and it later became the Monastery of St. Matthew, where the saint lived, died and was buried.

A slightly later and also well-known saint in Iraq is Isaac of Nineveh, known to Iraqis as “Ishaq of Nineveh.” Born in the region of Beth Qatraye in south east Mesopotamia near modern-day Qatar around 613, the 7th century saint became Syriac bishop of Nineveh and was known for his writings on Christian asceticism and theology. As bishop, administrative duties did not suit his academic and retiring nature, and he asked to abdicate after only five months. He subsequently lived an ascetic life in solitude for many years, leaving a rich corpus of work on the spiritual life.

“The saints of Iraq aren’t all declared saints by the Vatican, but we know through history that there are many thousands of them,” said Chaldean Archbishop Michaeel Najeeb OP of Mosul. “They perform miracles, pray, are holy men and women, possibly not literate, living in the mountains — simplicity being the mark of real saints.”

Regarding modern martyrs, who gave their lives in the name of Christ in the face of Islamism, are the 48 worshippers massacred by Islamists at the Syriac Catholic Church of Our Lady of Salvation in Baghdad in 2010 (their beatification cause is underway), Sister Cecilia Moshi Hanna, brutally killed in Baghdad in 2002, Chaldean priest Father Ragheed Ganni, who studied in Rome in the 2000s, and his three deacons, all gunned down by Islamist terrorists in Mosul in 2007, and Archbishop Faraj Raho, Archbishop Najeeb’s predecessor in Mosul, who was kidnapped and killed in 2008.

Although the Vatican has yet to formally declare them saints, Archbishop Najeeb, who was a friend of Father Ganni and Archbishop Raho, doesn’t doubt their sanctity because they were “killed in the name of Jesus” — repeating, he said, what happening to the Church in Iraq 2,000 years ago.

“I saw many, many Christians killed without reason just because they’re Christians,” Archbishop Najeeb told the Register, recalling attacks by Al-Qaeda militants and then later members of Islamic State. “They are all ipso facto saints.”

Their witness, he said, is invaluable for today, “an example for future generations not to be afraid. ISIS forced us to choose between three things: leave without taking anything, convert to Islam, or die. They all preferred to leave — I saw many people, young and old, leave with just the clothes they had on, and no one renounced their faith. That is a saint’s life.”

As a result of their witness, Christianity in Iraq “is more powerful than the past, our faith is stronger than before because God has given us a power, passion, and hope for the future, and that’s why we return to Nineveh and Mosul,” he said.

He is therefore hoping the Pope will bring a “good surprise” when he visits Iraq this week and formally declare some of those who suffered martyrs and saints.

“It would be something very good and give us a lot of strength,” he said. “I dream for that.”