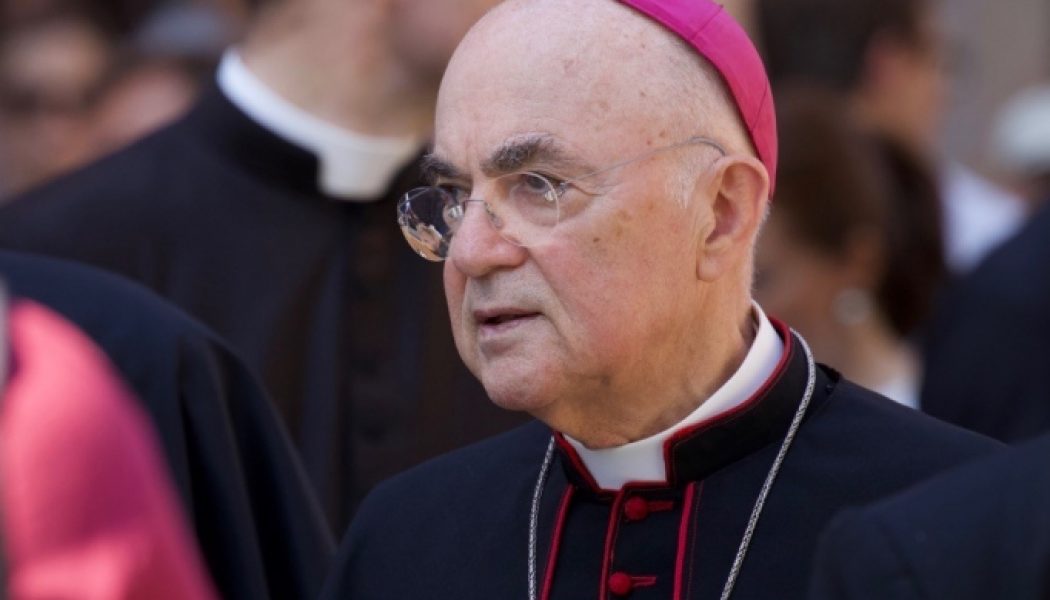 COMMENTARY: In his latest ‘testimony,’ the former nuncio holds a position contrary to the Catholic faith on the authority of ecumenical councils.

Two years after his incendiary whistleblowing about Theodore McCarrick, where does Archbishop Carlo Maria Viganò stand?

That original “testimony” was — as I characterized it in 2018 — “reckless” and “unfair” in the breadth of those it accused, its rather uneven appeal to facts, and its foolish call for the Holy Father to resign. Yet it did offer some specific claims about how the McCarrick allegations were handled under Benedict XVI and Pope Francis, and there was enough semblance of truth in what Archbishop Viganò wrote that it prompted the Vatican to commission a comprehensive review and report on McCarrick’s career.

That report, reportedly the size of a small book, is still infamously pending.

Archbishop Viganò’s most clear violation of his oaths of office — the breaking of the pontifical secret — appears a less grave offense today than two years ago. Last December, Pope Francis abolished the pontifical secret in sexual-abuse cases. The papal move did not exactly address the circumstances of Archbishop Viganò’s disclosures, but in retrospect, it alters how they are perceived.

But in the summer of 2020, Archbishop Viganò has moved on quite a bit from McCarrick.

He began the year by entering a controversy, of which he had no part, to denounce Archbishop Georg Gänswein, the personal secretary to Pope Benedict XVI, for “abusive and systematic control” of the pope emeritus, extending back to the time when Benedict was serving as pope.

It was a sign of the things to come, interventions ever more extravagant and more frequent.

Archbishop Viganò would no longer restrict himself to commentary about things of which he had specific knowledge, namely the McCarrick affair, with which he would have been familiar as a nuncio to the United States, from 2011 to 2016. As the year progressed, Archbishop Viganò would issue, with growing rapidity, statements about the broad sweep of recent Church history, the coronavirus and one world government. This culminated in an attack on the Second Vatican Council, which, not to put too fine a point on it, he called a “devil council.”

It is a remarkable place at which to arrive. Archbishop Viganò holds, to put it succinctly, a position contrary to the Catholic faith on the authority of ecumenical councils. LifeSiteNews, a news agency sympathetic to the archbishop, ran a meticulous commentary by professor John Paul Meenan demonstrating the weaknesses in Archbishop Viganò’s argument and his theological mistakes.

The more remarkable response came from Capuchin Father Thomas Weinandy, a former doctrinal officer of the U.S. Conference of Catholic Bishops. He was appointed by Pope Francis to the International Theological Commission in 2014.

Father Weinandy’s response offers a devastating account of where Archbishop Viganò put himself.

In placing his own personal interpretation above the authority of an ecumenical council, Archbishop Viganò risks the very schism he denounces.

The consequences could not be more serious, as Father Weinandy notes that Archbishop Viganò’s “position smacks of being the unforgivable sin against the Holy Spirit. One has essentially placed one’s own judgment over that of the Council.”

“Archbishop Viganò sees the Second Vatican Council as schismatic, and even more than this, as heretical,” Father Weinandy continues. “My concern is that, in his radical reading of the Council, the archbishop is spawning his own schism. Through the all-pervasive social media, he, and those who voice opinions similar to his own, are leading God’s people, particularly the young, not into the Church but out of the Church.”

Schism. Heresy. Devil’s work. Unforgivable sin. How is it that such words are now being applied to Archbishop Viganò by respected and careful voices?

The archbishop’s rise was conventional. A talented man from a wealthy Italian family, he followed the well-trodden path that priests from rich Italian families often do. He entered the Holy See’s diplomatic service and distinguished himself by years of exemplary service.

In 1992, St. John Paul II personally ordained him on Divine Mercy Sunday and sent him to serve as nuncio to Nigeria, the most important Catholic country in Africa. It was an unusually prestigious appointment for a first-time nuncio, indicating the high esteem in which he was held.

Upon return to Rome in 1998, he was appointed delegate for pontifical representatives, a sort of personnel chief for Vatican diplomats. It was a delicate position, only to be entrusted to a highly respected official. In 2009, he was appointed secretary of the governatorato, the administration of the Vatican City State. As the No. 2 in that office, Archbishop Viganò quickly established a reputation as a reformer, unafraid to challenge powerful people in his efforts at financial reform and to root out corruption.

In 2011, Archbishop Viganò — by his own account, as punishment for upsetting the wrong people — was sent to Washington as nuncio to the United States. As far as banishments go, it was hardly a humiliation. In Washington he earned generally positive reviews for his work. He retired in 2016 at the age of 75.

How did this heretofore conventional and distinguished man arrive, as he approaches his 80th birthday, at views that he has heretofore never voiced? Radical views that, had he expressed them before, would have meant an early end to his illustrious career?

He would have certainly disciplined his subordinates had they voiced them as he is now doing. Indeed, had a bishop in Nigeria or the United States said then what he is saying now, Archbishop Viganò the apostolic nuncio would have been demanding a correction immediately.

To mark how far Archbishop Viganò has traveled, he now rejects the famous “hermeneutic of reform and continuity” of Benedict XVI in regard to Vatican II. The archbishop now holds what Benedict himself condemned, namely the “hermeneutic of rupture.”

Has Archbishop Viganò come to a new and radical appraisal in his retirement of long-standing and settled issues? Or is there another explanation for his increasingly inflammatory and erratic interventions?

Some people, even former admirers, think he may have become a bit unstable, yet rendering an accurate assessment has been near impossible, given that he has been in hiding since 2018. His writings are all we have. And now, even Father Weinandy questions whether they are truly authentic.

Priest, curialist, diplomat, nuncio, administrator, reformer, whistleblower. Is it possible that, at the end of it all, heretic and schismatic would be added to that list?