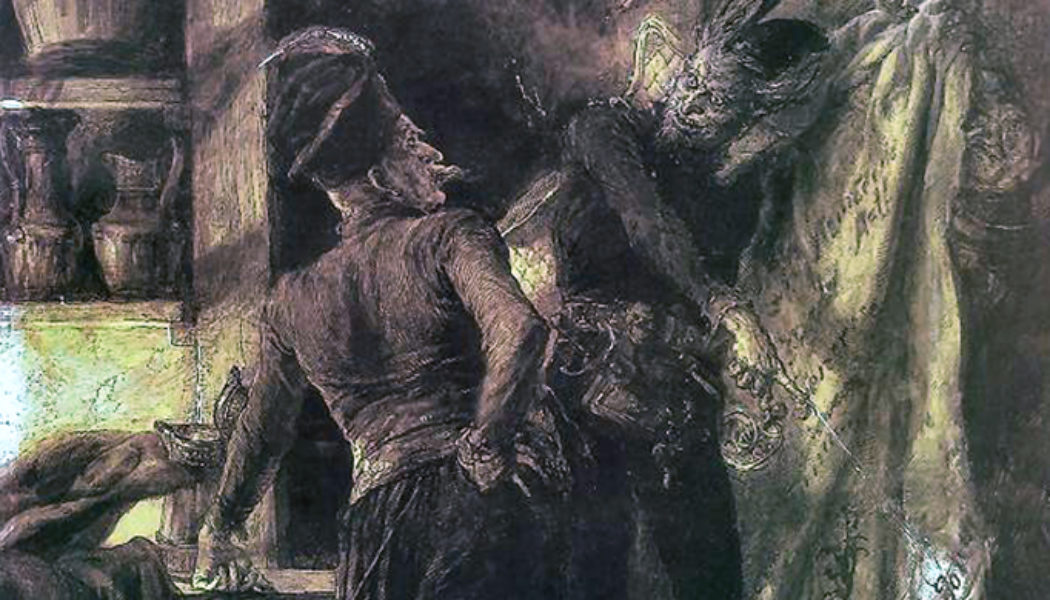 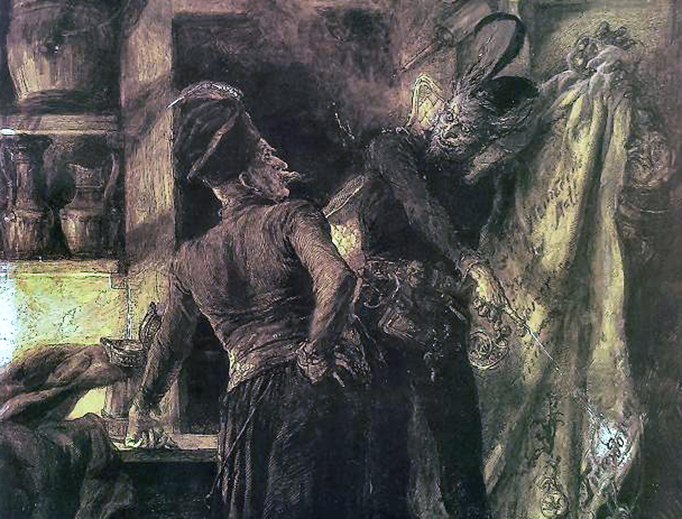 You have been bought at a great price, and the glory of that is only yours to share.

Recent reports have spoken of rock stars selling their souls for fame and fortune. In the world of music such claims are not unknown.

Three centuries earlier Paganini was said to have done so, so too in the last century was the Blues guitarist Robert Johnson. This hint of ‘devilishness’ in the public persona of musicians has only added to their allure, even if in both cases there is not a shred of evidence of either having done so.

More recently rock acts of the 1960s were charged with having sold their souls. The Beatles, The Rolling Stones, Led Zeppelin, to name but a few, have all had the finger of suspicion pointed at them. Whatever the veracity of such claims, they did wonders for record sales. No doubt, however, the success of these bands was due more to professional musicianship and canny marketing rather than any diabolic pacts signed in blood late one night at a crossroads.

Of course, I didn’t think such pacts existed for real. Then, only last year, I was contacted by someone who asked to speak to me on account of an article I had written about occult influences on 1960s pop culture.

Some mutual acquaintances had put us in touch, so she was not a complete stranger. Nevertheless, the tale she told was shocking. In the 1980s and 1990s, she had worked in high fashion and through that gained access to the then music industry. She had witnessed the excesses of that world and seen its idols at close quarters. She claimed to know what the secret was for such unbridled success—namely, that some had sold their souls.

After our conversation ended, I did some fact-checking. Her tale, certainly the names she mentioned and the lives she recounted, tallied with what was on the public record. I could not fault the fact that she appeared to be acquainted with those of whom she spoke, not least because she had brought a set of photographs to show me. The faces on these images were all too recognizable.

My informant had wanted me to write a book about her life experiences. I warned her against such a move. For a start, I said, no one would believe her. Secondly, the rich and powerful through their lawyers would finish off the both of us. Having listened, reluctantly, she agreed with my argument, and we left it at that.

Nevertheless, after our meeting, I was unnerved, initially, at least. Could such things really happen outside of horror films? Could people really sell their immortal souls?

As time wore on, I forgot all about it until reading the recent headlines.

As to celebrities who claim to have sold their souls and are now worried about it, I would offer one piece of advice, namely, a good Confession. This is more effective than even an exorcism. In fact, I would suggest any Catholic concerned about underselling one’s immortal soul to join the queue for that sacrament at any Catholic church.

In the end, talk of selling one’s soul is sensational and cheap. It needs to be countered with the daily realization that we have been bought at a great price, and the glory of that is only ours to share.

With that in mind, perhaps when next we examine our consciences, rather than selling our souls to the devil, we should ask instead how much God-given time we have frittered away and with it the ability for our lives to be an effective Christian witness in this world? Then, too, on reflection, we might find ourselves joining the queue for Confession.