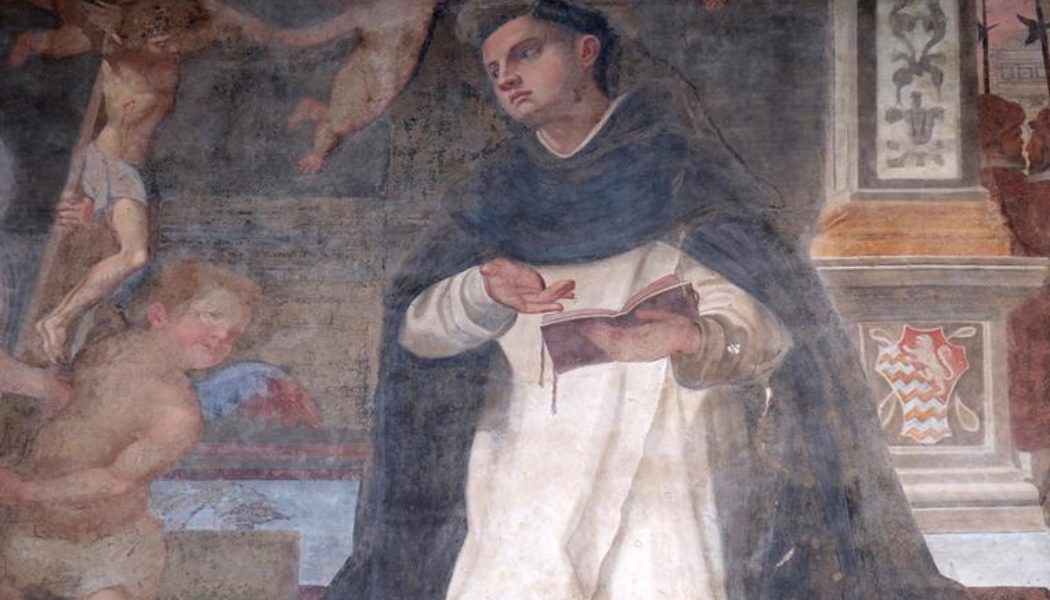 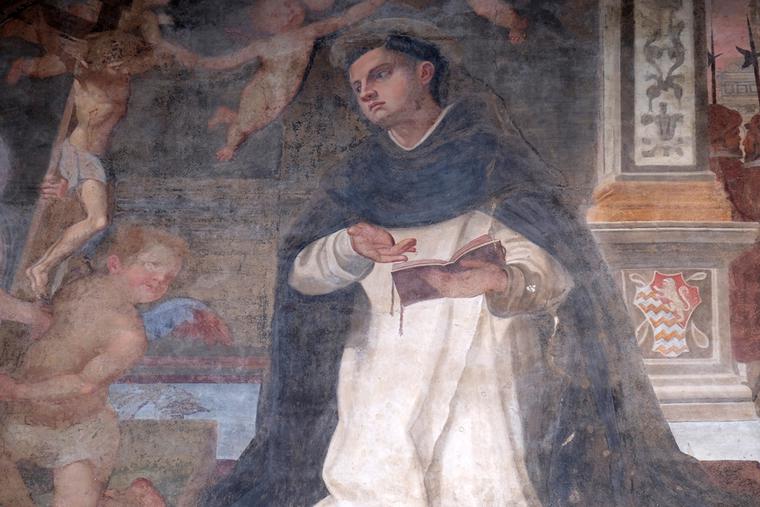 COMMENTARY: ‘How is it that the billions of stars live in such harmony,’ Aquinas asked, ‘when most men can barely go a minute without declaring war in their minds?’

The philosophy of St. Thomas Aquinas is highly systematic, profound, mystical and elaborate, and was recorded in the 13th century. In a word, it is “formidable.” And yet, Aquinas is the master par excellence of common sense. His philosophy has a remarkable affinity with the human mind and the organs of sensation. His philosophy is to the human mind what Bach’s music is to the ear or what the sculptures of Michelangelo are to the eye. He is the Angelic Doctor, but he is down-to-earth.

Jacques Maritain was the foremost proponent of Thomism in the 20th century. For him, Aquinas was not just another interesting thinker, but “the thinker,” just as Aquinas regarded Aristotle as “the Philosopher,” “St. Paul as “the Apostle,” and Moses Maimonides as “the Rabbi.”

Consider Maritain’s response in becoming acquainted with the thought of the Angelic Doctor:

“Henceforth, in affirming to myself, without chicanery or diminution, the authentic value of the reality of our human instruments of knowledge, I was already a Thomist without knowing it. … When several months later I came to the Summa Theologiae, I would construct no impediment to its luminous flood.”

That same “luminous flood” entered the mind and heart of the distinguished American novelist Flannery O’Connor. She would read the Summa each night before going to bed. If her mother would say to her, “Turn off the light. It’s getting late,” Flannery would respond by saying, … “the light, being eternal and limitless, cannot be turned off.”

The testimonials of Maritain and O’Connor suggest that the luminous philosophy of St. Thomas Aquinas has a such a wonderful affinity for the mind that it is a philosophy, at least potentially, for everyone. Moreover, both Maritain and O’Connor possessed the humility to approach Aquinas without prejudice. Maritain referred to himself as the “Peasant of the Garrone,” while O’Connor dubbed herself a “Hillbilly Thomist.”

Novelist Norman Mailer stated that if he ever met Aquinas in the next world, he would commend him for his most excellent phrase, “the authority of the senses.” Our eyes and ears bear upon a world we did not make. They are reliable reporters of what is going on in realty. They do not fabricate dreams, ideals or fantasies. They anchor in a world of common sense so that different people can see exactly the same thing. Mount Rushmore is not an illusion. Truth has its foundation in extra-mental reality.

Truth, therefore, is not the “cash value of an idea,” as William James proposed, but the conformity of the mind with its object. It is something we all can share. A mere collection of disparate opinions breeds chaos.

The great physicist, Werner Heisenberg, credited Aquinas for being the most open-minded thinker he had ever come across. Aquinas read practically everything that was available to him, and with respect. He warned against “the man of a single book.” In a spirit of generosity, he said that we must love “those whose opinions we share and those whose opinions we reject, for both have labored in the search of truth, and both have helped us in finding it.”

For Aquinas, every effect must have a cause. Nothing comes into being from nothing. This simple, but indisputable principle is the basis for his five proofs for the existence of God. There must be a primary cause that sets all effects in motion. And this primary cause is God: “There must be a first mover existing above all and this is what we call God.”

He also recognized the reality and objectivity of the nature. Human nature describes each of us and morality is simply a way of acting that is both in accord with our nature and perfective of it.

For all his intellectual prowess, he remained a man of the people. “Friendship,” he averred, “is the source of the greatest pleasure, and without friends, even the most agreeable pursuits become tedious.” He maintained that the greatest of all friendships is between husband and wife. Yet he was anything but naive.

“How is it that the billions of stars live in such harmony,” he asked, “when most men can barely go a minute without declaring war in their minds?”

One of Aquinas’ most important contributions during his time was establishing the harmony between faith and reason. Both faith and reason relate to the same God. A Christian would appear ridiculous, he held, if he presented a dogma of faith that was contradicted by science.

Always a man of balance, Aquinas described mercy without justice as “The mother of dissolution,” whereas justice without mercy is “cruelty.”

The philosophy of St. Thomas Aquinas is readily available for anyone to sample. The obstacles in the way of its understanding can easily be removed so that it’s “luminous flood” can inform and delight all seekers of wisdom.